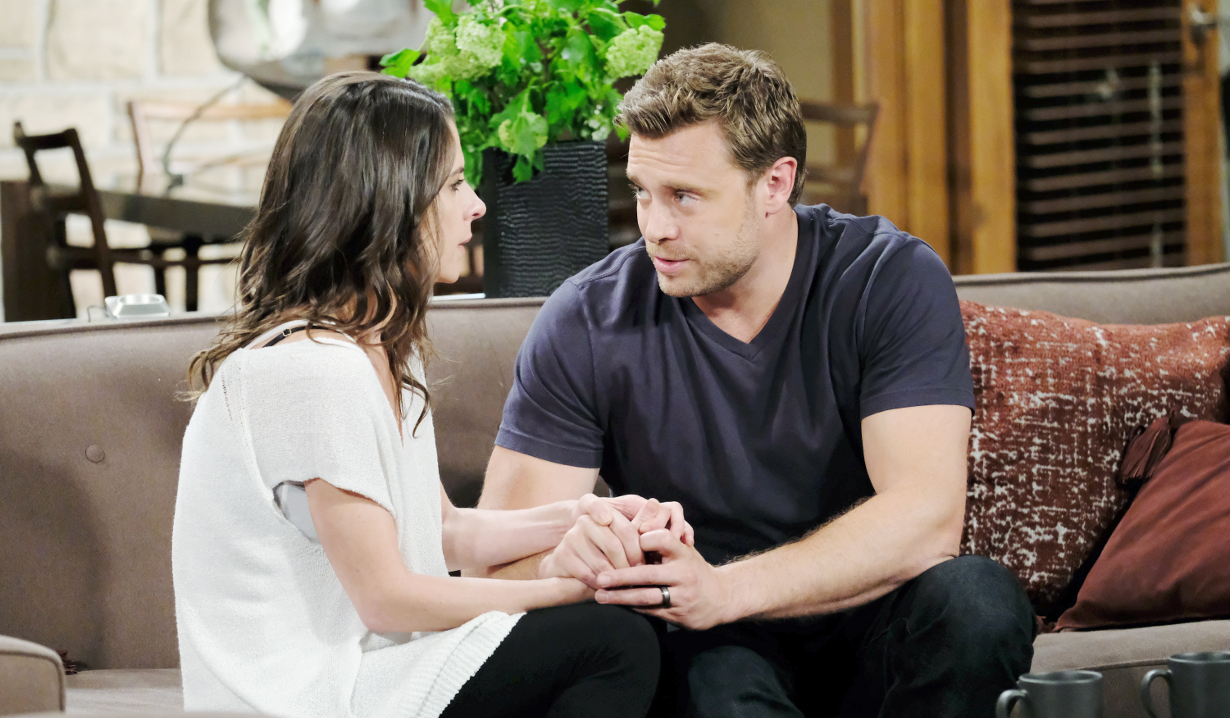 Caught and facing the consequences.

The Bold and the Beautiful:
Ridge and Quinn debate what will happen if they tell Eric about their relationship. Things may turn out worse than they were expecting since Sheila has already broken the news to him. As Eric lashes out at Ridge, Katie tells Quinn to suck up the mess she made. Meanwhile, Bill probes Brooke about why she ended things with Ridge and RJ’s date with Coco is not the smash they were expecting when she crashes Ridge’s car. Check out Soaps.com’s The Bold and the Beautiful spoilers to learn how Sally and Thomas plan to make some waves.

Days of our Lives:
While Lani goes under hypnosis to try and recover grisly details from the night that Deimos died, Sonny is wracked with guilt and starts making confessions. As he ponders what to do, Gabi and Chad try to reconnect, but that’s difficult when they’re dragged into being witnesses at Dario and Abby’s rushed wedding. Across Salem, Kayla faces problems at work thanks to Tripp and Nicole is caught lying. Read the Days of our Lives spoilers to find out who is sitting in jail.

More: Soap actors in Battle of the Network Stars

General Hospital:
Sam continues to go downhill fast and tries to keep Jason from figuring it out. Things are looking up briefly for Jordan when she manages to reconcile with Curtis, but her luck changes when she’s forced to make a sacrifice. On the other end of Port Charles, Nina gets a call from Valentin and Olivia gets something wrong. Take a look at our General Hospital spoilers to discover who Anna receives some comforting from.

The Young and the Restless:
Things at Brash & Sassy get nasty as Billy tears into Cane for betraying the women in his life. Mr. Ashby soon finds himself being kicked to the curb and that makes him desperate. Meanwhile, Nikki is feeling a different kind of desperate thanks to the pressure from the concert so Nick suggests that she ditch it. And Kevin heads back to Genoa City, but may not get far after Chloe’s obsessed doctor messes with his car and disaster results. Visit The Young and the Restless spoilers to learn what happens between Hilary and Jordan.

You Know You’re in a Soap Opera...