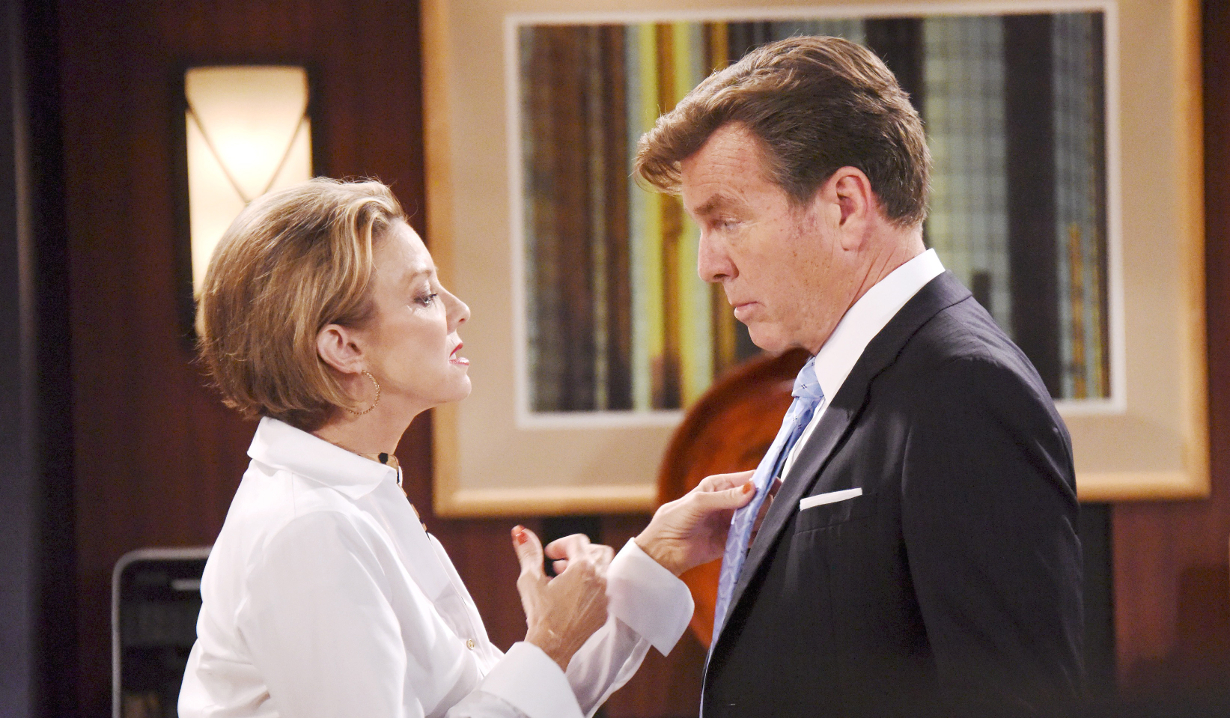 The start of romance and a dead body.

The Bold and the Beautiful:
The chaos continues among the Avants as the fight over the adoption papers escalates. While Julius is lashing out at Maya, Wyatt is doing his best for Katie as he encourages her in her new job. That gives Katie the confidence to go to Steffy with her ideas for the summer collection. While Katie is putting that together, Ridge remains smugly sure that no one will figure out his secret. That could prove disastrous since even Pam can’t stop Charlie from obsessing over Ridge and Quinn. Check out Soaps.com’s The Bold and the Beautiful spoilers to learn who becomes an item.

Days of our Lives:
The island castaways have returned to Salem but it’s far from clear sailing for them. Chad and Abby shudder as they realize their divorce is final, but that could change fast after they’re drugged. Meanwhile, drugs are pushing Hope toward her potential demise. Across town, Gabi stumbles over a corpse while Nicole and Eric lock lips. And Anjelica and Adrienne’s battle gets physical. Read the Days of our Lives spoilers to find out who pops the question.

General Hospital:
While Carly has a hard time getting past her doubts, Josslyn runs around lying to Bobbie until she ends up with something to panic about. Meanwhile, Kiki tries to keep Ava calm as she struggles and Finn tries to keep his mouth shut. Across Port Charles, Spencer is determined to get back what he falls entitled to and Nina resorts to blackmail to get what she wants. Take a look at our General Hospital spoilers to discover who has a serious chat with Dillon.

The Young and the Restless:
Lily faces off with Juliet and finally gets all the gory details about what happened in that hotel room with Cane. He’s not the only one whose secret is coming out. Sharon uncovers what Nick has been hiding while he decides it’s about time that he tells Chelsea something significant. Across Genoa City, Jack smells weakness and decides to exploit it to his advantage while Mariah worries that Tessa may have been too weak when she signed her life away to Devon. Visit The Young and the Restless spoilers to learn who has a surprise for Ashley.