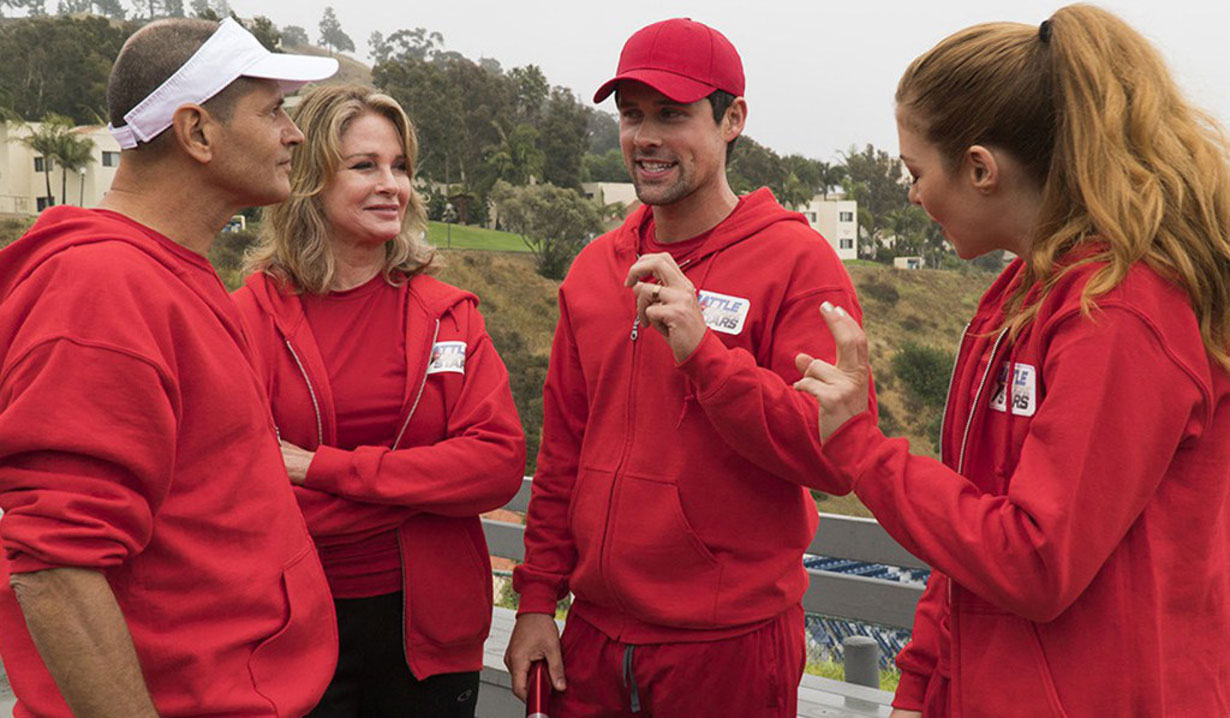 Past and present daytime actors go head to head with their television peers. beginning at 8:00 PM, will also feature “Days of our Lives'” Deidre Hall’s (Marlena) episode “Doctors vs. Famous TV Families,” as previously reported below.

On July 31 Soaps.com learned that “GH” actor Ryan Paevey (Nathan) will appear in the Thursday August 17 episode titled “Cops vs. Sci-Fi/Fantasy” at 9:00 PM. reported on July 18 that “The Bold and the Beautiful” alum Lorenzo Lamas (Hector Ramirez) will air in the episode titled “Cops vs. TV Sitcoms” on Thursday July 27 at 9:00 PM.

July 10 we reported that “Days of our Lives'” Deidre Hall’s (Marlena) episode “Doctors vs. Famous TV Families” would air on Thursday July 27. However, the episode has been tentatively changed to Thursday September 7 at 8:00 PM. “The Young and the Restless’” Corbin Bernsen (Father Todd Williams) appeared in the Thursday July 13 episode titled “White House vs. Lawyers.”

On June 27 Soaps.com reported that Galen Gering and Brant Daugherty’s episode would air on Thursday July 6. Gering posted a fun photo of him and coach Ronda Rousey on Instagram. Watch as Gering and the others on his team compete.

TV's sex symbols are not afraid to show off! pic.twitter.com/9pV8f1CCHn

You know things are getting serious when the jacket comes off. pic.twitter.com/gbB1ot67iV

On June 12, Soaps.com announced that on Thursday June 29 at 9:00 PM ABC is relaunching the ‘70s and ‘80s television pop-culture classic “Battle of the Network Stars” for a special ten-episode summer event. Teams of classic and current television stars will compete in various athletic games, including a fresh take on the show’s favorite events like Tug o’ War, the Obstacle Course and the Dunk Tank.

In the original series, all three major networks (ABC, CBS, NBC) competed in physical challenges that were aired on ABC for 13 years beginning in 1976. All but one episode was hosted by legendary sports broadcaster Howard Cosell. The 2017 hosts will be ESPN’s Mike Greenberg and Joe Tessitore with ESPN’s sideline reporters Cassidy Hubbarth and Cari Champion and Super Bowl 50 winner DeMarcus Ware and MMA fighter, Olympian Ronda Rousey as team captains.

More: Jack Wagner returns for The Wedding March 2 on Hallmark

The premiere episode battle will be between TV Sitcoms vs. TV Kids and all other teams listed will follow Thursdays at 9:00 PM.

Had no idea this bad ass with a heart of gold was gonna be our coach till she was staring me face to face. So you can imagine my surprise when Ronda was suddenly rallying us together and dropping knowledge to inspire our squad. Thanks again for a great day! You’re truly an inspiring leader. Watch of do our thing on #battleofthenetworkstars july 6th. @rondarousey #networkstars

Soap stars dish on their characters...