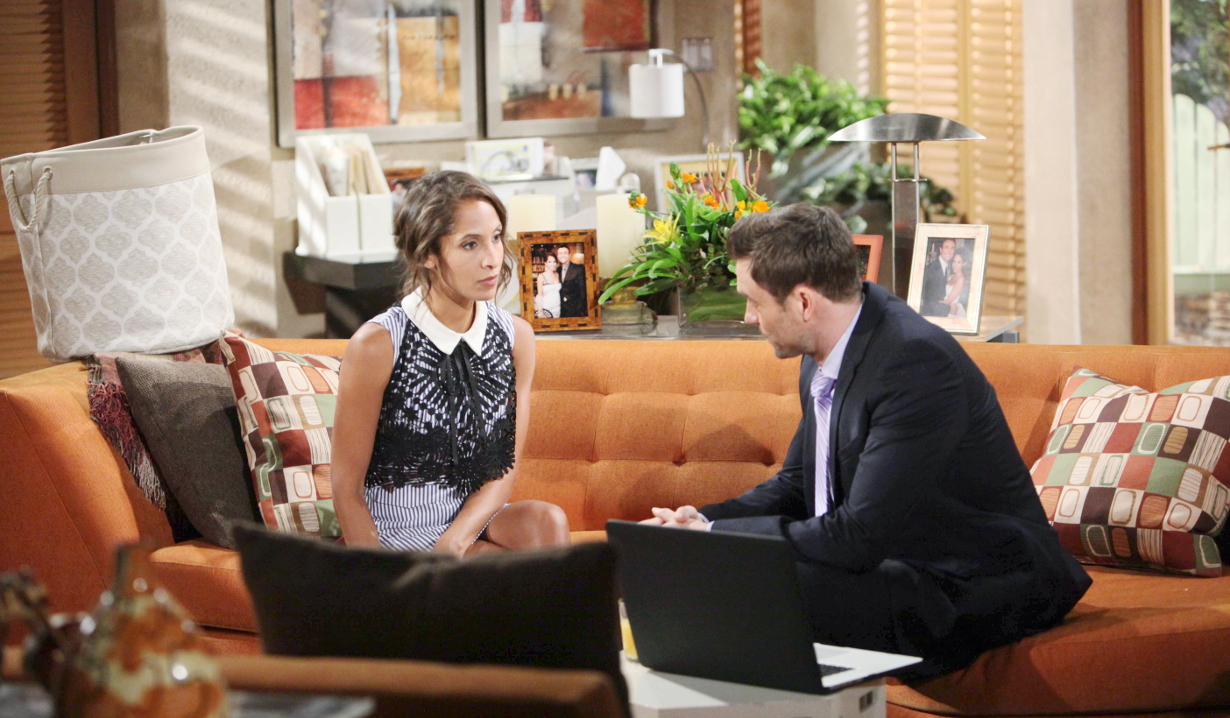 The Bold and the Beautiful:
The accusations start flying after Quinn receives some threats at the Forrester mansion. Katie defends herself and Eric hunts for the culprit. While Quinn runs around rattled, Brooke comes back from her honeymoon only to have the mood ruined by bumping into Ridge. And Steffy continues to badger Sally while Liam tries to stop Bill from buying the Spectra building. Check out Soaps.com’s The Bold and the Beautiful spoilers to learn who does something stunning.

Days of our Lives:
Things are fraught for the castaways as jungle madness drives Paul over the edge. Sonny tries desperately to reason with him but JJ thinks something more extreme is in order. Back in Salem, Chloe pops up at Nicole’s hearing. Meanwhile, Steve tries to find out who is competing with Adrienne, but he has more serious problems to face now that Tripp is plotting to make Kayla pay for his mother’s death. Read the Days of our Lives spoilers to find out why Claire is re-thinking her future.

General Hospital:
After everything that’s happened, Scott isn’t feeling terribly optimistic about what his future holds. Meanwhile, Ava may be alive and barely able to open her eyes, but she still sees something to leave her horrified. Across Port Charles, Dante and Lulu realize that they are in a rough spot while Ned and Olivia make a major choice. And Kevin decides it’s a good time to take Laura out while Liz does what she can to keep Jake safe. Take a look at Soaps.com’s General Hospital spoilers to discover who is edgier than usual.

The Young and the Restless:
Some people have a problem with loyalty in Genoa City. Jack and Ashley remain uncertain about what Graham is really up to and Nikki can’t shake her doubts about how loyal Tessa is to her and decides to put her to the test. Meanwhile, Billy and Phyllis try making something like a commitment to each other as Neil worries that his family is about to come unglued again. And the details of Chloe’s fake death become clear. Visit The Young and the Restless spoilers to learn what Cane plans to do next.