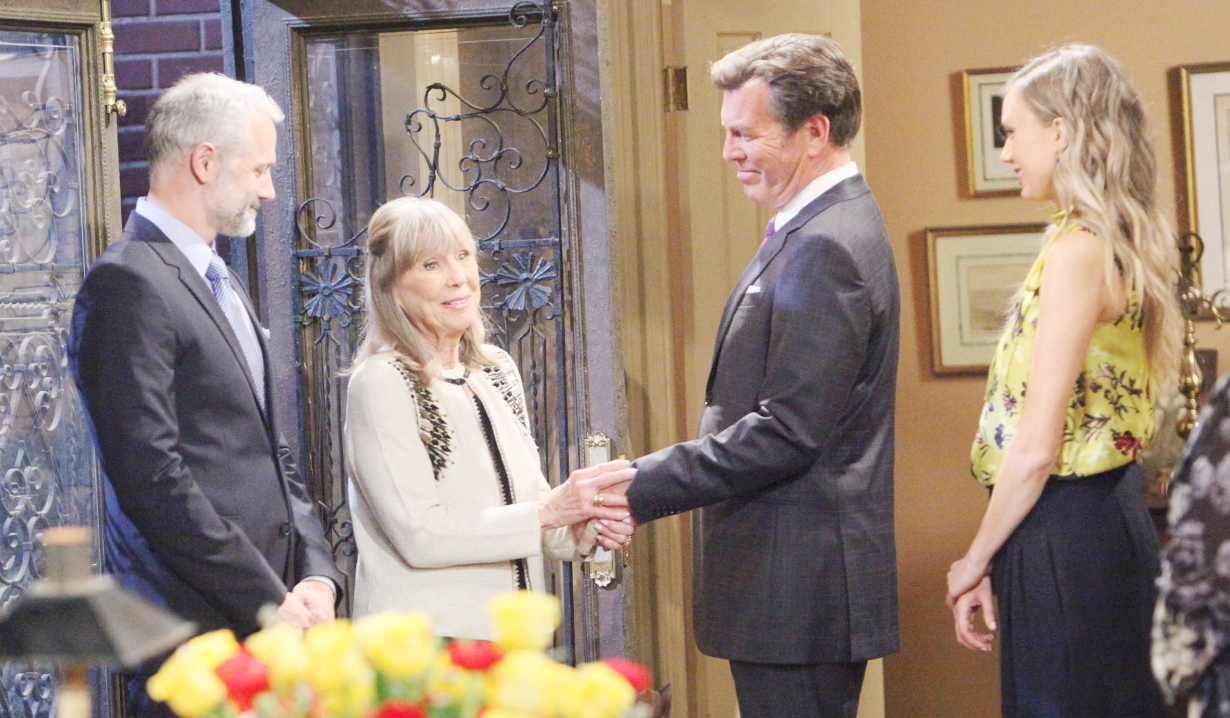 The Bold and the Beautiful:
Things are fraught around Forrester as Quinn finds herself on the receiving end of a threat. She starts telling Ridge how terrified she is of going back to work. That’s because Katie is there and their jewelry design competition is going from fierce to dangerous. And they aren’t the only ones fighting. Rick starts to feel disturbed by what he’s seeing and his week gets worse when Carter comes to him with a legal issue. And Thomas, once again, finds himself stuck in the middle of Steffy and Sally’s battles. Check out Soaps.com’s The Bold and the Beautiful spoilers to learn who is questioned by the cops.

Days of our Lives:
Being stranded on the island and in existential distress pushes Gabi and Chad closer together, but the mood is ruined when they notice that Eli has gone missing. Back in Salem, Abby doubts Dario’s story so she asks Raines to dig around and find out if it’s true. Meanwhile, John prepares to go back to work for the ISA. That means leaving Marlena behind again. But she’s not the only one to worry about the future of her relationship. Sonny fears that the worst may happen to Paul. Read the Days of our Lives spoilers to find out who gets knocked out.

More: The many marriages of your favorite soap characters

General Hospital:
Sonny tries to let things sort themselves out and drinks with Jason while Carly runs around looking for help. Finn could use some help too once his progress hits a wall. Anna’s truce with Valentin could be in trouble as she gets some disturbing news and the Cassadine starts a new game. Across Port Charles, Kiki has a hard time controlling her emotions and tears into Dillon as Monica tries to prepare her to accept the worst. Take a look at our General Hospital spoilers to discover who receives a surprising visitor.

The Young and the Restless:
Cane’s life gets even more uncomfortable as Hilary taunts him right under Lily’s nose. Juliet, however, seems reluctant to do what’s expected of her and tells Billy something that leaves him shocked. While things get even more awkward at Brash & Sassy they aren’t any more comfortable around Jabot thanks to Dina’s behavior which leaves Jack suspicious. He and Ashley try hatching a plot against their mom while Victor makes a dangerous choice. Visit The Young and the Restless spoilers to learn who is getting buried.