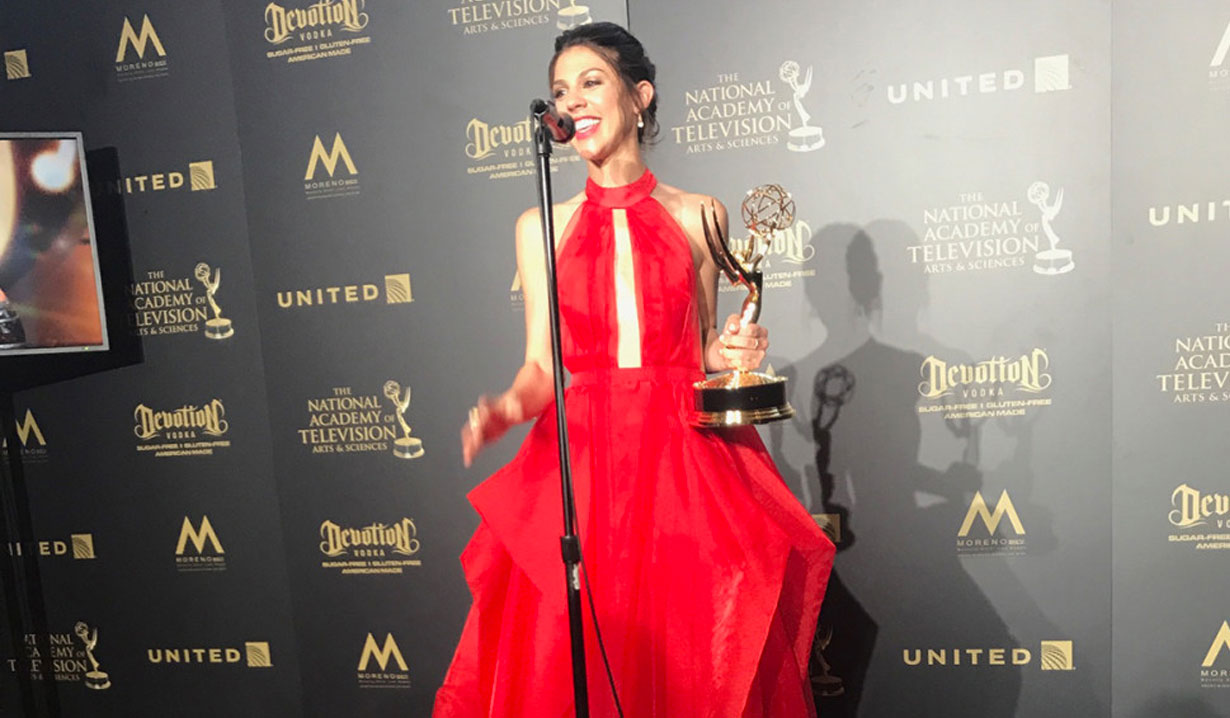 Soaps.com reporter Kristyn Burtt was on the red carpet and behind the scenes at the 44th Annual Daytime Emmys on Sunday April 30. Watch the videos Burtt captured that night of a few of the big winners backstage.

Steve Burton won for Outstanding Supporting Actor for playing Dylan McAvoy on “The Young and the Restless.” This is Burton’s second Daytime Emmy, and he revealed his first was accidentally broken!

Lexi Ainsworth won her Daytime Emmy for Outstanding Younger Actress for playing Kristina Corinthos on “General Hospital.” Ainsworth stated the award meant a lot to her in part because of the storyline of her character coming out in a relationship with another woman, and how far daytime has come in its storytelling.

Bryan Craig won his second Outstanding Younger Actor award for his portrayal of Morgan Corinthos on “GH.” Craig joked about making television history accepting an award with a stage full of Basset Hounds.

Kate Mansi won her first Daytime Emmy for Outstanding Supporting Actress for playing Abigail DiMera on “Days of our Lives.” Kate Mansi, who left Days of our Lives in 2016, was thrilled to be back and supporting her friends for the evening.

Gina Tognoni won her Daytime Emmy for Outstanding Lead Actress as Phyllis Summers on “The Young and the Restless.” She discussed the new rules for submitting reels for the awards and how it affected her decision on what to submit.

The big award of the evening, Outstanding Daytime Drama, went to “GH.” Executive Producer Frank Valentini accepted the award and told reporters there is always a possibility of the show doing another live episode. He also promoted the upcoming General Hospital Nurses’ Ball

Soap stars cats and dogs of...