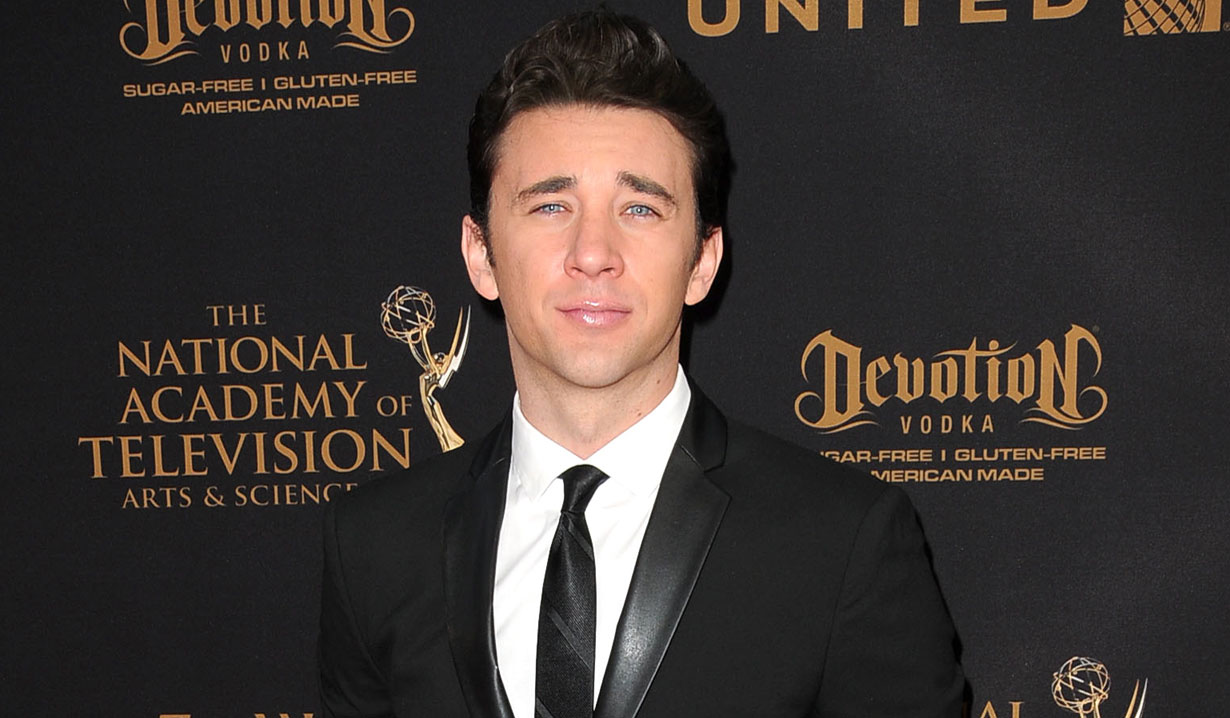 Soaps.com writers are placing bets on who will win at the Daytime Emmys this year.

Soaps.com’s readers were given 2 weeks to vote on who they feel are worthy of a statue in our ‘just for fun’ Sudzies. As usual, there were surprises in who won in the 11th Annual Sudzies this season. We added a few extra categories such as most annoying character and best and worst couples. Part of the fun of the Daytime Emmys is predicting who we think will win Emmy night and placing bets with our friends. With that in mind, Soaps.com’s writers share their own thoughts of who they think should or could win this year, based on the Daytime Emmy reels that were submitted. Feel free if you haven’t already, to peruse the Daytime Emmy reels and leave us your own prediction in the comments. Then follow Soaps.com on Twitter, Soaps.com on Facebook, and Soaps.com on Instagram to discuss those thoughts Emmy night, Sunday April 30.

Dustin Cushman: Hands down this award is Billy Flynn’s to take home. The display of grief over Abigail’s death was so realistic. He owned the scene and the role, and it really showed why he’s become one of the best actors on “Days.” Christine Fix: Billy Flynn did a great job in his reel, showing vulnerability, sorrow and anger and deserves recognition, as does Kristoff St. John for his touching performance. I’d be satisfied if either took home the award.

Amy Mistretta: “Days’” Billy Flynn filled our screens with such emotion as we watched Chad struggle with being a DiMera, wanting to make Stefano proud only to feel as though he was a disappointment. In Flynn’s Emmy reel where he looked to Stefano’s ghost for answers, it was clear Chad got the closure he needed and made peace with his father’s death and his namesake. The last hug between father and son, where Stefano patted Chad on the back as he sobbed in his arms, brought me to tears – and don’t even get me started on Chad’s heartache surrounding Abigail’s presumed death. When you feel a character’s pain, they’re doing something right, and Billy Flynn did just that.

Lori Wilson: Kristoff St. John’s reel was the only one that moved me to tears. I felt all the pain, love and hope, as Neil and his estranged mother made amends on “Y&R.” Billy Flynn is a close second for me, as his pain as Chad on “Days” was utterly believable, even when his scene partner was just a photograph.

Candace Young: All submissions in this category were powerhouse performances…all riveting in their own way. While I feel that you can never count out “Y&R’s” Peter Bergman with his impressive range, “Days’” Billy Flynn’s reel was incredible and deserves recognition. That said, “Y&R’s” Kristoff St. John’s performance was the one that moved me to tears and I’d be thrilled to see him get it. Dustin Cushman: “GH’s” Nancy Lee Grahn deserves the Emmy for her portrayal of a heartbroken and alcoholic Alexis. She really nailed the role of an alcoholic desperate to hide her disease from her friends and family. Though, Heather Tom is a force to be reckoned with that could easily walk away with the award too for ironically dealing with alcohol struggles.

Christine Fix: Though all of the actresses in this category are gifted, Nancy Lee Grahn’s portrayal of Alexis never lets me down, and her Daytime Emmy reel didn’t disappoint. I predict she takes home a statue Emmy night.

Lori Wilson: I enjoyed Nancy Lee Grahn’s reel showing off not only Alexis’ devastation, but her drunk, flirty and caustic sides as well. Her scenes were the only ones where I truly wanted to see what happened next, even though I am a faithful “GH” watcher and already knew the outcome.

Candace Young: All of these actresses were amazing in their submitted scenes, and any would be deserving of the Daytime Emmy award. I changed my mind dozens of times while trying make a prediction, and just couldn’t settle on one. Dustin Cushman: There were so many great nominees in this category that it was hard to pick who should win. Jeffrey Vincent Parise is amazing as “GH’s” Carlos in all his scenes and he makes the viewer go hating him in one moment, to feeling for him the next. However, James Reynolds did an amazing job as Abe comforting his autistic son on “Days.” It was as if he was dealing with his own child.

Lori Wilson: Jeffry Vincent Parise is a scenery chewer on “GH” for sure, but he’s also a good actor. After watching so many reels back to back, his portrayal of Carlos was filled with a different energy that made him the one to watch in every scene. Even his portrayal as the earnest Joe was impressive, as there was nary a hint of his smarmy twin brother.

Candace Young: Each of these actors truly became their characters; it was amazing to see the range, and in some cases, the intensity. Though “Y&R’s” Steve Burton’s raw emotion was astonishing in certain moments, I think the award will go to “GH’s” Jeffrey Vincent Parise, as his performances just had something intangible that took them to another level.

Dustin Cushman: Just as Billy Flynn should take the award he’s nominated for Abigail’s husband, so should Kate Mansi win for playing Abigail on “Days.” She did her best work on her final year on the soap portraying Abigail’s struggle with mental illness, and dealing with her crazed serial killer ex-boyfriend. You could feel how frightened she was in those scenes. Christine Fix: Kate Mansi’s Daytime Emmy reel was chalk full of goodness, showcasing her talent as Abigail spiraled downhill with mental illness. “Days” is rarely in the spotlight for the Daytime Emmys so if she doesn’t win, I won’t be too surprised, but I might yell, “Fixed!” at my screen!

Lori Wilson: Anna Maria Horsford’s calm response as “B&B’s” Vivienne learned of her husband’s betrayal was a breath of fresh air. She was a woman in control, yet her anger and hurt was right at the surface. I teared up for only the second time when she finally did break down.

Candace Young: There was a varied selection of material in this category and all the actresses delivered excellent performances. “Y&R’s” Stacy Haiduk and “Days’” Kate Mansi were each brilliant in their portrayals of women coming unhinged, but I lean toward Mansi taking the award.

Dustin Cushman: I think Bryan Craig is going to walk away with another award for portraying Morgan struggling with his bipolar disorder on “GH.” His scenes were in a league of their own.

Christine Fix: “General Hospital’s” Bryan Craig once again demonstrated his talents and will likely win this year based on that heartbreaking reel full of Morgan feeling of betrayal and abandonment and threatening suicide. Whew. Amy Mistretta: “General Hospital’s” Bryan Craig’s character was center stage in one of 2016’s most compelling real-to-life storylines. Morgan Corinthos’ internal nightmare not only left him frighten in regards to his bipolar disorder, he felt abandoned by his parents, who tried diligently to make him understand that he needed professional help, and ultimately threatened to end his life. As a parent, my heart broke for not only Morgan but for Sonny and Carly. Soap operas have been incorporating public awareness into storylines for years… Some come off true to life, others not so much, but Craig knocked it off the charts on so many levels and in turn played off the other actors involved perfectly.

Lori Wilson: I don’t have strong opinions on this one, but “GH’s” Bryan Craig will probably win.

Candace Young: The submissions for the actors represented a variety of acting styles and material. The reel that stood out for me came from “GH’s” Bryan Craig. Dustin Cushman: I was moved most by Alyvia Alyn Lind as “YR’s” Faith, who was in tears over Sage’s death, and learning that her mother Sharron lied to her and her father about her baby brother Christian. She’s a terrific little actress and was dealing with very adult subject matter in her scenes.

Lori Wilson: I started Alyvia Alyn Lind’s reel expecting to dismiss her because she’s so young, but in a sea of anguish and tears, her scenes were the ones that really popped for me. I was impressed with the natural way she delivered her dialogue and how the tiny actress held her own against the powerhouses of “Y&R.”

Candace Young: All of the actresses in this category were solid. Alyvia Alyn Lind from “Y&R” was so impressive, regardless of being the youngest; she could definitely win. Notably, I was also drawn in by “GH’s” Lexi Ainsworth’s scenes when she came clean with her parents about university, which felt so authentic. Christine Fix: I enjoyed all the guest performances even though there were no reels provided at the time of this article, and though Tobin Bell was fantastic with his role as John Black’s father, but I’m guessing that “The Young and the Restless” guest star, talented Nichelle Nichols, (Lucinda Winters) will likely win. Sob stories always win!

Lori Wilson: I didn’t get to see all the special guest stars’ scenes, but I’m giving this one to Nichelle Nichols anyway, as she was superb as Neil’s dying mother on “Y&R.”

Candace Young: Nichelle Nichols portrayal of Neil’s dying mother on “Y&R” was flawless and I presume she will be the recipient of this award. 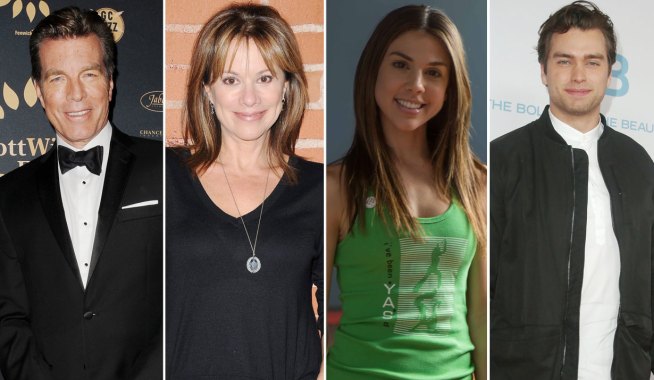 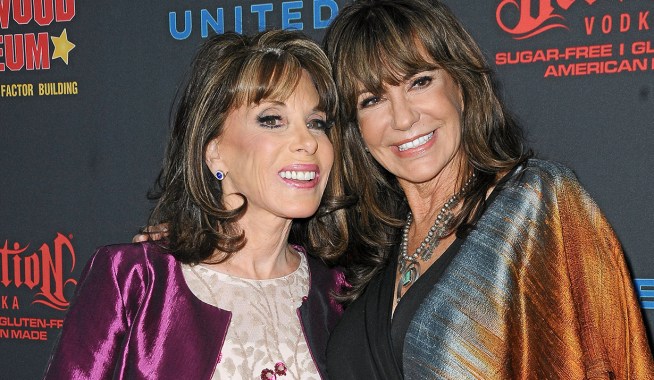