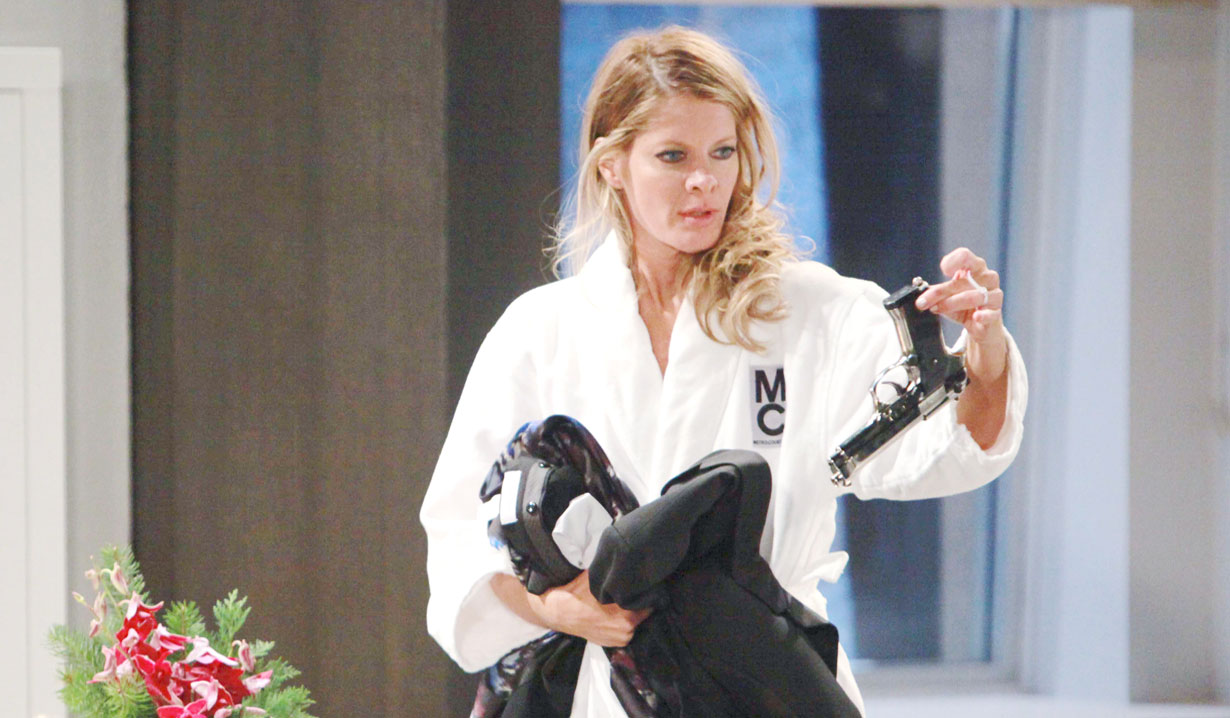 It’s a new year and Soaps.com is here to get you back on track with the latest goings on in your favorite soaps. Read through the episode highlights and get a more detailed look at the storylines through our daily soap opera recaps.

The Bold and the Beautiful:
Steffy was torn about living with Liam while still married to Wyatt and moved out after Eric called and demanded she do so – on speakerphone in Liam’s presence. After Liam urged Ridge to get rid of Quinn fast, Ridge vowed to take any measures, even if it risked his job and relationship with his father, to take Quinn down. He then continued to flirt with Quinn, which made her feel guilty around Eric. Later, Katie reminded Quinn how much loyalty meant to Eric, which furthered Quinn’s guilt over thoughts of Ridge. When Ivy confronted Quinn about the seductive flirting between her and Ridge, Quinn insisted she didn’t have feelings for him. Quinn then focused on her son and convinced Eric to pressure Steffy to work on her marriage to Wyatt by moving back into the mansion. Read the Bold and the Beautiful daily recaps to hear what Ridge said to Eric in regards to ‘the naked truth’ about Quinn.

Days of our Lives:
Jade suffered a miscarriage, leading Joey to believe God punished him for killing Ava. Sheila and Coco shivved Hope, which landed her in the prison hospital. Rafe promised to get Hope released from prison and joined Steve, Marlena and Paul on a flight to Prague in search of Stefano. Abby approached Chad in his bedroom, where they began to make love. Chad halted things from going further, due to his lack of trust, as Gabi ended her relationship with JJ – again. Later, after Chad and Gabi said a final goodbye, he assured Abby he was committed to their family. Kate stole the microchips from Eddie, who quickly realized what she’d done. Brady visited Nancy and secretly obtained a salvia swab from Holly. After Nancy found the swab, she switched it with her DNA. Read our Days of our Lives daily recaps for Nicole’s reaction to Nancy leaving Salem with Holly, as well as Theo’s to hearing Val speak his name via the planted bug in her purse.

Announcement: One Life to Live’s David Gregory in The Good Wife spin-off

General Hospital:
Carly and Sonny reunited, as Dante and Lulu learned of Valentin and Nina’s sudden marriage. Over at Crimson, Nathan assured Maxie he’d find a way to divorce Claudette, who was still missing. Valentin had other plans and mumbled to himself that Claudette would never be found. At the Roadhouse bar, Alexis recalled her encounter with Tom Baker and later spied Franco questioning the bartender about the night Tom was murdered. After Franco left, the bartender reminded Alexis they both knew more about Tom’s murder than they were letting on. Curtis and Jason located a homeless man named Buzz, who admitted Rudge paid him to plant the bomb in Julian’s car, though he’d been told it was a tracking device, and revealed that Rudge’s boss was a very controlling female. He also clued them in to an underground tunnel to the pawnshop. Read our General Hospital daily recaps to learn what Anna recalled while under hypnosis.

The Young and the Restless:
Christine gave Dylan his undercover name, Derek Young, and an untraceable gun and informed that Kevin would be his sole contact. Dylan said goodbye to Sharon, unable to reveal his destination, then left his wedding ring and cell behind as he departed Genoa City. After Paul received word that Dylan arrived in Miami, he began to worry about the danger involved in the undercover case. Billy arrived at Vikki’s as Reed explained how he didn’t want to relocate to Warsaw with JT and preferred to live with her. Hilary and Neil rushed to the hospital when word came that Devon suffered internal damage from the car crash. When Devon awoke, he had no memory of the gala. Elsewhere, as Phyllis vowed to help Lauren save Fenmore’s, Jack debated with Ashley when to strike with a takeover. Read The Young and the Restless day-ahead recaps to find out who came across Lauren’s secret about the trouble at Fenmore’s and offered to help Jack get the company.