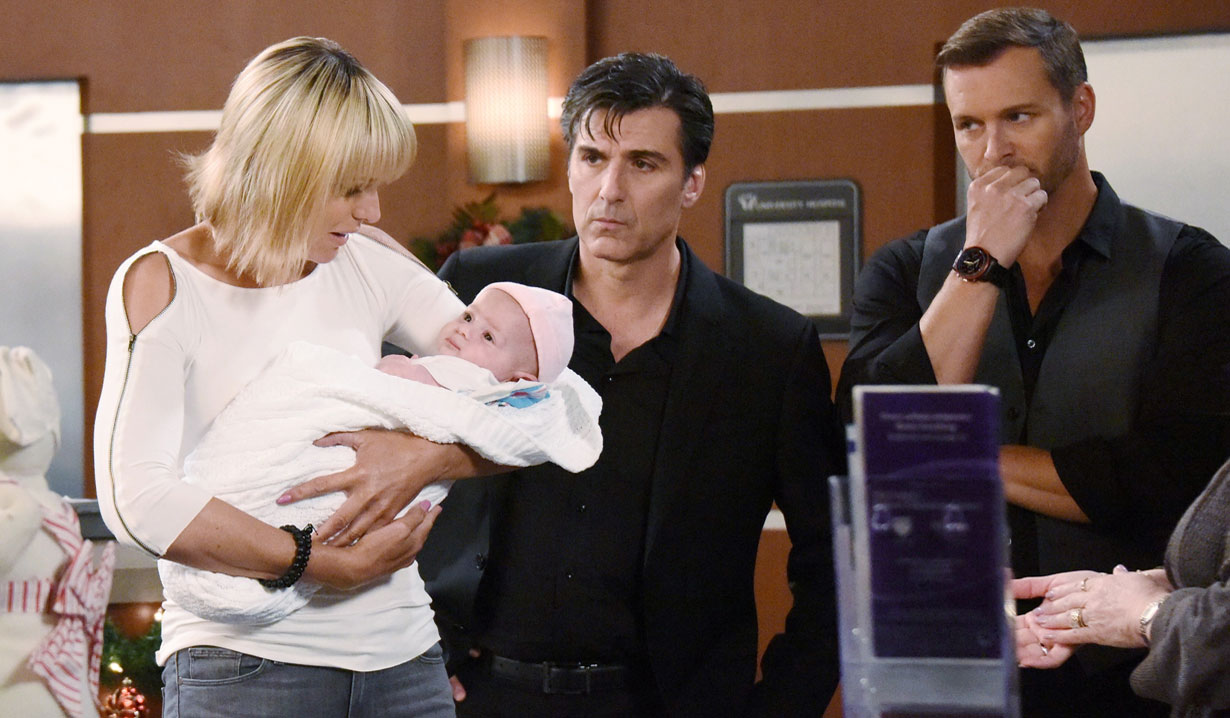 Soaps.com realizes how hectic things can get during the holidays, so if you missed any of your favorite soaps, or want a quick refresher of what went down, we have you covered with storyline highlights and daily soap opera recaps.

The Bold and the Beautiful:
Brooke wanted to set a wedding date but Ridge refused to until they got rid of Quinn. Later, Bill approached Brooke and vowed that she would be marrying him – not Ridge. Bill warned Ridge would stray again but promised he never would. Over at Forrester, Ridge shared his plan with Liam to rid Quinn from Eric’s life then told Quinn how sexy she was. Quinn was happy Ridge had finally come around to her and took part in the back and forth flirting. Ivy soon appeared and got quite the eyeful. Steffy was summoned to the mansion, where Eric, who’d listened to Quinn worrying about Wyatt’s feelings, demanded she return to her husband – and even sweetened the pot with a huge CEO salary. Read the Bold and the Beautiful daily recaps to hear how Liam reacted to Steffy being featured in Wyatt’s ‘Sexy CEO’ video, which received tons of online hits.

Days of our Lives:
Hope saved a young inmate from Coco and Sheila. Though Chili came to Hope’s defense, Hope later found her prison protector stabbed to death. Gabi came face to face with Abby, who lashed out over Gabi and Chad not wasting time getting together. Chad placed blame on Abby for faking her death and admitted it was going to be hard to trust her. Gabi had further reason not to trust JJ too after learning he’d slept with Lani in Miami. Elsewhere, Kate learned Eduardo stole the microchips and promptly reported the news to Andre. Nancy barged into the hospital as Brady and Deimos tried to figure out how to get a DNA sample to prove Holly was Nicole’s baby. Speaking of DNA… after a Stefano sighting reached Salem, the PD received permission to exhume his grave in order to conduct a DNA test, which proved the body was not Stefano’s. Read our Days of our Lives daily recaps to learn about Paul and Sonny’s big New Year’s kiss.

General Hospital:
Franco admitted to Liz how he threw Tom Baker in a dog cage but insisted he hadn’t killed him. When Dante produced the murder weapon, Liz noticed it was an artist’s knife, just like one Franco would use, and wasn’t sure what to believe. Carly and Sonny bonded during Christmas, as Michael took Nelle home, where she admitted that her jewelry box contained her childhood memories and later removed and held an engraved baby rattle. Elsewhere, while Jason and Curtis told Sam they didn’t believe Julian had been behind the car bombing, Rudge met with ‘the boss’ and made plans to deal with Jason Morgan. Many gathered for Nathan and Maxie’s wedding, which was derailed with news that Nathan was still married to Claudette. Read our General Hospital daily recaps to find out how Valentin reacted when he realized his photo of Anna had gone missing and what happened after Nina asked him to marry her – immediately.

The Young and the Restless:
Sharon witnessed Dylan acting as though he was holding a baby. Dylan insisted he needed to leave town on business, refused to tell Sharon where he was going then planned to fly to Miami to bring down a drug lord. Over at Jabot, Jack teased Ashley about how smitten her tech assistant Ravi seemed to be with her. Ashley changed the subject to the Abbott-Winters Gala and convinced Jack to accept Victor’s offer: Victor agreed to host the gala at Top of the Tower and Jack allowed Brash and Sassy to stay at Jabot. On the night of the gala, Mariah got her revenge on Hilary for causing her fall during GC Buzz. After Mariah tampered with the teleprompter, Hilary made a public, gasp-worthy confession. Devon ran off in anger and ended up crashing his car. Read The Young and the Restless day-ahead recaps for details surrounding Nick and Chelsea’s New Year ’s Eve kiss, as well as Vikki’s reaction to Reed’s (Tristan Lake Leabu) sudden appearance – accompanied by a police officer.

‘Harry Potter’ Star Jason Isaacs Wavers On J.K. Rowling Controversy: “I Was Not Going To Be Jumping To Stab Her”