Where Are They Now? Martha Madison, Eric Martsolf, Marie Wilson in To The Beat 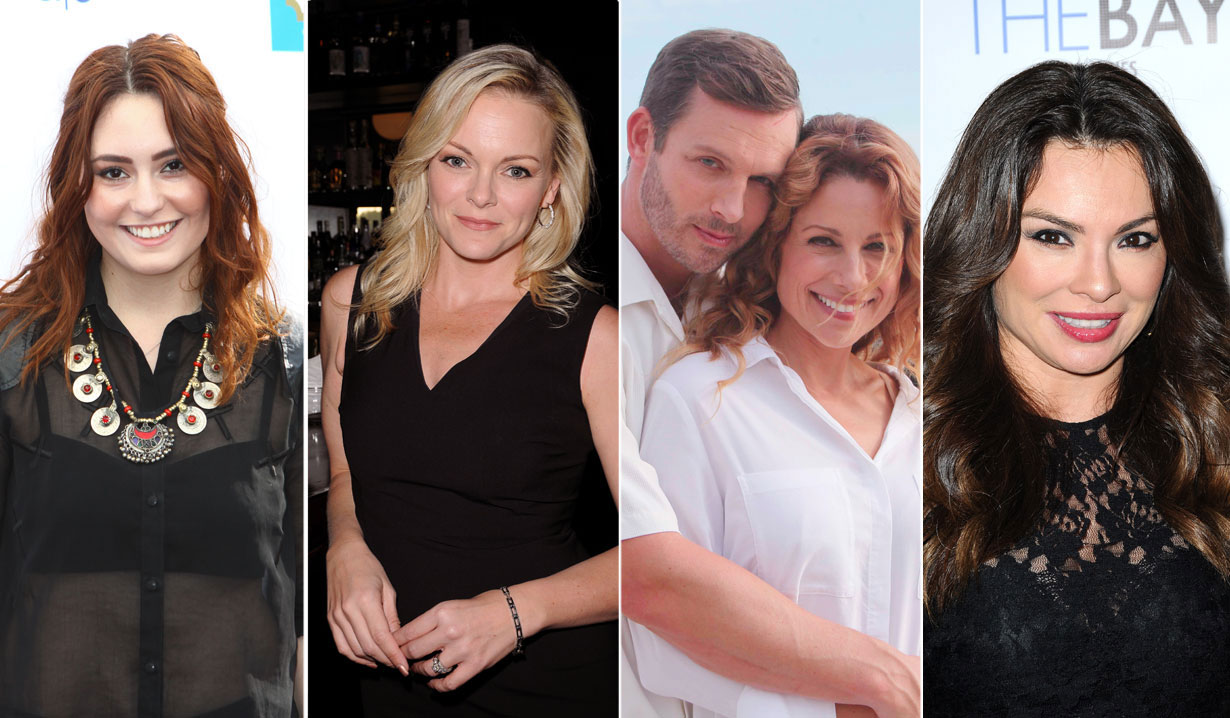 Originally posted December 28, 2016, Soaps.com was provided with updates on former soap opera alums including a new coffee drink, a Hallmark movie premiere, a star-studded family film and a DVD release…

Jillian Clare directs To The Beat starring Eric Martsolf, Marie Wilson, Martha Madison and Lilly Melgar.
Days of our Lives alum Jillian Clare (ex-Abigail Deveraux, 2003 to 2004) is making her directorial debut for the film To The Beat. The fun, family, feature film begins taping in Los Angeles this week and stars Days of our Lives’ Eric Martsolf (Brady) as Michael Adams, Marie Wilson (Summer) as Camila, Martha Madison (Belle) as Clare and General Hospital’s Lilly Melgar (Lily, The Bay’s Janice) as Ana Sophia and follows 14 year old twin sisters who enter a contest to be dancers in their favorite pop star’s music video. During the process, a rivalry erupts with their neighbor, who wants to win as well.

Of her directorial debut Clare stated, “I’m so excited to be directing some of my favorite co-stars including Martha, Marie and Lilly, whom I worked with on Ladies of the Lake, and Eric, who I’ve known forever and worked with many years ago on Miss Behave. It’s definitely these four soap veterans like you’ve never seen them before as they join about 25 teenagers in a fun, family dance movie.”

To The Beat is slated for a March 13, 2018 release and is produced by Susan Bernhardt (her company Leonian Pictures) with Whimsical Entertainment (Clare’s production company) and can be purchased on iTunes and Amazon.

Desperately wanting some new black @Nike‘s. I feel like they’d be good for set. ??????

Melissa Archer co-founds Hacker’s Brew.
Daytime actress Melissa Archer (Days of our Live’s Serena Mason, One Life to Live’s Natalie Buchanan Banks) has co-founded a company called Hacker’s Brew. Working along with neuroscientists and biohackers in its development, Hacker’s Brew, a cold mocha drink, is aimed to increase mental energy and improve focus. Visit Archer’s Hacker’s Brew for product details and FAQs surrounding this boasting coffee drink. Also, keep an eye out for Melissa Archer, Brandon Beemer and other soap alums in Deadly Expose. Here’s an onset photo from the film featuring the actress holding one of her coffee products.

Julie Berman stars in Hallmark’s Love on Ice.
General Hospital alum Julie Berman (ex-Lulu Spencer, 2005 to 2013) will be starring in the Hallmark movie premiere Love on Ice, part of the network’s Winterfest programming event. The story follows a former figure skating champion named Emily James (Berman), who at 27 years old is now considered a relic in the industry. When a young coach sees greatness in her, Emily gets another shot to reclaim her glory. Andrew Walker (A Dream of Christmas) co-stars as Spencer with Gail O’Grady (Revenge) as Mia. Tune in to the Hallmark Channel on Saturday January 7 at 9:00 PM.

Tuc Watkins’ Retake On Demand and DVD release.
Back in June Soaps.com alerted fans to One Life to Live alum (David Vickers) Tuc Watkins’ new film Retake. If you didn’t get a chance to see Watkins as Jonathan, the film will be offered On Demand on Tuesday January 3, in select theaters in Los Angeles, California on Friday January 6 and available for purchase via DVD and internet VOD on Tuesday January 10. Watch the official trailer to get an idea of the premise surrounding Watkins’ character.