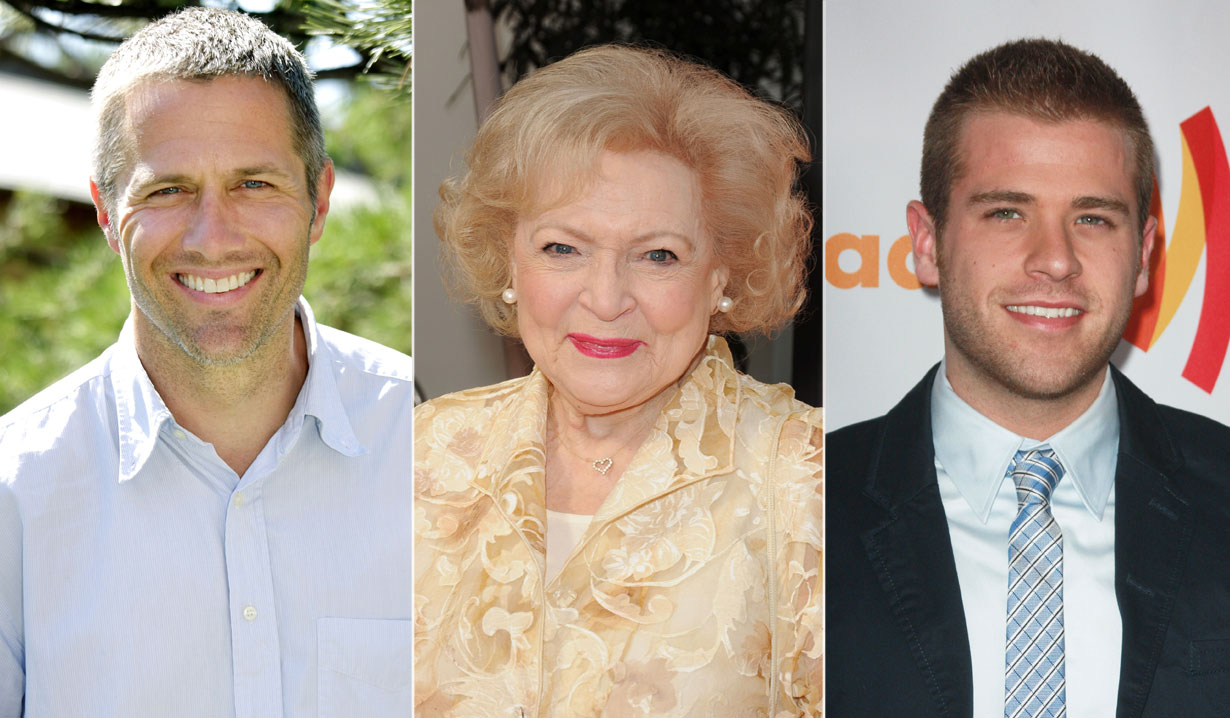 Betty White returns to guest star on Bones.
“The Bold and the Beautiful” alum Betty White (Ann Douglas, 2006 to 2009) will be making her way back to FOX for its final season of “Bones.” The actress first appeared as forensic anthropologist Dr. Beth Mayer in October 2015 and will resume the role in the tenth episode of season twelve on Tuesday March 7, 2017. The series returns on Tuesday January 3, 2017 with the episode titled “The Hope in the Horror” and stars Emily Deschanel as Temperance Brennan and David Boreanaz as Seeley Booth. Watch White’s last scene on “B&B” when Ann passed away on the beach surrounded by her daughters Stephanie Forrester and Pam Douglas.

Alla Korot ‏lands Grimm role.
Alla Korot ‏first appeared in daytime as Jenna Norris on “Another World” (1991 to 1992) and went on to have roles on “All My Children” (Dr. Allison Doyle Martin, 1997 to 1998), “General Hospital: Night Shift” (Stacy Sloan, 2007) and played Janet Bernard on “Days of our Lives” this past June. The actress recently joined the cast of NBC’s “Grimm” in the mysterious role of Dasha Karpushin. Tune in for the season six premiere on Friday January 6, 2017 at 8:00 PM. The thirteen episode season will be the network’s last.

Meet Dasha Karpushin:) @NBCGrimm are U ready for this mystery woman???? pic.twitter.com/dAdN7qcw45

Rob Estes and Scott Evans join Daytime Divas.
Back in October, Soaps.com announced that “General Hospital’s” Rick Hearst booked a role on VH1’s Daytime Divas, based on the book Satan’s Sisters by Star Jones (“The View”). Other soap alums recently tapped to join the 2017 series include “Melrose Place” heartthrob and “Days of our Lives’” Rob Estes (Glenn Gallagher, 1986 to 1987) and “One Life to Live’s” Scott Evans (Oliver Fish, 2008 to 2010; “Guiding Light’s” Trey, 2008). Stay tuned for the show’s premiere date and watch for Estes as Kibby Winsley’s (Chloe Bridges, Pretty Little Liars’ Sydney Driscoll) father Vance Gordon and Evans as a celebrity sober coach named Julian. For fun, let’s take a look back at scenes from Estes and Evans’ daytime roles.

Bernard Fox passes away at 89.
Veteran actor Bernard Fox, who many will remember from his role as Dr. Bombay on “Bewitched,” passed away on Wednesday December 14 in Van Nuys, California as a result of heart failure. The actor appeared in daytime on “Passions” as his “Bewitched” character in September 1999 and again in January 2000. He’s appeared in numerous primetime and film roles and played Colonel Crittendon on “Hogan’s Heroes,” Colonel Archibald Gracie in “Titanic,” Captain Winston Havlock in “The Mummy” and Henry on “Dharma & Greg.” Soaps.com sends Fox’s family and friends our deepest condolences.

Darius McCrary recurs on FOX’s Star.
FOX’s “Empire” proved to be a huge hit series and its creator Lee Daniels, along with Tom Donaghy, has brought another musical drama to the network, “Star,” set in Atlanta, Georgia and featuring Queen Latifah. Former “The Young and the Restless” actor Darius McCrary (ex-Malcolm Winters, 2009 to 2011) appears in the recurring role of Otis Leecan. The series follows three talented singers, Star Davis, Alexandra Crane and Simone Davis, who seek stardom in the music industry while facing everything that comes along with the cut-throat business. McCrary’s character is dangerous, to say the least, and is Simone’s foster father who attempts to bring her back home after she ran away. The series premiered on December 14, tune in Wednesdays at 9:00 PM.

As the World Turns actress and...