Where Are They Now? Arianne Zucker, Molly Burnett, Ray Wise in Shattered 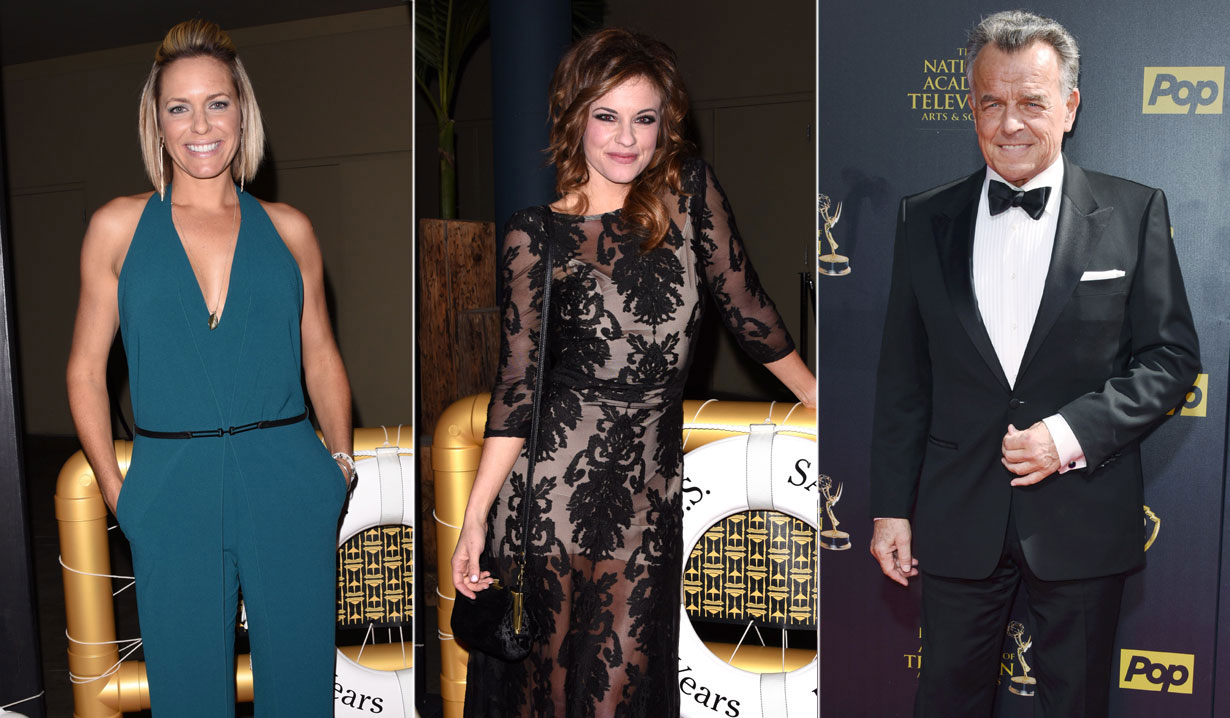 Soapy-filled cast with story based on actual events.

Soaps.com is back, giving readers a heads up on future projects involving current and past soap stars to include baby news, a Netflix reboot, a fun commercial and a new film featuring “Days” and “Y&R” actors.

Amanda Seyfried and Thomas Sadoski expecting first baby.
Amanda Seyfried has appeared in numerous featured films (“Dear John,” “Ted” franchise), as well as primetime series (“Big Love,” “Twin Peaks”), and received her start in acting with daytime roles on “As the World Turns” (Lucinda Montgomery, 1999 to 2001) and “All My Children” (Joni Stafford, 2003). The actress is a spokesmodel for Givenchy’s Live Irrésistible fragrance and announced at a recent press event that she and fellow “ATWT’s” alum fiancé Thomas Sadoski (Jesse Calhoun; “Life in Pieces’” Matt) are expecting their first child. The couple will be seen together in the film “The Last Word,” set to be released on Friday March 10, 2017, and in fact it was during taping when they began dating. Soaps.com congratulates Seyfried and Sadoski! Here’s one of many ads of the actress for the Givenchy fragrance…

Parker Posey and Ignacio Serricchio cast in Netflix’s Lost in Space reboot.
Before Parker Posey’s breakthrough role as mean girl Darla in the 1993 stoner film “Dazed and Confused,” she played Tess Shelby on “As the World Turns” from 1991 to 1992. She currently plays Brick in TBS’ “Search Party” and recurred as Alice White in byutv’s “Granite Flats.” Next up for the actress is a recurring role in Netflix’s “Lost in Space” reboot, based on CBS’ 1965 to 1968 sci-fi series that surrounded a family that fought to survive in outer space. Posey is set to play scientist Dr. Smith and joins Ignacio Serricchio, who played “General Hospital’s” Diego Alcazar (2005 to 2008) and “The Young and the Restless’” Detective Alex Chavez (2012 to 2014), as a roughneck smuggler named Don West who ends up taking a real liking to the Robinson family. Netflix has scheduled the reboot premiere for sometime in 2018.

Watch a blast from the past, a scene from Posey’s daytime role as her character Tess interacted with Hutch (Judson Mills) in Oakdale.

Arianne Zucker, Molly Burnett and Ray Wise team up in Shattered.
“Days of our Lives’” Arianne Zucker (Nicole Walker) and Molly Burnett (Melanie Jonas; “General Hospital” Maxie Jones fill-in) are teaming up with “The Young and the Restless” alum Ray Wise (Ian Ward; “Days’” Hal Rummley) in the upcoming release “Shattered.” Based on actual events, the story follows Kate Stenson (Burnett) who marries Ken Burnett (Tom Malloy), the son of the town’s powerful mayor (Wise). The couple soon creates their own little family to include a biological daughter and an adopted son named Logan (Tate Birchmore). Upon learning that Logan suffers from a severe mental illness, Kate’s perfect world begins to unravel when a dark secret from Logan’s past threatens to ruin the Burnett legacy – and puts her in great danger. Zucker will appear in the role of Maureen. Scenes were shot in California and the film was directed by Natasha Kermani and written by Paul Leach along with Nicholas Celozzi. It’s slated for release on Sunday October 1, 2017.

David Chisum in Ninja Coffee Bar commercial with Sofia Vergara.
“One life to Live” fans will remember David Chisum for his role as Miles Laurence (2007 to 2008). Prior to joining the defunct ABC soap, the actor played Brett on NBC’s “Sunset Beach” in 1999 and has recently appeared in primetime shows such as “NCIS” (Dr. David Woods), “Major Crimes” (Donald Erwin), “Timeless” (William Barret Travis) and “Shooter” (Jim Wallingford). Over the years he’s also turned up in various commercials and was spotted as a café worker with actress Sofia Vergara (Gloria, “Modern Family”) in the Ninja Coffee Bar commercial, which has been hitting the airwaves this holiday season.