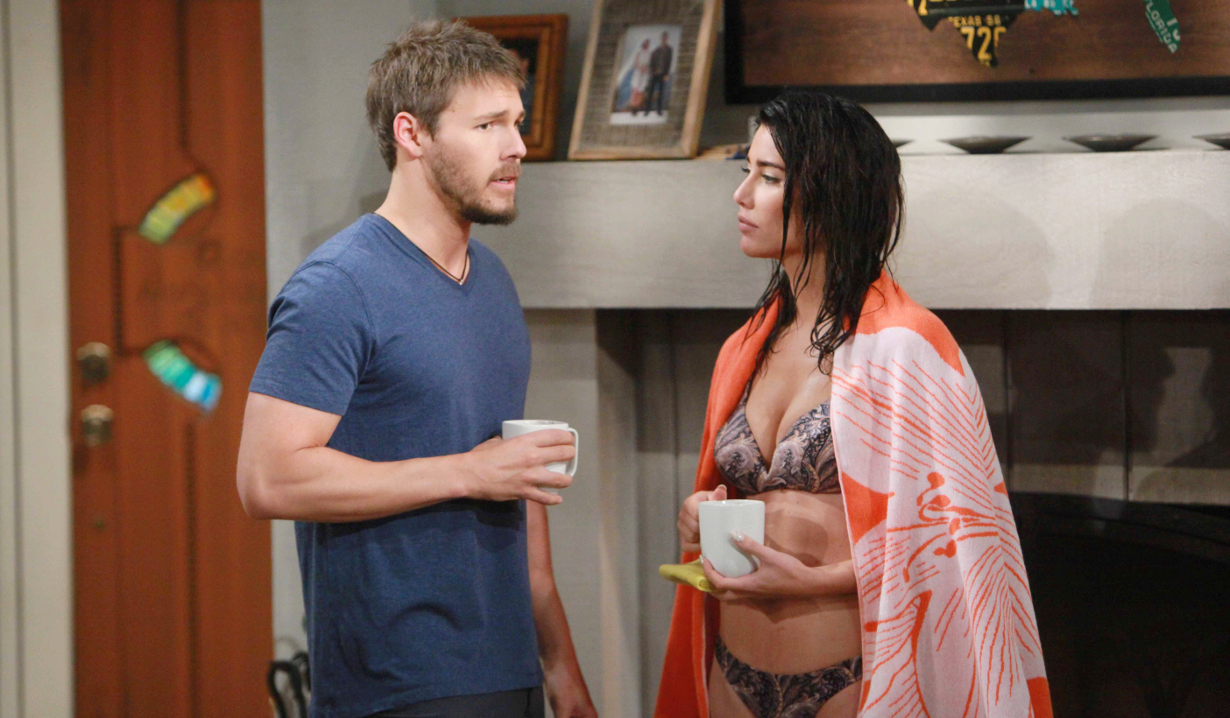 Blackmailing, backtracking, and breaking the rules.

The Bold and the Beautiful:
In spite of everything that keeps happening again and again, Wyatt remains adamant in his belief that he can win Steffy back before their divorce is final. As he looks for a way to do that, Rick could be looking for somewhere new to hang his head after Quinn gives him the boot. And Liam advises Katie to get eyes in the back of her head when dealing with Quinn. This doesn’t stop her from giving Eric something. Check out The Bold and the Beautiful spoilers to learn who tries to get Steffy to side with them.

Days of our Lives:
Ciara gets a shock when she meets the date that she set up online, but she’s not quite as surprised as Brady is when Eve randomly return. Meanwhile, someone else notices that Abby isn’t dead and she has to use blackmail to keep their trap shut. Across Salem, Rafe stumbles on a clue and runs off to tell Hope about it. Meanwhile, Gabi ruins Dario’s latest business scheme and Philip makes a confession to Nancy. Read the Days of our Lives spoilers to find out who receives some devastating news.

General Hospital:
Carly and Sonny continue to morosely mull over the past, but Nelle may ruin their nostalgia trip as she ups her game in manipulating the mobster. As Valentin faces questions from the cops and Lulu, Alexis is left shocked by the offer that Julian lays out for her. Across Port Charles, Jason and Curtis manage to finally dig up some useful information while Nina is left defending her latest actions. Read Soaps.com’s General Hospital spoilers to learn who is forced to take things into their own hands.

The Young and the Restless:
Traci’s desperate attempt to pull together her flailing family is doomed to fail, but it’s hardly the only thing. Hilary’s bid to score viewers by editing her interview with Dylan to make him seem interesting fails too, and Devon fires her. Meanwhile, Nick, Sharon and Dylan come together for Christian’s sake after Nick feeds him some strawberries without knowing that he has an allergy. Visit The Young and the Restless spoilers to find out what Lauren tries to hide from Michael.