Soap Summaries: Caught between two men, a ghost from the past, hit and run 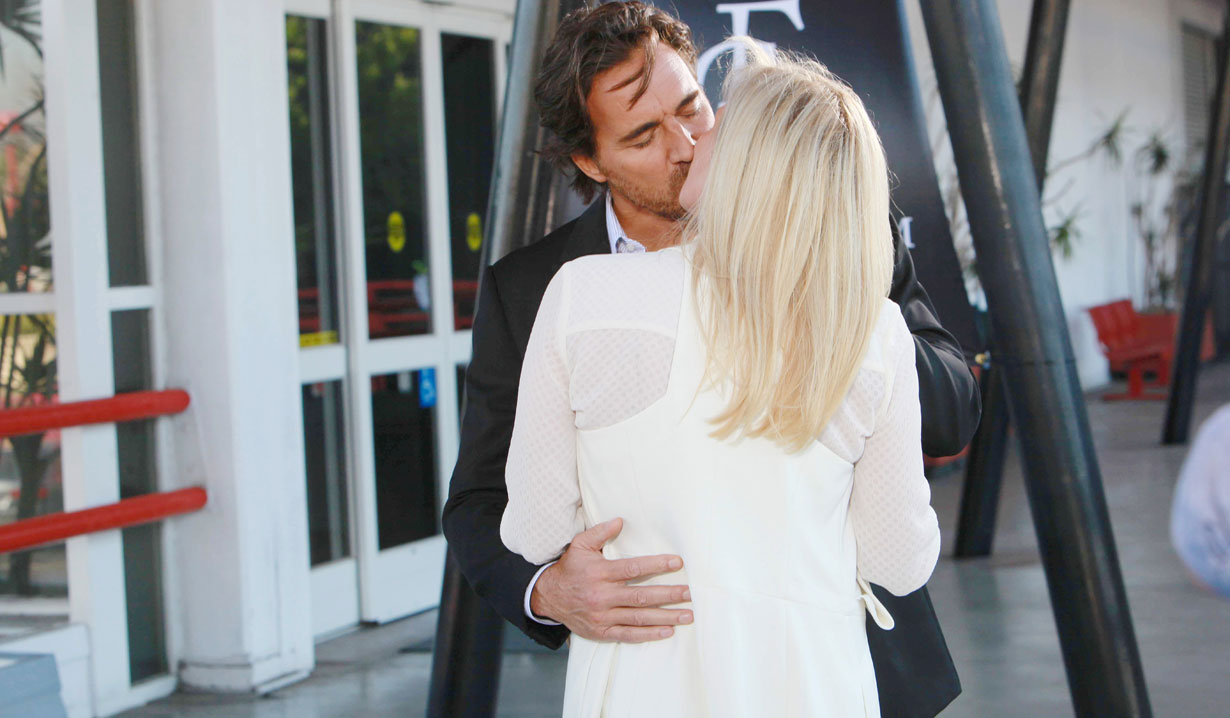 A decision about the future is finally made.

Soaps.com has episode highlights as well as daily soap opera recaps to get readers caught up on any missed details from the past week’s soaps.

Cathy Rankin delivers the soap highlights from last week as well in our Soaps Roundup.

The Bold and the Beautiful:
Bill made plans for him and Brooke to elope and urged her to tell Ridge she’d be a Spencer in twenty-four hours. When Brooke told Ridge she wanted to marry Bill, Ridge tried to change her mind with a ‘sandy surprise’ and urged her to end things with Bill. Brooke felt she had no other choice and finally made a decision. Elsewhere, Zende vowed to make everything up to Nicole and begged her to accept his marriage proposal. Nicole couldn’t trust Zende and therefore refused to become his wife. When Nicole told Sasha she could have Zende, Sasha confessed she had true feeling for him and warned Nicole to take Zende back now or lose him forever. Sasha then went to Zende and suggested he move on – with her. Read the Bold and the Beautiful daily recaps for Steffy’s reaction to Quinn’s thoughts about the future.

Days of our Lives:
Many celebrated Thanksgiving in Salem, as Jade announced to Joey’s family and friends that they were expecting a baby, Brady punched Philip, and JJ found Abby hiding in Jenn’s attic. Abby convinced JJ to keep her presence a secret, as Gabi shared her suspicions with Chad that Jenn and JJ were hiding something from them. Jenn learned someone had kept a secret from her as well and flipped on Laura for having known Abby was alive. Ciara visited Hope in jail and gave her a family photo and a leaf from the tree they’d planted in Bo’s memory. Later, Hope found the photo torn to pieces and was attacked by two inmates responsible for the destruction. Hattie Adams, Marlena’s lookalike, came to Hope’s rescue and agreed to protect her in exchange for an introduction to Roman. Read our Days of our Lives daily recaps to hear what happened to Adrienne before she planned to reveal to Justin and Lucas which of them she had chosen to be with.

General Hospital:
Nelle drugged Sonny’s drink then climbed into bed naked with him after he passed out. Sonny awoke, learned from Nelle that they’d slept together and rushed downstairs when Carly arrive. Nelle listened as Carly admitted to Sonny that she’d kissed Jax, but hadn’t slept with him. Later, Nelle recorded Sonny telling her that Carly could never find out they’d had sex. Someone else got naked too, Laura – who donned a mink coat to surprise Kevin and revealed her goods to Santa instead! Outside the roadhouse, Alexis called 911 after running down Julian then left the scene. She then admitted her crime to Jax and learned Julian had told Jordan he hadn’t seen his assailant. Julian soon summonsed Alexis to the hospital, where Nina alerted Valentin that Anna warned her not to trust him. Read our General Hospital daily recaps to find out why Hayden broke down in Liz’s arms and why Franco attacked Tom Baker, who ended up following Kiki.

The Young and the Restless:
Travis warned Victor against interfering in his relationship with Vikki, quit the company then asked Jill for Cane’s job at Brash & Sassy. Vikki became suspicious that Travis was hiding something and believed Billy knew what it was. Billy finally admitted to Vikki that Travis had cheated on her, which led to Vikki ending their engagement and throwing Travis out. Elsewhere, Michael agreed to help Dylan fight for visitation rights of Christian, even though Dylan refused to cut Sharon out of the equation. Hilary secretly taped conversations outside the courtroom, where Nick thought about allowing Dylan visitation until he learned that Sharon had seen Christian behind his back. On Nick’s behalf, Leslie requested the court put a restraining order on Dylan and Sharon. The judge temporality ordered Dylan and Sharon away from Christian, who ended up suffering a crisis. Read The Young and the Restless day-ahead recaps to learn what promoted Sharon to ask Michael for help in divorcing Dylan.