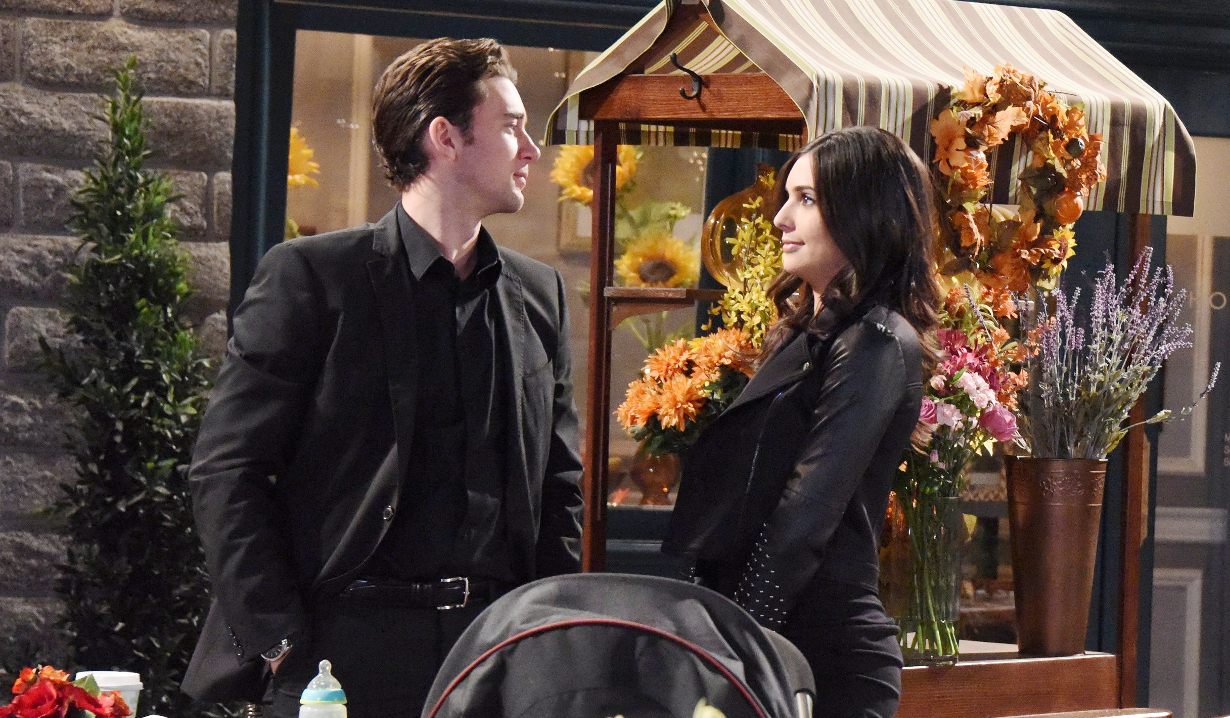 The Bold and the Beautiful:
Zende is feeling down in the dumps over what he did to Nicole. While he looks for forgiveness, Maya may be looking for some forgiveness of her own. Things are a lot less forgiving between Sasha and Nicole. As the two women battle it out, Brooke continues to go back and forth between Bill and Ridge. As she makes up her mind, Quinn makes what the future holds clear to Steffy. Check out The Bold and the Beautiful spoilers to learn what Bill thinks his rival needs to know.

Days of our Lives:.
In failing health, Adrienne tries to choose between Justin and Lucas. But will the choice be harder after her test results come back? Across Salem, Jenn notices how close Gabi and Chad are getting and decides it’s high time for Abby to let him know that she’s not dead. Meanwhile, Claire and Theo decide to kick their relationship up a notch while Kate spends the holidays with Eduardo. Read the Days of our Lives spoilers to find out what happens to Hope in prison.

General Hospital:
Nelle puts the wheels on her plot and sets her sights on manipulating Sonny when’s vulnerable. Meanwhile, Franco’s plans for Tom Baker get more grim as he turns to Heather for some help. Across Port Charles, Valentin uses Charlotte to manipulate Nina when Anna isn’t getting in the Cassadine’s face. And Alexis may have to pay the piper for her latest bad behavior. Read Soaps.com’s General Hospital spoilers to learn who breaks up a scuffle at the hospital.

The Young and the Restless:
Dylan has to make a choice after Michel informs him that heꞌs a lot more likely to get visitation rights without Sharon being involved. While Chelsea and Nickꞌs relationship hits a rough patch, his mother is busy trying to patch things up between Nick and his brother. Across Genoa City, Victoria tries to get to the bottom of things with Travis and things seem to be looking up again for Victor. Visit The Young and the Restless spoilers to find out who is getting married around Christmas.

Fox Picks Up Canadian Legal Drama ‘Diggstown’ From Entertainment One