Where Are They Now? Soap opera alums star in 2016 Christmas movies 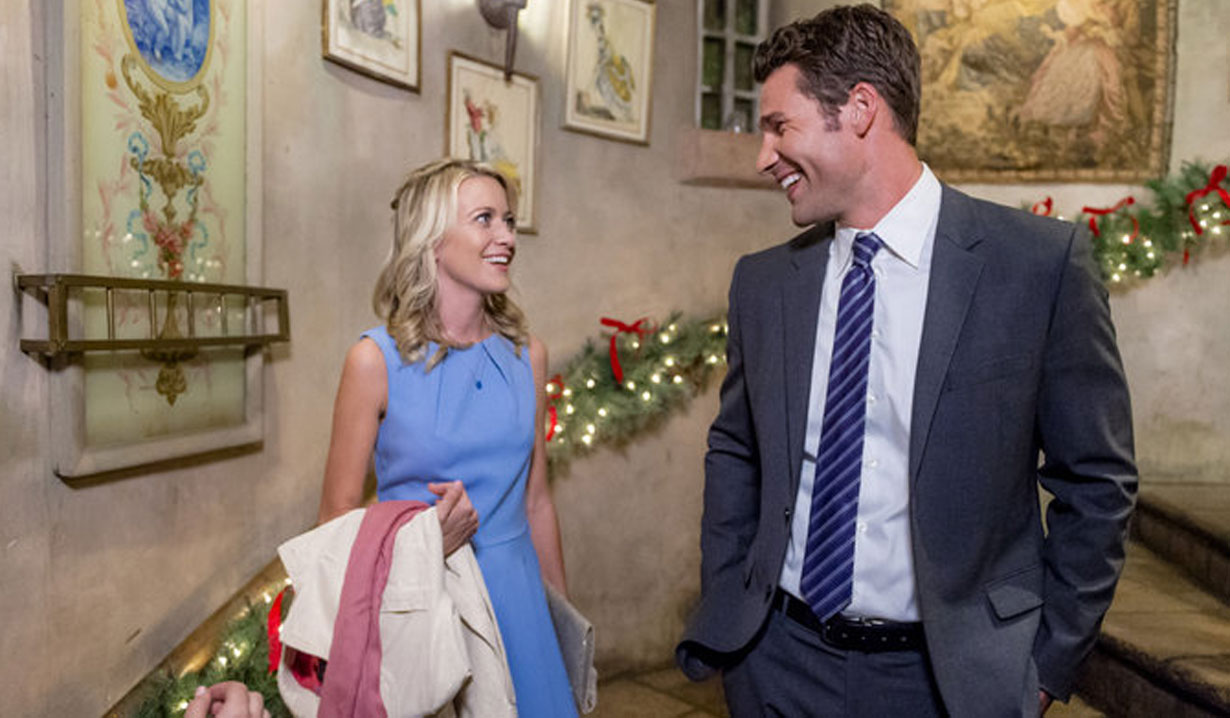 Tis’ the season for holiday stories filled with a soapy twist.

As we creep into December, Soaps.com has uncovered more Hallmark holiday movies, as well as some on other networks, plus a recurring role in an upcoming FX series for one former daytime actress.

Cameron Mathison and Mira Sorvino in A Christmas to Remember.
“All My Children” alum Cameron Mathison (Ryan Lavery, 1998 to 2011) will be heading back to the Hallmark Movies and Mysteries Channel in its holiday premiere “A Christmas to Remember.” Starring alongside former “Guiding Light” actress Mira Sorvino (Julie Camalletti, 1991) the story follows a woman (Sorvino) who heads to a small mountain retreat in order to escape life as a harsh TV personality. However, when she ends up with amnesia as a result of a car accident during a blizzard, a passerby (Mathison) takes her in. Tune in Sunday December 18 at 9:00 PM. Mathison plays in Mike Kingston in Hallmark’s “Murder, She Baked” mystery movies with Alison Sweeney (“Days of our Lives’” Sami Brady). In an interview with Soaps.com Cameron Mathison talked about possibly returning to soaps and stated, “I probably would take a role with a short story arc depending on the character… My dream role… Maybe a quirky character with lots of comedy. That would be fun and refreshing.” Most recently, Sorvino appeared on “Lady Dynamite” as Jennipher Nickels and played Sara on “Falling Skies” from 2014 to 2015.

After a quick weekend in LA I'm back in #beautifulbc shooting in #whistler village???? Anyone know if #heliskiing has started?? ??⛷?#justkidding #notreally #heli #skiing #mountainbike #christmasinoctober #christmasmovies

This our cute little pretend family

Kathy Bates to recur in FX’s Feud.
Kathy Bates first popped up in daytime on “The Doctors” as Phyllis in 1977 then appeared on “All My Children” as Belle Bodelle in 1984 before playing Evelyn Maddox on “One Life to Live” that same year. She’ll always been remembered for playing Annie Wilkes in the 1990 film “Misery” and has been a part of “American Horror Story” since 2013. TVLine has learned that the actress has landed a recurring role on the upcoming FX anthology series “Feud,” which chronicles Joan Crawford and Bette Davis’ confrontational relationship during the 1962 film “What Ever Happened to Baby Jane?” Look for Bates to play Davis’ confidante Joan Blondell. The eight episode drama will premiere sometime in 2017.

Meredith Hagner stars in Hallmark’s My Christmas Love.
Meredith Hagner got her start in acting by landing the role of Liberty Ciccone Snyder on “As the World Turns” in 2008, a role she played until 2010. She went on to appear in numerous primetime and film roles, including “Men at Work,” “Royal Pains” and “Search Party.” The actress will be seen next starring in Hallmark Channel’s “My Christmas Love.” Viewers will be taken on a journey as a hopeless romantic named Cynthia (Hagner), who never seems to give a guy a real chance, begins anonymously receiving each of the ‘12 Days of Christmas’ as gifts. With the help of her sister and closest friends, a mystery unfolds with hopes that her suitor will live up to her expectations. Aaron O’Connell (“The Haves and the Have Nots”) also stars as Scott Ericson with Bobby Campo (“Scream: The Series”) as Liam Pollok, Megan Park (“The Neighbors”) as Janet Manning and Gregory Harrison (Rizzoli & Isles) as Tom Manning. Stay tuned for the premiere on Saturday December 17 at 8:00 PM.

Jason-Shane Scott, Jessica Morris and Vivica A. Fox in A Husband for Christmas.
They played siblings Will and Jennifer Rappaport on “One Life to Live” and now Jason-Shane Scott and Jessica Morris will reunite once again in the ION Television Channel movie “A Husband for Christmas.” The story surrounds two graphic designers, Roger (Ricco Ross) and Brooke (Vivica A. Fox), who agree to a loveless marriage of convenience in order for Brooke to upstage her sister who’s engaged to her ex-boyfriend. Just as those around them begin to question the marriage, the couple becomes aware of a spark that neither knew existed. Look for Scott as Agent Nathan Hedge and Morris as Agent Marie Adams. “The Young and the Restless” alum Eric Roberts (Vance Abrams) appears in the project as well. Vivica A. Fox (“Y&R’s” Stephanie Simmons; “Days of our Lives’” Carmen Silva; “Generations’” Maya Reubens) also acts as a producer. The holiday movie premieres on Sunday December 11 at 9:00 PM. If you can’t watch the premiere, the channel will air encores on Sunday December 18 at 7:00 PM and Saturday December 24 at 5:00 PM.

Make sure to catch me being an icy biotch in "A Husband For Christmas" Dec. 11th @ 9/8 c pm on @iontelevision #christmasmovie #actress

No matter how many tv shows or movies we do together, we never get tired of each other. Promise? @jasonshanescott #thewrongstudent #exbro