Soap Summaries: Thanksgiving brings drama for some, as others reunite 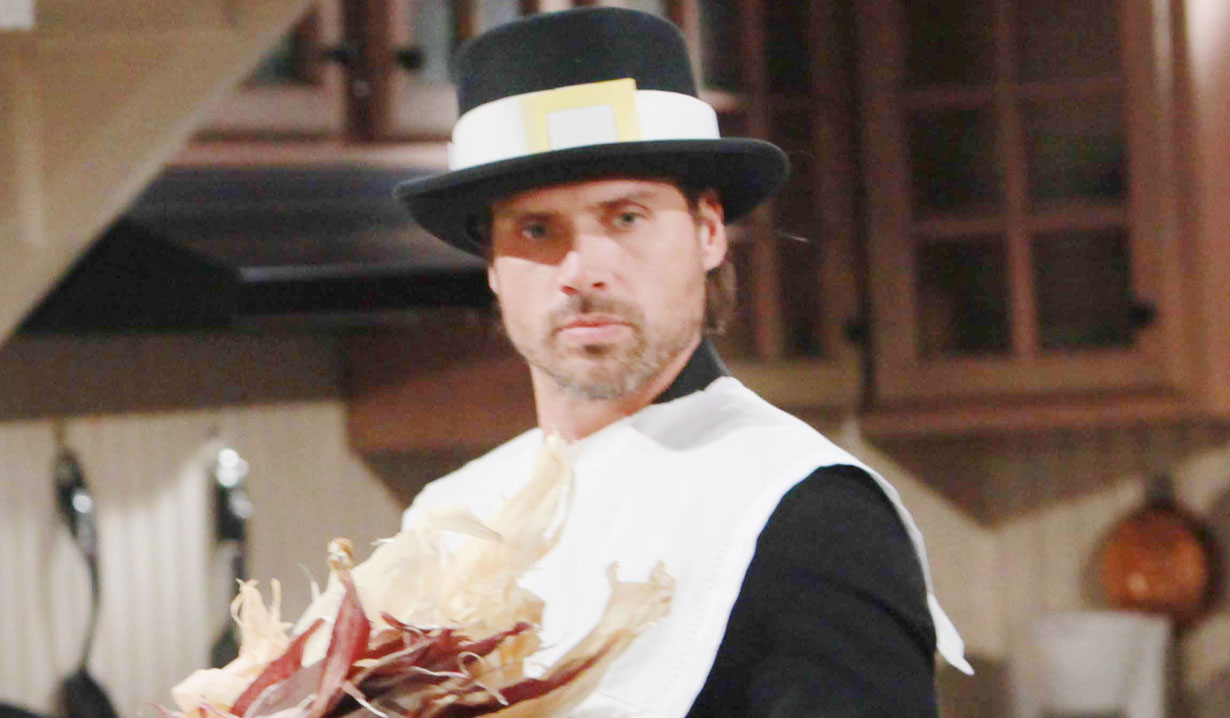 Putting differences aside in order to come together and celebrate Thanksgiving.

Soaps.com is back with highlights from last week to get readers caught up on current storylines, plus daily soap opera recaps as not to miss any of the Thanksgiving drama leading up to what’s ahead.

Watch as Cathy Rankin dishes on all this weeks soap drama in the Soaps.com Round-up!

The Bold and the Beautiful:
Brooke couldn’t give Ridge an answer to his proposal, as Bill promised RJ that he’d spend his life making his mother the happiest she’d ever been. Though RJ admitted to Brooke that his day with Bill hadn’t been that bad, he urged his mom to listen to her heart where Ridge was concerned. Zende wanted Nicole to do the same and presented her with an engagement ring. Elsewhere, Katie stood her ground against Quinn, who ended up apologizing for being insecure and hugged her new neighbor. All the while, Steffy convinced Eric that everything she’d done had been out of love. Read the Bold and the Beautiful daily recaps to learn what happened when the Logans, Spencers and Forresters spent Thanksgiving dinner together.

Days of our Lives:
Jenn begged Abby to stay in Salem and fight for her life with Chad and Thomas, as Chad and Gabi shared a passionate kiss. After Chad and Gabi decided against going further romantically, Gabi forgave JJ for cheating as Abby prepared to reveal herself to Chad. Justin barged into Lucas and Adrienne’s wedding and professed his love. Adrienne couldn’t assure Lucas that she was ready to get married, which led to an outburst from Kate as well as an almost all-out brawl between Lucas and Justin. Sonny took charge, cornered his mother, Justin and Lucas in a room and demanded that Adrienne make a decision. Elsewhere, Steve and Kayla worried when Joey announced his plan to quit school in order to take care of Jade and their baby. Read our Days of our Lives daily recaps to hear what Theo told Abe about Valerie, as Steve and Paul investigated the Hernandez family shipments.

Related: Soap characters who have plenty to be thankful for this thanksgiving

General Hospital:
Diane got Sonny released on house arrest, as Nelle spied Jax and Carly getting cozy and overheard Carly promise not to throw herself at him again. Later, Michael asked Nelle to keep an eye on Sonny, who spent some time with Laura reflecting on their individual loss. Jason and Sam continued to look into Julian’s car bombing and learned Oscar Jessup had been dead since 1990. Wanting all the help they could get, Jason agreed to team up with Curtis on the case. Elsewhere, Julian received another mysterious call then caught Alexis skipping out on her family festivities and boozing it up in a bar, where she later ran him down with her car. Tracy convinced Hayden to move into the Quartermaine mansion in time for the traditional pizza-themed Thanksgiving, as Finn monitored Hayden’s illness. Read our General Hospital daily recaps to find out how Scott managed to trick Lucy in order to get the pills back for Ava.

The Young and the Restless:
Kevin insulted Chloe by comparing her to Sharon since she’d kept Bella’s father from her like Sharon had done with Christian. Over in Chancellor Park, Billy watched as Vikki asked Travis to give her time in regards to his marriage proposal. After a talk with Ashley, Billy kept quiet about Travis’ cheating and told Vikki to follow her heart. During the holiday, Phyllis and Billy worked with Jill and Esther to feed the homeless, as Summer, Abby and Jack were smoked out of the Abbott cabin over a fried turkey. After the girls left, Jack imagined Billy and Phyllis having sex in the cabin then confronted his brother about it when he appeared. Cane returned home after surgery and urged the family to join the holiday celebrations at Crimson Lights then reached for painkillers to help with the throbbing in his leg. Read The Young and the Restless day-ahead recaps to learn about two huge announcements that were made, as many put their differences aside in order to spend the holiday together.