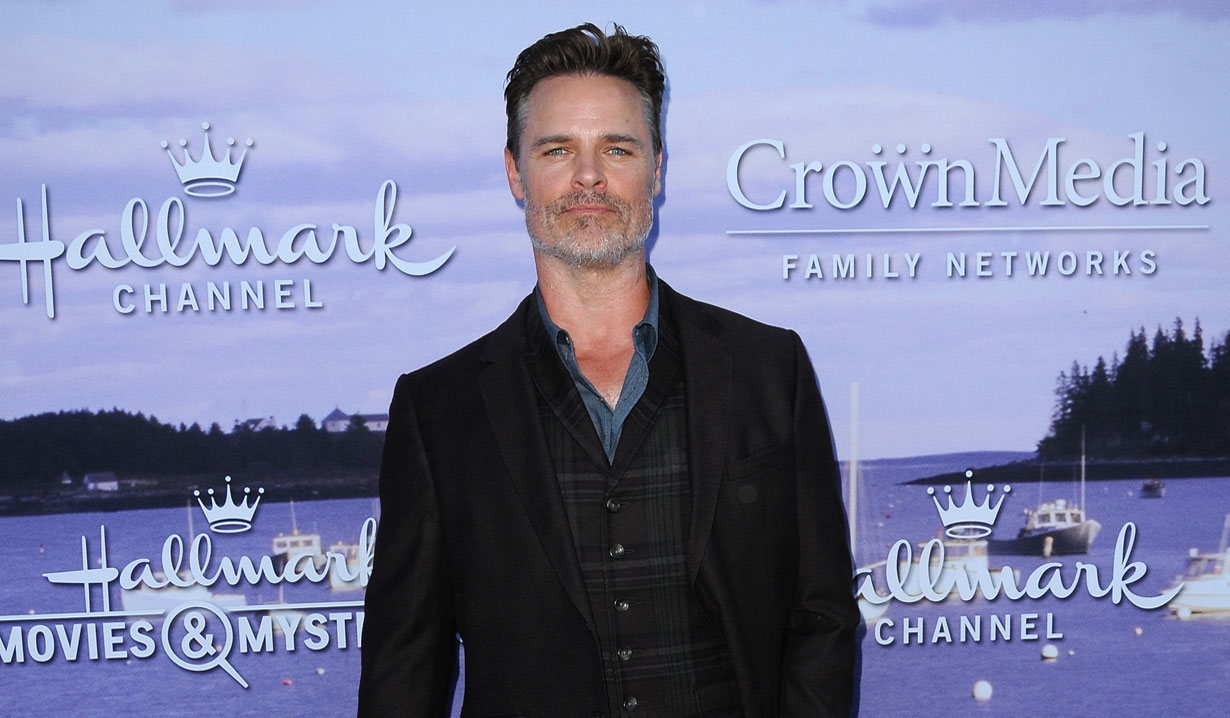 The countdown to Christmas is filled with holiday pageants, special wishes and guardian angels.

It’s much about Christmas in this week’s column surrounding former actors of current soaps. Soaps.com has uncovered a slew of Hallmark holiday movies and an Amazon Prime special for one alum, as well as an engagement.

Dylan Neal and Anne Heche team up in Looks Like Christmas.
Former “The Bold and the Beautiful” actor Dylan Neal (Dylan Shaw, 1994 to 1996) will join Anne Heche (“Another World’s” Vicky Hudson, 1988 to 1992) in the Hallmark premiere “Looks Like Christmas.” Heche’s character, nicknamed ‘Christmas Carol’ for her over-the-top holiday spirit, meets her match when a new single dad ‘Terry Christmas’ (Neal) arrives on the scene in time for the school’s annual pageant. Tune in to the Hallmark Channel at 8:00 PM on Sunday December 4. Neal also played Jack Griffith on Hallmark’s original series “Cedar Cove,” Henry on Hallmark Movies and Mysteries’ “The Gourmet Detective” movies and plays Bob Adams in the “Fifty Shades of Grey” films.

So my characters house in the @hallmarkchannel Xmas movie I'm doing is Jack's house from season 1 on @cedarcove_tv Small world. #christmascarol

Nikki DeLoach in A Dream of Christmas.
Nikki DeLoach, who played “Days of our Lives’” Brenda from 2007 to 2009, stars in the Hallmark Channel Countdown to Christmas movie “A Dream of Christmas.” The story surrounds Penny (DeLoach), who’s unhappily married to Stuart (Andrew Walker, “Appetite for Love”) and gets more than she bargained for when her wish – to be single again – is granted, leaving her with a dream home, a great car and the ultimate job. However, she begins to realize she has everything she ever wanted, except her husband and sets out to meet Stuart for a second time in hopes of falling in love all over again. Don’t miss the premiere on Saturday December 3 at 8:00 PM.

Ricky Martin reveals engagement to Jwan Yosef.
Ricky Martin (“General Hospital’s” Miguel Morez, 1994 to 1995) announced on the Wednesday November 15 episode of “The Ellen DeGeneres Show” that he and boyfriend artist Jwan Yosef are engaged. Watch the video where Martin talks about being in love, as Ellen grills him as to how he met the man in his life, as well as how he proposed to Yosef. Martin also has twin sons, Matteo and Valentino, who were born by gestational surrogate in August 2008.

Kristin Davis in Hallmark’s A Heavenly Christmas.
“General Hospital’s” Kristin Davis (Nurse Betsy Chilson, 1991; “Sex and the City”) will star in the special presentation of the Hallmark Hall of Fame premiere “A Heavenly Christmas.” The story follows Eve Morgan (Davis), a workaholic, who, after her untimely death, is connected to a guardian angel (Shirley MacLaine, “Terms of Endearment”) who trains Eve to become a Christmas angel in Heaven. Eve isn’t the fastest learner but is assigned to help a struggling singer named Max (Eric McCormack, “Will & Grace”) use his musical talent to heal old family wounds. Along the way, Eve is able to heal some of her own wounds while embracing the true meaning of Christmas and finding love along the way. Tune in to the Hallmark Channel on Saturday November 26 at 8:00 PM.

Just a happy picture from our set on a crazy kind of Sunday! The cast of our @hallmark movie is such a joy- Shirley MacLaine and Eric McCormack are smart, funny and fascinating. Thank you both for bringing so much of yourselves to our movie. ❤️

Alyvia Alyn Lind in An American Girl Story – Maryellen 1955: Extraordinary Christmas.
Alyvia Alyn Lind (“The Young and the Restless’” Faith Newman) will be starring in the upcoming Amazon Prime holiday special “An American Girl Story – Maryellen 1955: Extraordinary Christmas.” The special follows the American Girl BeForever character Maryellen Larkin (Lind) as she works to make sure Polio patients, including a family friend receiving treatment, in her Daytona Beach, Florida community have an awesome Christmas. The American rock duo Best Coast will have their original song “Every Day” featured in the special. Keep an eye out for its release on Amazon Prime on Friday November 25. The actress also starred with Dolly Parton in Coat of Many Colors, as well as the spin-off “Christmas of Many Colors: Circle of Love.”

Soap Characters With Plenty to Be...