Soap Characters With Plenty to Be Thankful for This Thanksgiving 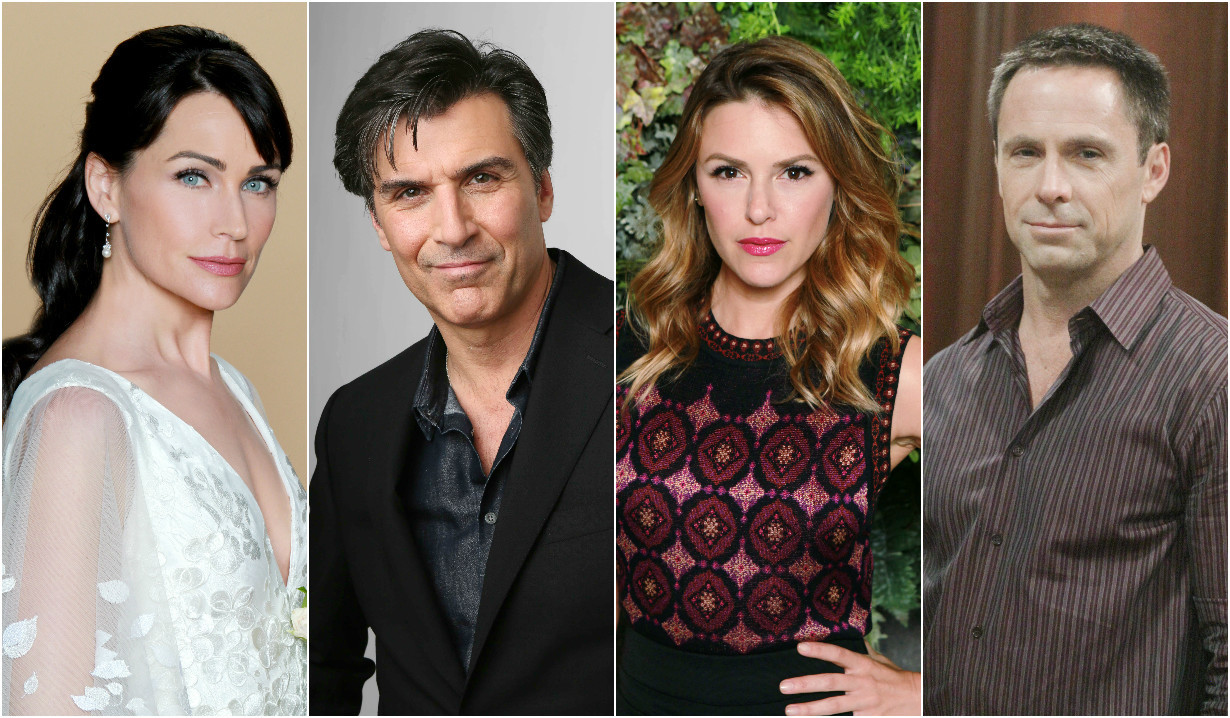 Whether it’s for having loving family members, good fortune, second chances or freedom, there’s an abundance of soapy blessings to go around this year.

Thanksgiving is a time for reflection on life’s gifts. It’s a time to take stock of our blessings and to be grateful for what we have. In the spirit of the holiday, Soaps.com is reflecting on soap characters who have a great deal to be thankful for this Thanksgiving.

Quinn Fuller Forrester:
From sword wielding over protective mama, to infatuated kidnapper, there just didn’t seem any role left for Quinn to fill. Yet this thanksgiving, Quinn will be filling the role of Forrester monarch. It seems only Quinn could trade in swords and daggers for a wedding ring from Eric Forrester. There’s little doubt Quinn has the largest list of things to be thankful for this Thanksgiving.

Liam Spencer:
What a year for Liam. He lost a great deal – from his beloved Steffy to his brother, and – thanks to Quinn – his memory, freedom, and nearly his life. Even when he was rescued, he had to deal with Quinn’s infatuation. But just in time for Thanksgiving, Liam has gotten his life back and even recaptured Steffy’s love. Liam probably understands more than anyone about the importance of counting one’s blessings!

Maya Forrester:
Maya has had a bountiful year. Her loyal sister Nicole disregarded hunky Zende’s wishes and acted as a surrogate so Maya and Rick could have Lizzy. Despite changing her mind at the last minute, Nicole was even willing to act as surrogate for a second time. How blessed is Maya to have such a loyal and devoted sister, not to mention a loving husband and beautiful daughter.

Deimos Kiriakis:
Deimos should really utter more than one Thanksgiving prayer this year. He went from prison inmate, to menacing villain who tortured Bo and paralyzed Maggie, to embraced Kiriakis family member. He was given the coveted Titan CEO position. But perhaps what he should really be thankful for this year was managing to survive the wrath of Kate Roberts.

Paul Narita:
Talk about being blessed. Paul survived being brainwashed, kidnapped, and tortured by John’s father Yo Ling – and escaped all largely unscathed. And now, the former Pro baseball player has developed a knack for investigative work too. With Sonny back in his life and the promise of a hot romance on the horizon, we’re pretty sure Paul has a long gratitude list.

Theresa Donovan:
While her good fortune changed with Mateo’s arrival, Theresa still has a lot to be thankful for this year. She has a beautiful baby boy and Brady truly does love her. But perhaps the most shocking blessing of all in JeannieT’s life is that Victor finally came around. Victor offered her support during the Mateo situation, saved her life, and most recently, finally gave her the approval she so desperately wanted. A Thanksgiving blessing indeed.

Related: Find out which soap operas are on Thanksgiving Day

Valentin Cassadine:
Valentin received what viewers hope he will regard as a Thanksgiving miracle – a daughter, Charlotte, who he was recently awarded custody of. It also seems he has a mysterious, but intriguing, connection to Anna. Oh, and let’s not forget that Mikkos changed his will and left everything to Valentin. A daughter, a connection to a legacy character, and a windfall – who wouldn’t be thankful?

Franco:
Is there a character more blessed in second chances than Franco? He’s come far since his murderous, torturous ways, and of course, since his brain tumor. As he gets ready to celebrate Thanksgiving, he has a budding relationship with Liz that continues to build slowly and sweetly. Let’s hope he stays grateful for what he has been given and doesn’t fall back into old ways.

Julian Jerome:
Julian’s blessings are undeserved and shocking. He’s committed a range of treacherous crimes and has been vindicated from them all. He’s also blessed with an equally conniving sister who assisted in his triumph over the law. Julian’s no doubtful thankful he is not being incarcerated for solicitation, conspiracy to commit murder, murder, and attempted murder. Imagine making a Thanksgiving toast in thanks for all of that.

Sharon Newman:
Despite the Christian reveal causing heart break, Sharon’s big secret finally coming to light is something to be thankful for. Christian’s reveal was dragged out for months and months, allowing Sharon time to create more lies and deception and therefore more stress – too much for someone suffering from bipolar. Besides, Sharon’s secret finally being exposed is a Thanksgiving blessing for viewers too.

Victor Newman:
Victor has the blessing of freedom to be thankful for this year. Despite his various disturbing crimes, Victor still managed to be exonerated in exchange for doing one good deed – taking down Ian Ward. Now he’s back at Newman grumbling about ‘that Jack Abbott’, bossing his family around, and spying on his latest business minion, Travis. It’s up to viewers to decide if we should be thankful the Moustache has triumphed again.

Chloe Mitchell:
Chloe sailed back into Genoa City, presumably killed Adam, destroyed Chelsea’s happiness and made Connor fatherless in the process, and ignited a romance with Kevin – all under the guise of sanity. Talk about warped blessings! Since Chloe has gotten away with just about everything, we’re pretty sure she’s in a thankful mood this Thanksgiving.

Which characters do you think have a lot to be grateful for this Thanksgiving? Sound off in the comments below!