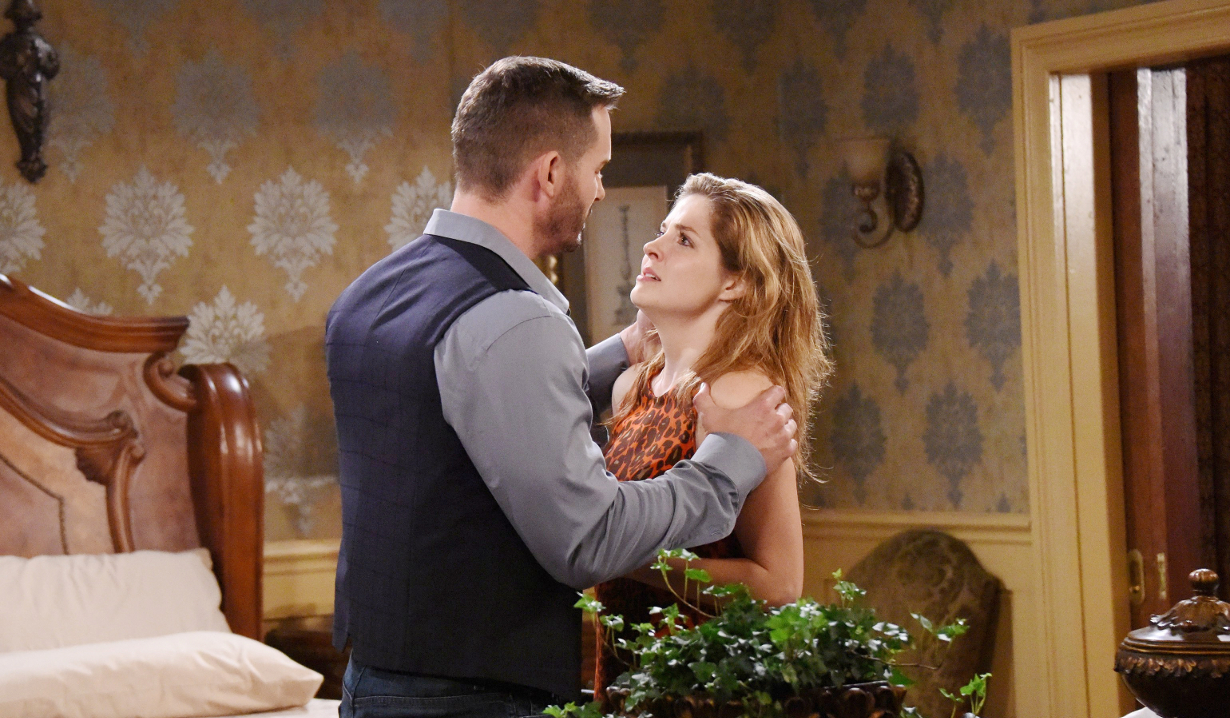 Moving in, coming back and leaving town.

The Bold and the Beautiful:
Ridge’s week starts off badly when his latest plan to oust Quinn collapses. He tries to get back on track by making a meaningful moment with Brooke. Meanwhile, Quinn’s annoyance with Katie escalates after she discovers that the brunette is moving in next door. And Zende orders Sasha to steer clear of Nicole. Check out The Bold and the Beautiful spoilers to learn who has an uncomfortable day with RJ.

Days of our Lives:
Justin attempts some last ditch legal maneuvers to get the judge to go easy on Hope. While the sentence gets handed down on her case, someone else is stuck for words when Abby reveals that she’s alive. Meanwhile, Theresa ends her days in Salem by doing all she can to make Brady hate her guts. And Lucas and Adrienne prepare for their wedding day. Read the Days of our Lives spoilers to find out who Steve gets some troubling news about.

General Hospital:
Sonny continues to spin out of control and Jason urges him to get some legal advice. Things could change once some new information comes to light. And Liz is not happy when Franco’s intentions are revealed. His attempt to protect her could wind up backfiring. Across Port Charles, Lucy calls Scott out and Griffin starts to lose it. Read Soaps.com’s General Hospital spoilers to learn who has something to be hopeful about.

The Young and the Restless:
While Billy tells Victoria that she may have been a little too hard on Travis, Travis is planting is lips hard on Michelle. As the Newman is forced to make a major decision, Phyllis looks for another ally in her latest scheme and manages to get a kiss out of Jack. Across Genoa City, things are looking grim for Sharon after she’s shared her story and this leaves Nick in a position to seal her fate. Visit The Young and the Restless spoilers to find out who Victor opens up to about his problems.