Where Are They Now? Alums in First Strike Butcher Knife, engagement news 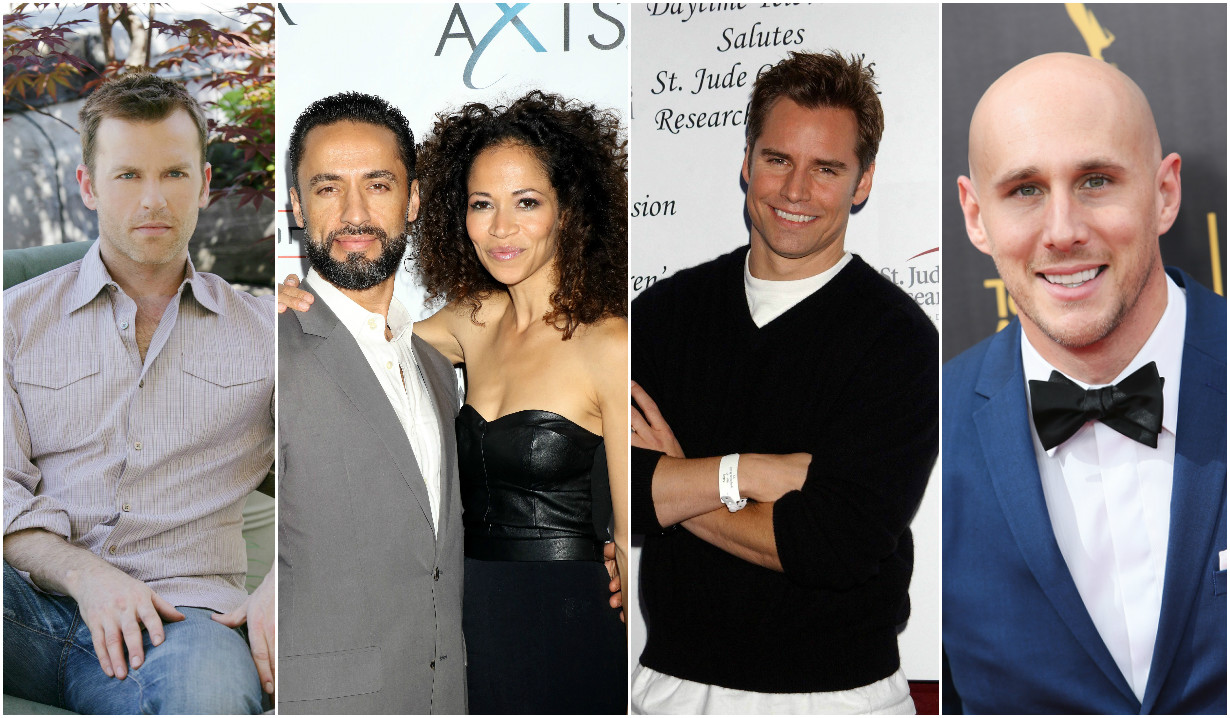 It’s never too late to fall in love all over again.

In this week’s column Soaps.com has an engagement, a star-studded cast in a new short film, a Hallmark holiday movie, primetime guest-starring and recurring roles and a message to an actor who’s fighting a battle with cancer.

Jennifer Bassey engaged to George Bamford.
Jennifer Bassey (“All My Children’s” Marian Colby Chandler, 1983 to 2011) recently got engaged to George Bamford at sunset at Duke’s restaurant in Waikiki, Hawaii. After the loss of her first husband in 2008, Bassey surrounded herself with those closest to her during her grief and was later introduced to Bamford, who had also lost his spouse of fifty years. Knowing what he was going through, Bassey offered support and through it all, the two fell in love. “Two and a half years later, here we are,” Bassey told People. “I never dreamed when I met George it would turn into this — that we would [develop] feelings for one another. I thought I had 30 great years with someone else, and maybe I won’t meet anybody again, and that’s okay. But it just happened” The couple enjoys traveling and plans to have an imitate wedding. Soaps.com sends Bassey and Bamford our very best!

Check out me and George Bamford on https://t.co/yC7X4LVNm0 to read about our engagement story!https://t.co/5UesoSqbe8

Melissa Joan Hart, Cynthia Gibb and Jackee Harry in Broadcasting Christmas. Soap alums will be coming together in the Hallmark Channel holiday premiere “Broadcasting Christmas,” starring Melissa Joan Hart (“Another World” roller-skater, 1986; “Sabrina the Teenage Witch”), Cynthia Gibb (“Search for Tomorrow’s” Suzi Martin, 1983) and Jackee Harry (“Another World’s” Lily Manson, 1983 to 1986), as well as Dean Cain (“Lois & Clark: The New Adventures of Superman”) and Richard Kline (“Three’s Company”). The story follows Emily (Hart), an ambitious television anchor aimed at climbing the ranks who competes for a co-hosting position, opposite show diva Veronika (Harry), with Charlie (Cain), a local TV anchor from another station. Since both reporters are perfectly suited for the job, a contest is created to see which one can cover the best and most meaningful holiday stories on the local news for two weeks leading up to Christmas. During the process, Emily and Charlie discovery the true meaning of Christmas – and each other. Tune in on Wednesday November 23 at 8:00 PM.

Night shoots are the best, especially when you get to be in comfy clothes, brushing your teeth with men practically spooning you in a tiny bathroom. #moviemagic #nightshoot #BroadcastingChristmas #Thatsawrap A photo posted by Melissa Joan Hart (@melissajoanhart) on Oct 11, 2016 at 7:25pm PDT

Kelsey Grammer to guest star on Modern Family.
Kelsey Grammer played a waiter on “Ryan’s Hope” in 1979 and a paramedic on “Another World” in 1982 before turning up as the character Dr. Frasier Crane on various popular series such as “Cheers,” “Wings” and of course “Frasier.” The actor will be making a guest appearance on ABC’s “Modern Family” in early January 2017 and taped his role of a circus ringmaster named Keifth a couple of weeks ago. Entertainment Weekly is reporting that the character is also the ex-boyfriend of Cam (Eric Stonestreet). The series is in its eighth season and airs Wednesdays at 9:00 PM.

@janina One of my favorites @sleepyhollowfox #sleepyheads

Find out which soap operas are on...