Where are they now? Martha Byrne back onstage, Emily Wilson co-hosts 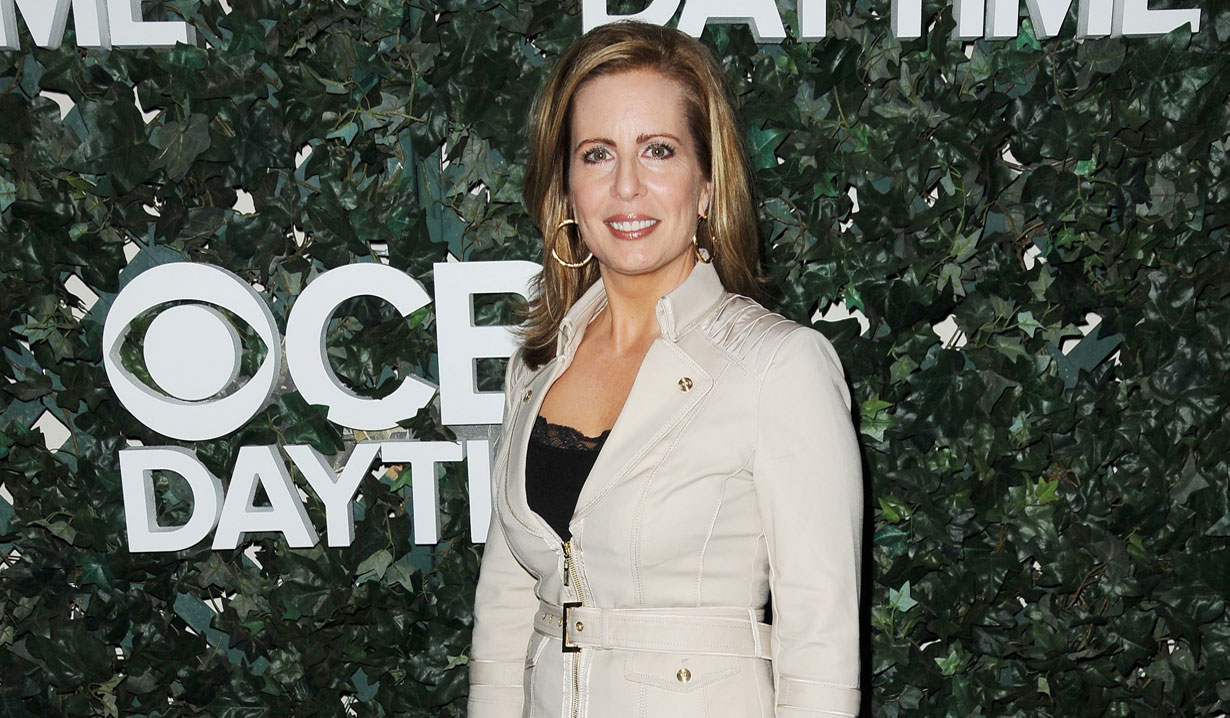 Taking time out to honor various heroes and all they do for others.

Soaps.com has a couple of stage appearances where fans can catch soap alums of current soaps, as well as film, primetime and co-hosting news.

See Lorenzo Lamas onstage in The Fantasticks.
If you have yet to catch a performance of the popular show “The Fantasticks” fans can see “The Bold and the Beautiful” alum Lorenzo Lamas (Hector Ramírez, 2004 to 2006) onstage as El Gallo, previously played by Peter Reckell (“Days of our Lives’” Bo Brady). The story puts a comic twist on “Romeo and Juliet,” when a boy and girl fall in love in the midst of a fake feud between their fathers. Lamas will continue in the role through Sunday November 13 at The Jerry Orbach Theater (The Theater Center) at 210 West 50th Street at Broadway in New York City, New York. Call 1-212-921-7862 or visit Ticketmaster to reserve your seats today.

Join me in #nyc for a special engagement. You can call the box office directly (212) 921 7862 or go to ticketmaster.com This play is a perfect family musical with heart and soul #broadway #timessquare #musical

Victor Alfieri lands lead in Dirty White Lies.
Victor Alfieri first broke into daytime playing Franco Kelly on “Days of our Lives” from 1995 to 2000 then went on to appear on “The Bold and the Beautiful” (Giovanni Lorenzano), “Passions” (Gianni Valentino) and “All My Children” (Ciro). Over the years he’s turned up in primetime and film and will be starring in the 2017 thriller “Dirty White Lies.” The story follows a couple, with both Julia and Tony (Alfieri) having had an affair, that desperately tries to save their marriage by taking a sailing holiday, which backfires at sea. Filming for the upcoming release is underway and is written and directed by Wolfgang Büld with Phil Taylor as producer.

Martha Byrne onstage, In the Car with Blossom and Len.
“General Hospital” alum Martha Byrne (Andrea Floyd, 2009) will be playing Fern in the Queens Theater production “In the Car with Blossom and Len.” The audience will be taken on a journey as Fern and Holly (Patricia Randell), who were raised by wildly unpredictable, endearingly neurotic and blatantly dysfunctional parents, lend a hand as their eighty-some year old father and mother face the biggest issues of their lives. The play runs from Friday November 11 through Sunday November 20. Tickets are $25 and can be purchased online or by calling 1-718-760-0064. Byrne is best known for playing Lily Snyder on “As the World Turns” from 1985 to 2008.

Having an incredible time rehearsing. I forget how much I love acting until I dust off that part of my brain! #stillworks

Emily Wilson co-hosts The Hero Effect.
Variety has learned that Emily Wilson (“General Hospital’s” Ellie Trout) will co-host the new OWN (Oprah Winfrey Network) inspirational docuseries “The Hero Effect,” along with NFL great Donald Driver, who also won season 14 of “Dancing With the Stars.” Brought to viewers by United Way Worldwide and Dolphin Entertainment, the 10-epsiode series will be shot on-location to highlight people who make a big different in their communities. Topics of interest during season one will include early childhood education, foster care children, veterans’ services and human trafficking, with heroes having been nominated from the 1,200 United Ways in the US. Tune in at 10:00 AM on the second Saturday each month, beginning on November 12, for back to back episodes. Early last month, Emily Wilson married Adhir Kalyan.

Thanks @Donald_Driver80! YOU are amazing!!!! Love you!! Can't wait to share these stories with you! https://t.co/gvhRuUzVtV

Check out THE HERO EFFECT trailer to see what's in store for the season! The show premieres Nov. 12th on OWN. https://t.co/LSF8dZojDN

Vanessa Marano’s Switched at Birth, final season premiere date announced.
Vanessa Marano (“The Young and the Restless’” Eden Baldwin, 2008 to 2010) has starred as Bay Kennish in Freeform’s “Switched at Birth” since the family drama premiered in June 2011. The story surrounds two girls switched at birth, with one having been raised in an affluent suburb and the other in a working-class neighborhood. The upcoming fifth season will include the topical issue of campus race relations, along with the 100th milestone episode. Tune in for the season premiere on Tuesday January 31 at 9:00 PM.