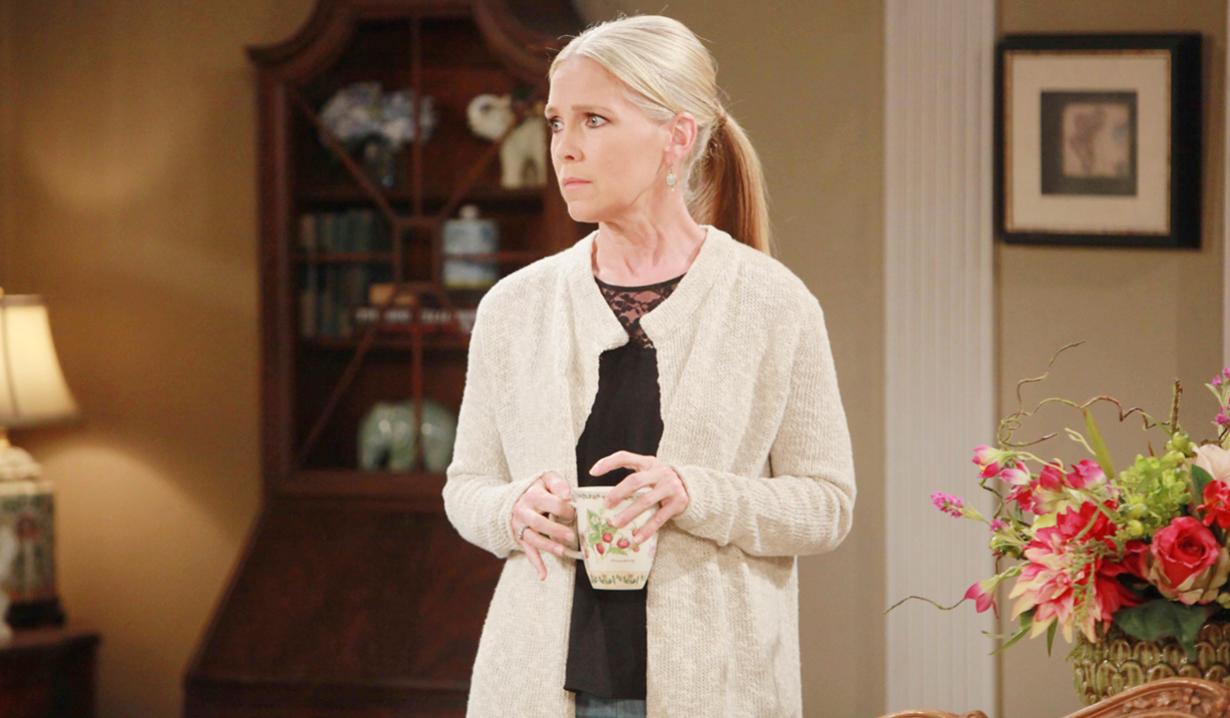 Nightmares come to life and tough decisions are made.

The Bold and the Beautiful:
Steffy solidifies her reunion with Liam by having her tattoo wedding band removed. Meanwhile, Eric makes a decision as to what to do about Brooke and Ridge, who had planned to take control of Forrester Creations with Bill’s shares, and Zende is bowled over by news he hears from Nicole at the company Halloween party. Later, Nicole is in turn shocked when she finds out what Zende has done. Check out The Bold and the Beautiful spoilers to learn who will go on a trip to Hawaii.

Days of our Lives:
Halloween kicks off in Salem with Hope’s secret finally coming out. This not only impacts Hope, but Rafe and Roman as well. As time begins to run out for Marlena and Kayla, Jennifer and Adrienne make a significant purchase. Meanwhile, as Deimos looks for Nancy in order to get information about Chloe, Philip holds a conversation with Brady that leads him to realize he wants to be with her. Read our Days of our Lives spoilers to find out who will try to persuade Theresa to make the right decision.

Spotlight: Soap stars get into the Halloween spirit

General Hospital:
An unexpected visitor will cause upheaval as Port Charles celebrates Halloween at the Metro Court. Anna takes on a new assignment, Griffin turns to her for help, and later she reveals a big surprise. Meanwhile, Michael grills Nelle, and after Val is betrayed by Curtis, Jason pressures him to tell all. As the week wraps up, shots are fired and Ava receives a scary message. Read Soaps.com’s General Hospital spoilers to learn who uncovers Alexis’ private intentions.

The Young and the Restless:
The business intrigue continues in Genoa City as Victor corners Travis, Summer gets the goods on her mother, Billy comes across some information, and Jack is forced to work with Phyllis. Abby finally makes a decision about her marriage after Stitch goes ‘caveman’ on Travis earlier in the week. Elsewhere, after suffering a meltdown on the anniversary of Christian’s death, Nick learns new information that leaves him wanting revenge. Visit The Young and the Restless spoilers to find out who will have a nightmare.