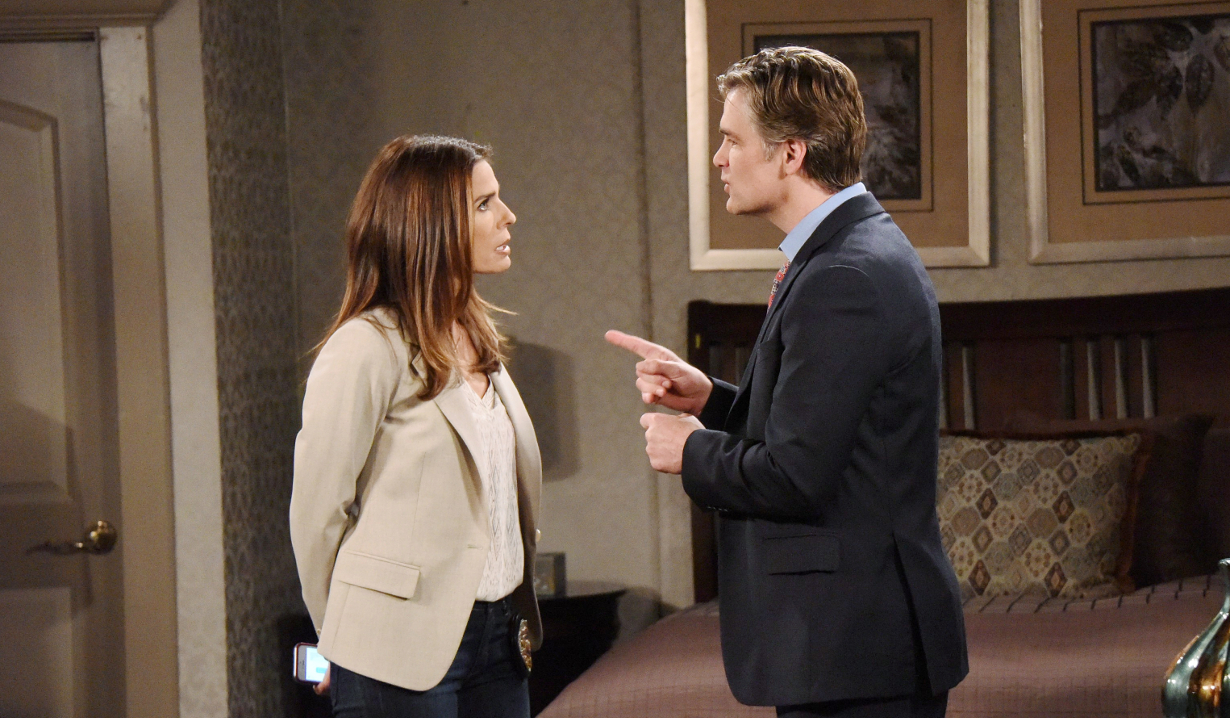 Blackmail, big news, and burying the past.

The Bold and the Beautiful:
Brooke gets tired of Ridge always planting his lips on her. But can the man with the husky voice rationalize his erratic behavior any better than Quinn? She tells anyone who will listen how much she’s changed. As she and Wyatt take over at Forrester while Eric is out of commission, Ivy could be eying a reunion with the now single son of Dollar Bill. Check out The Bold and the Beautiful spoilers to learn what Justin might have for Bill.

Days of our Lives:
With Hope blackmailed into a night on the town with Aiden, Rafe turns to Roman for help when he gets desperate to save his troubled lover. Meanwhile, Abe may be feeling better when it turns out that the woman who will be cutting him open for surgery is a former girlfriend. Across Salem, Kayla and Steve’s plans for the future become unsettled while things settle down between Andre and Chad. Read our Days of our Lives spoilers to find out who offers Kate a job.

Spotlight: Soap stars get into the Halloween spirit

General Hospital:
Though Claudette manages to outwit Nathan once again, the cop is soon on the receiving end of a video that leaves him disturbed. Across Port Charles, Laura tries to say so long to some of her history while Griffin opens up to Anna about his. Meanwhile, Jordan gets some news that she wasn’t expecting and Jason and Sam have some news for Danny. Read Soaps.com’s General Hospital spoilers to learn who Valerie has to keep her eyes on.

The Young and the Restless:
Patty continues to get wily in her scheme to get out of captivity and into Sharon’s life. Meanwhile, Nick starts to lose control while Kevin tries to keep a handle on his love life. As Dylan digs for answers, Jill decides that she already has them all and lays down the law with Cane. And Hilary and Devon may soon regret making an enemy out of Victor. Visit The Young and the Restless spoilers to find who gets close to Neil again.