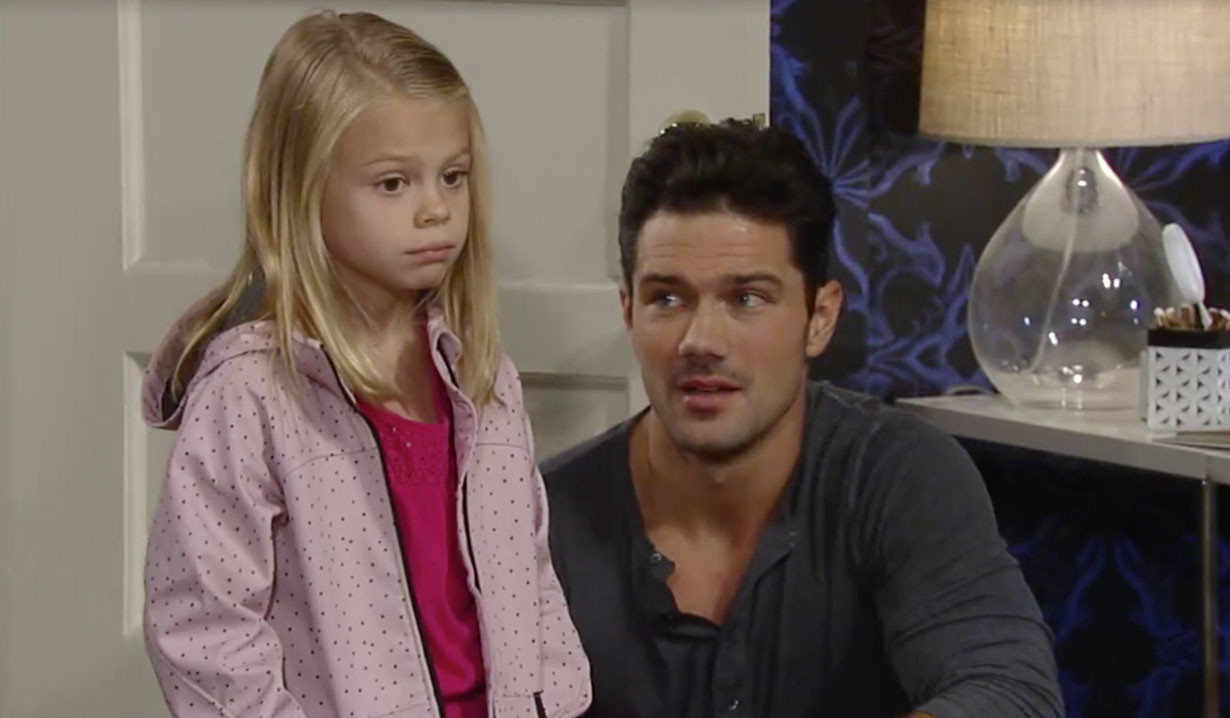 Whether you’re looking for a quick rundown of the past week’s soap highlights or an in-depth look into each episode through our daily soap opera recaps, Soaps.com has you covered.

The Bold and the Beautiful:
Bill warned Brooke he wouldn’t allow a teenager to dictate their lives much longer, as RJ adamantly urged Ridge to fight for Brooke. Ridge had other issues to deal with, like facing Eric, and admitted to his father that his marriage to Quinn hadn’t been legal. Ridge also produced a new power-of-attorney and asked Eric to sign it. After Eric refused, he invited Wyatt to move into the mansion then made his marriage to Quinn official. Though Ridge urged Brooke to marry Bill as soon as possible, to get his Forrester shares, he ended up kissing her passionately. Elsewhere, Steffy wouldn’t move in with Liam until her divorce to Wyatt was final. Liam respected her decision but didn’t waste time showing Steffy how much he’d missed her and the two made love. Read the Bold and the Beautiful daily recaps for the family’s reaction to Eric putting Quinn and Wyatt in charge at Forrester.

Days of our Lives:
Deimos offered Xander a job in Greece and forbade him against seeking further revenge on Nicole and Theresa. Once Xander accepted his uncle’s ‘get away’ Deimos lied to everyone that Xander’s dead body had been pushed into the river. Theresa then admitted to Brady that she’d lied about Xander raping her. With his targets congregated at the pub, Orpheus called John and informed him of a planted bomb. Orpheus soon appeared, took John hostage and left a bomb strapped to Jennifer. As Hope called Eddie, who helped disarm the bomb on Jenn, JJ was shot by Orpheus, who later was stopped from killing John when Steve appeared with a gun to his head. Orpheus was arrested and brought to the station where he managed to pull a gun on Marlena before poisoning himself to death. Read our Days of our Lives daily recaps to learn about the stranger who arrived in Salem and called someone to report that he’d found Theresa Donovan, as well as Deimos’ reaction to Nicole’s admission about the paternity of Chloe’s baby.

General Hospital:
Nelle tried to console Sonny, who’d had a nightmare about Morgan, then found Ava searching Morgan’s room for his meds. Though Ava was able to leave with the meds, after she disposed of them, a gloved hand retrieved the pills from a trashcan. Lucy urged Tracy to purchase GH, as Franco visited Heather then reported to Liz that he had what they needed to buy the hospital – a recording of Heather confessing to having attacked Bobbie and Lucas. Elsewhere, Nathan was furious to learn Maxie had a DNA test done on Charlotte and stunned when the results proved Nathan wasn’t her father. While Claudette was forced to admit that she’d been trying to protect her daughter and Griffin – her real father, a man kidnapped Maxie as she broke into Claudette’s room. Later, Maxie faced the man behind her kidnapping, who demanded to know the whereabouts of Claudette and Charlotte. Read our General Hospital daily recaps to find out what happened to Hayden after Finn found her with a half-naked man.

The Young and the Restless:
Phyllis and Jack finalized plans to leak information on Victor to GC Buzz then Jack encouraged Ashley’s idea to sabotage Brash & Sassy through the companies’ mutual manufacturer. Billy was furious and accused Jack of doing it out of spite for him sleeping with his wife then made accusations against Phyllis as well. When the leaked info reached GC Buzz, Hilary ran with a story on Victor, which set Devon off. Sharon believed she saw Patty outside her window during a power outage, which resulted in Nick investigating the property and getting knocked out cold. After Paul spied Patty’s painting of a pregnant Sharon at the facility, he confronted Sharon, who continued to crumble under the pressure of Sully’s paternity secret. Elsewhere, Abby told Stitch she never loved him and ended their marriage. Read The Young and the Restless day-ahead recaps to hear what led to Chloe telling someone that no one could ever find out what happened to Adam.