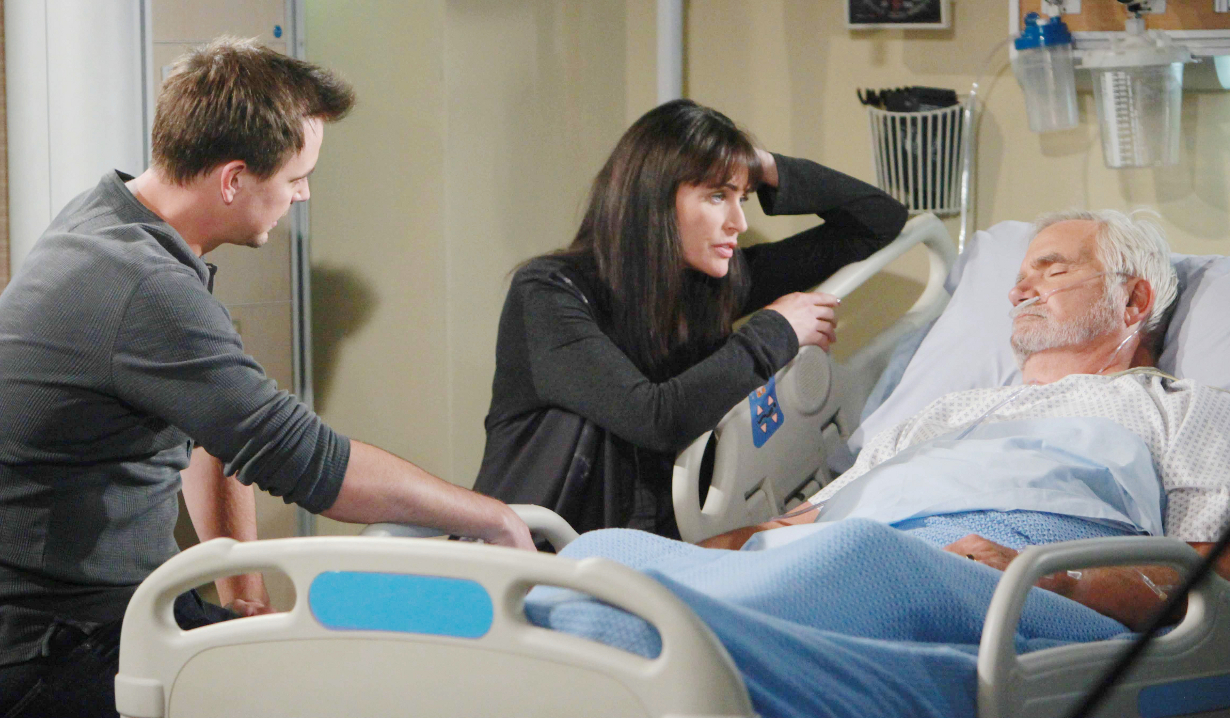 Reconciliations, recriminations, and racked with guilt.

The Bold and the Beautiful:
Bill and Kate come face to face for the first time since the filed for their divorce. While that’s sure to be less than pleasant, the beard spends the rest of his time rubbing his face up against Brooke. Meanwhile, the roundabout continues as Wyatt and Steffy decide it is their turn to be reconciled, at least to the end of their relationship. But how reconciled to things will Eric feel when he comes back to consciousness and learns what’s been going on while he’s been out of the loop? Check out The Bold and the Beautiful spoilers to learn who Ridge makes a move on.

Days of our Lives:
After learning about Orpheus’ mad plan to destroy everyone he cares about, John decides to sacrifice himself to save them. Meanwhile, Theresa is forced to make a confession to Brady about Xander while Nicole can’t keep her mouth shut about who the father of Chloe’s baby is. Across Salem, JJ could be doomed due to the chaos in town and Dario gets a very unwelcome surprise with his breakfast. Read the Days of our Lives spoilers to find out what has Hope racked with guilt now.

General Hospital:
While Liz pouts over the doubtful future of her job, Franco gets active trying to reopen the hospital. Meanwhile, Hayden forces Finn to admit his feelings for her as Claudette gets more desperate following a disturbing discovery. Across Port Charles, TJ gets the wrong idea and Michael has to force his mother to face reality. Take a look at Soaps.com’s General Hospital spoilers to discover who makes a promise to Jordan.

The Young and the Restless:
It looks like romance could be in the offing again for Kevin and Chloe, but will it be a turn on or off after she winds up incriminating herself concerning one of her misdeeds? Meanwhile, Jack does some misdeeds of his own as he wreaks havoc at Brash & Sassy. While his sassy revenge burns Billy, the younger Abbott manages to get Phyllis’ flashdrive away from her. Across Genoa City, Nick gets knocked out while Paul looks for answers about what happened to his sister. Visit The Young and the Restless spoilers to learn why Mariah is giving someone dirty looks.