Soap Characters’ Ghosts of Christmas Past, Present and Yet to Come 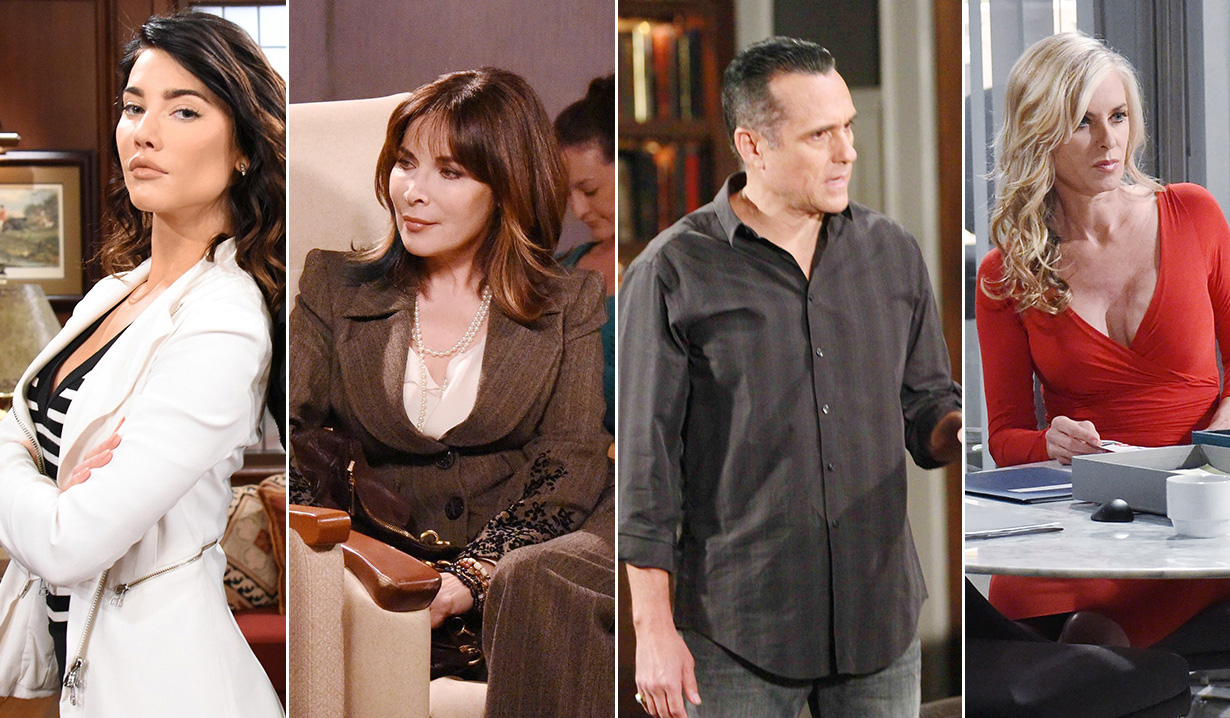 Christmas is a time of reflection where we reevaluate the past, deliberate the present, and ponder what’s ahead.

Like Dickens did in “A Christmas Carol,” Soaps.com is revisiting a few characters’ past, reflecting on their present, but this time, we’re casting a Christmas wish for their future.

Steffy Forrester has always been a force of nature but she flip flops between two brothers. Not only is the ick factor high, but viewers find it hard to invest in her with either man when she can’t. With her recent appointment as Forrester’s CEO, Steffy will be working with beleaguered former beau Wyatt, and crazy Quinn who has hubby Eric on her side in her quest to get Steffy and her precious son back together and out of Liam’s life. She’s outnumbered. 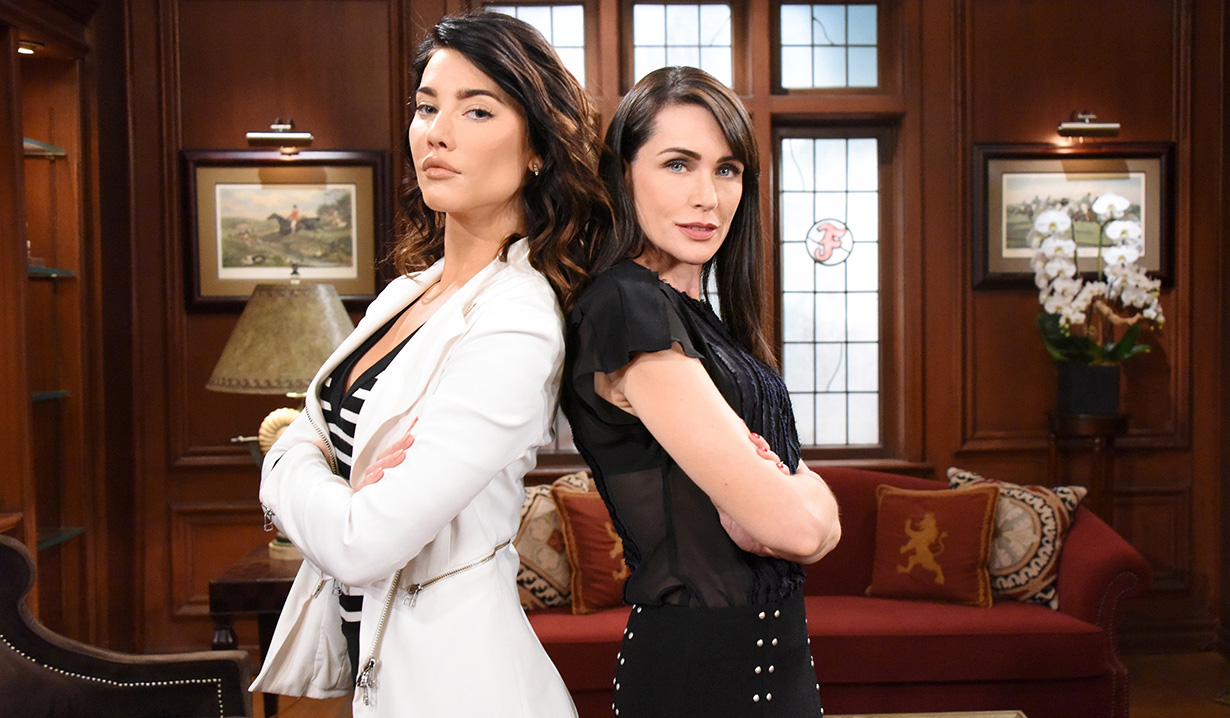 Christmas wish: Let’s see Brad Bell write for us a more empowered Steffy bringing Forrester into the future, and absolutely none of the dreaded Liam/Steffy/Wyatt triangle. Pick your man. Either one. And stick to him.

From troubled orphan to hunky photographer, Zende Dominguez Forrester has shaken up Nicole Avant’s world since coming to town. And ours as viewers. Zende’s been weak-willed, that on a misery fueled bender, he had sex with his girlfriend’s sister – on two separate occasions. None of us would be so forgivable to either our sister or our beau if they pulled this with us but this is a soap, so… 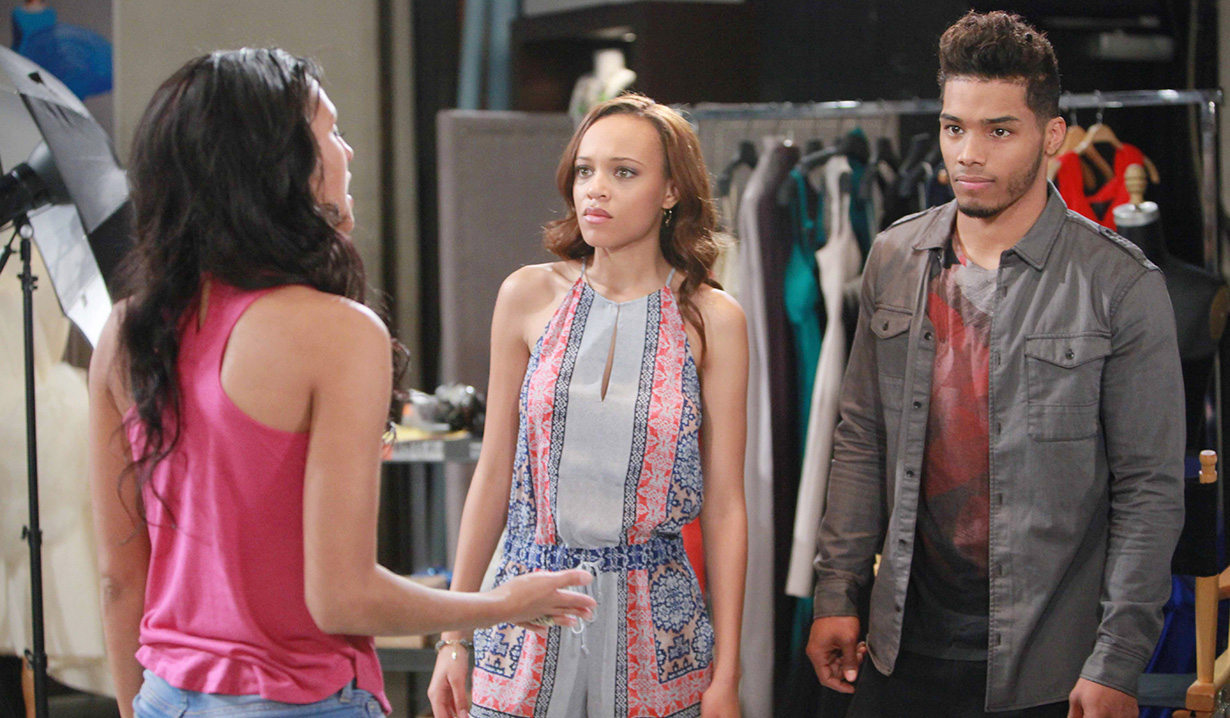 Christmas wish: Words just aren’t enough. Let’s see a behavioral change so he can reclaim Nicole’s – and the viewers’ faith. If not, then let’s get him a dog house.

What hasn’t Kate Roberts done? From kidnapping Tate to feeling scorned enough to let Deimos drown, Kate’s had another fulfilling year of devious schemes. While she hasn’t owned up to being the Tatenapper, Kate’s become downright gracious these days, supporting Adrienne through her cancer battle, and waxing poetic musings about forgiveness. 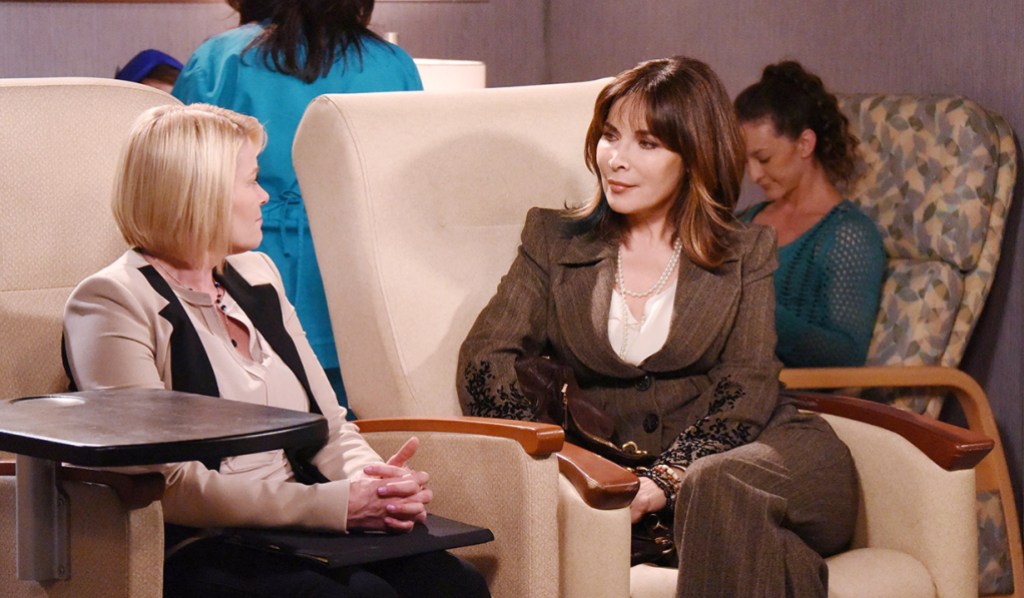 Christmas wish: To keep seeing glimpses of Kate’s softer side as long as she keeps her vixen status. Maybe helping Adrienne will somehow go toward her atoning for her crimes.

Victor Kiriakis put his own brother in prison for a crime he didn’t commit, and that’s just one of his many nefarious crimes over the years. After Deimos tortured Victor’s son Bo and paralyzed and almost killed his wife Maggie, Victor turned Titan over to him. 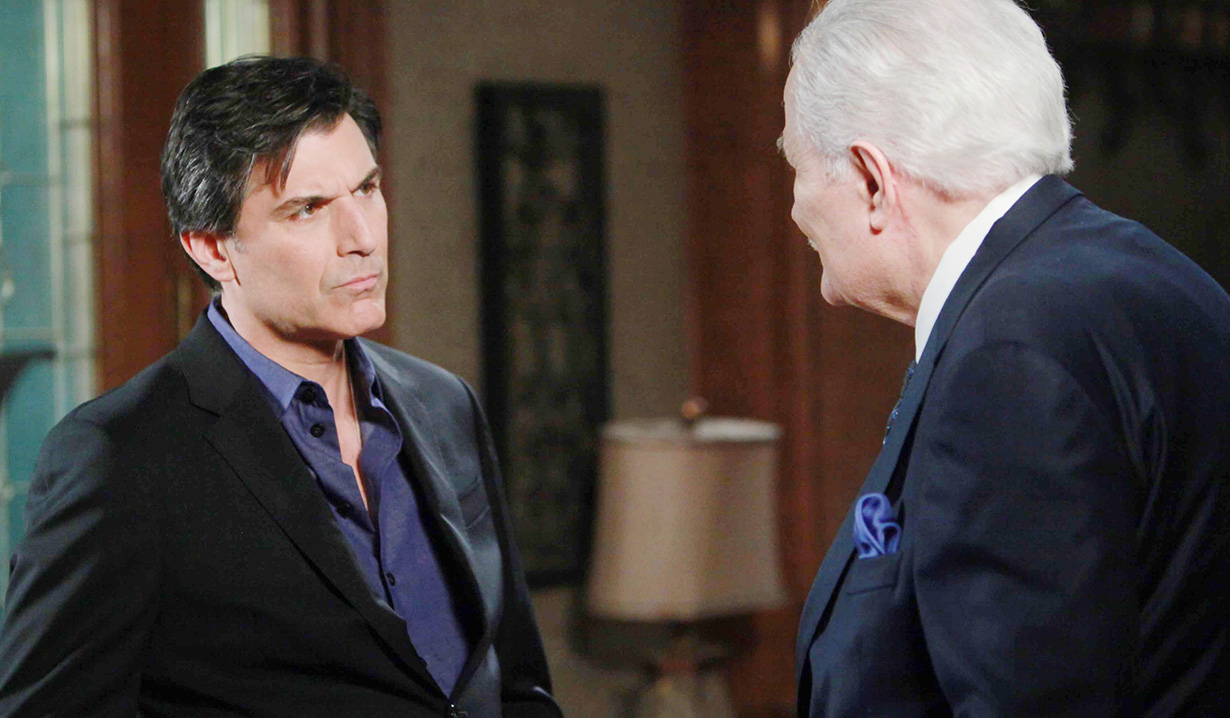 Christmas wish: Victor being entirely removed from Titan seems off. We’d love to see him keep an eye out for Deimos and get some of that old chutzpah back. We don’t want him going on any cruises suggested by Julie and Doug!

Related: Which soaps are airing during the holidays 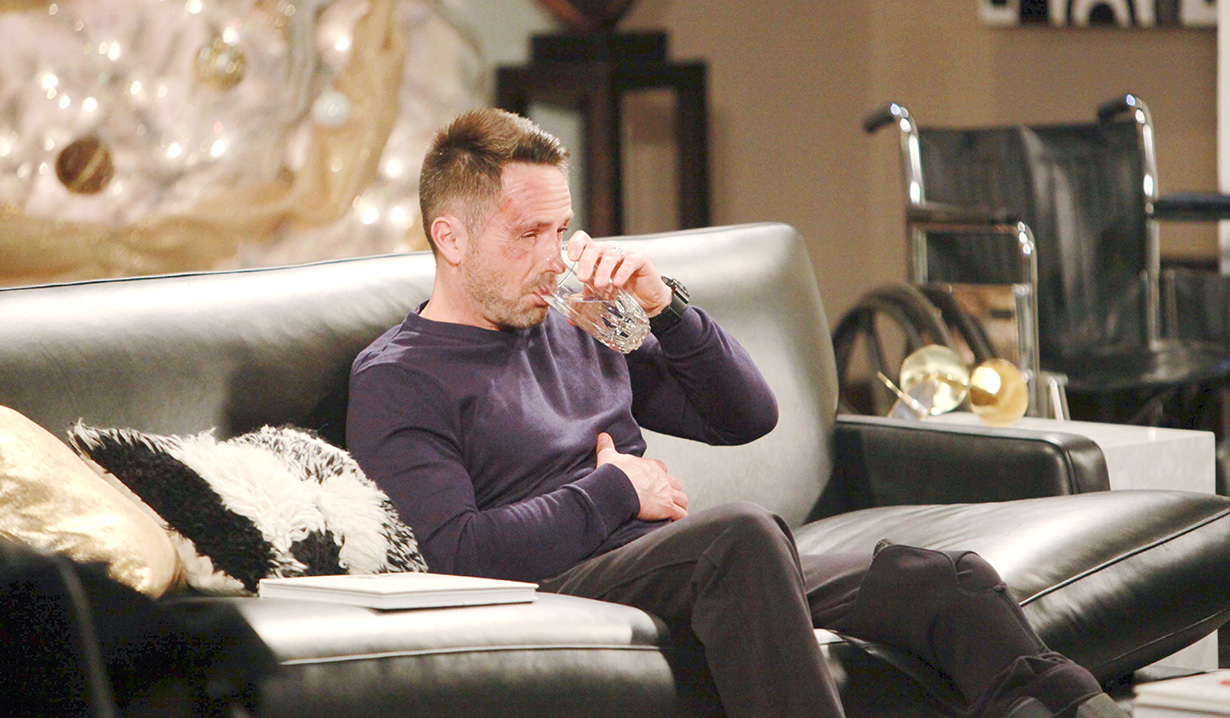 As the son of a crime boss, conniving, scheming, charismatic Julian Jerome is no stranger to crime himself, having “killed” his own sister. Julian remembers Alexis mowed him down with her car on Thanksgiving, and now he’s blackmailing her into caring for him as he recovers. Surely this can’t last forever.

Christmas wish: Alexis takes advantage of her situation as Julian’s private nurse and turns the tables on him, making him wish she had succeeded in running him over! 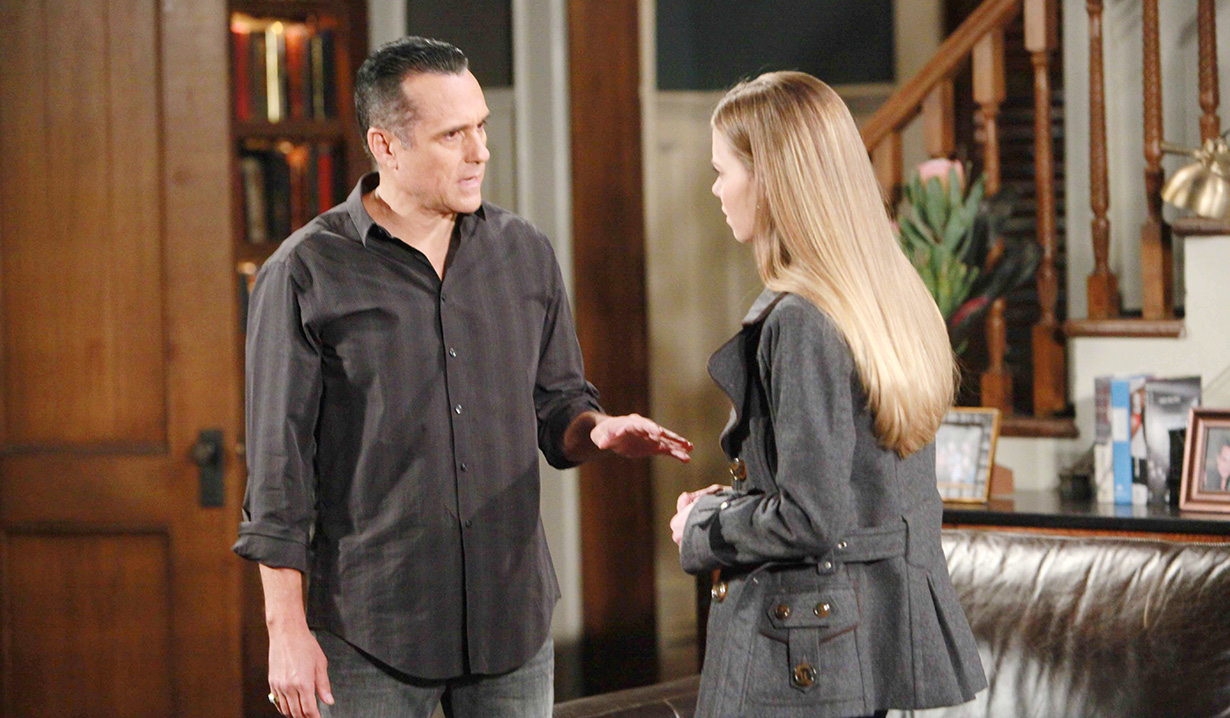 Best known for his infamous mob hits, crime boss Sonny Corinthos is either staring down the barrel of a gun or forcing someone else to. Sonny’s grief over son Morgan’s death has driven him to consider ending his own life twice. It’s also dulled his instincts, as he can’t seem to realize Nelle is lying about them having sex.

Christmas wish: Sonny confesses what he believes happened with Nelle to Carly, so Nelle’s scheme is burst open, and Sonny and Carly can heal together from Morgan’s death. 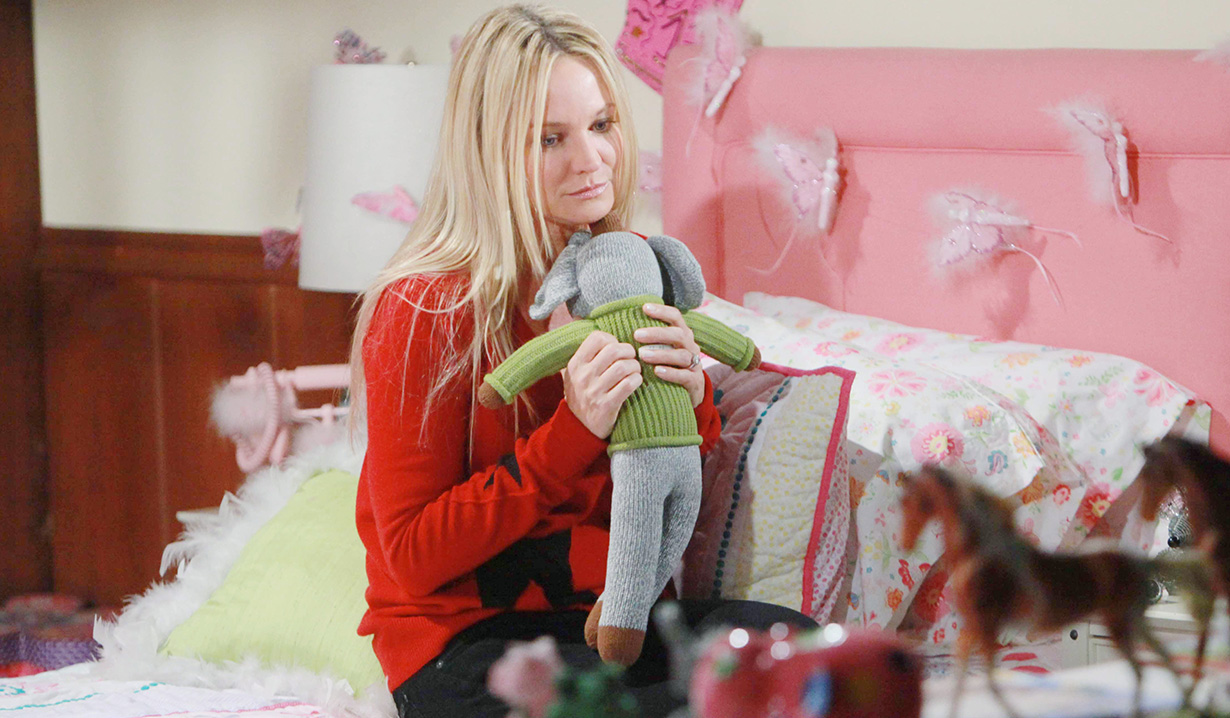 From stints at Fairview to burning down the Newman ranch, Sharon McAvoy seems to always take the path less traveled, to put it lightly. She’s recently done two back to back stints of hiding a child’s paternity. Once she was sort of forced to finally confess the truth about Christian, and those wide, doe-eyed expressions finally disappeared, viewers have seen a calmer, more centered Sharon. 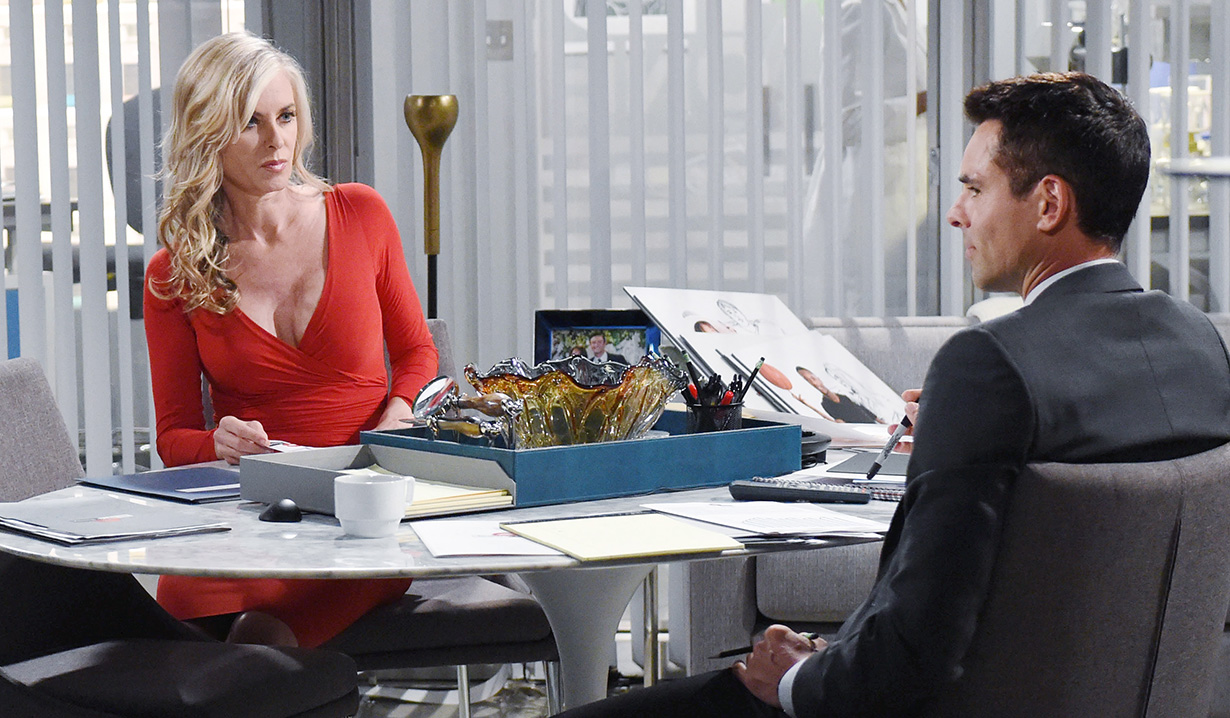 Ashley Abbott was a powerhouse player in Genoa City. Not to mention being one of the most brilliant chemists and businesswomen around town. Ashley is on the mere fringes of storylines these days. Whether acting as a sounding board to Abby or diffusing conflict between her warring brothers, Ashley has been relegated to support role for other leading characters. It’s a bloody travesty.

Christmas wish: Give Ashley her own brand new, sparkling-like-a-lit-Christmas-tree storyline! Let’s see Ash back on the frontline line again.

Where are they now? Rob Estes, Betty...