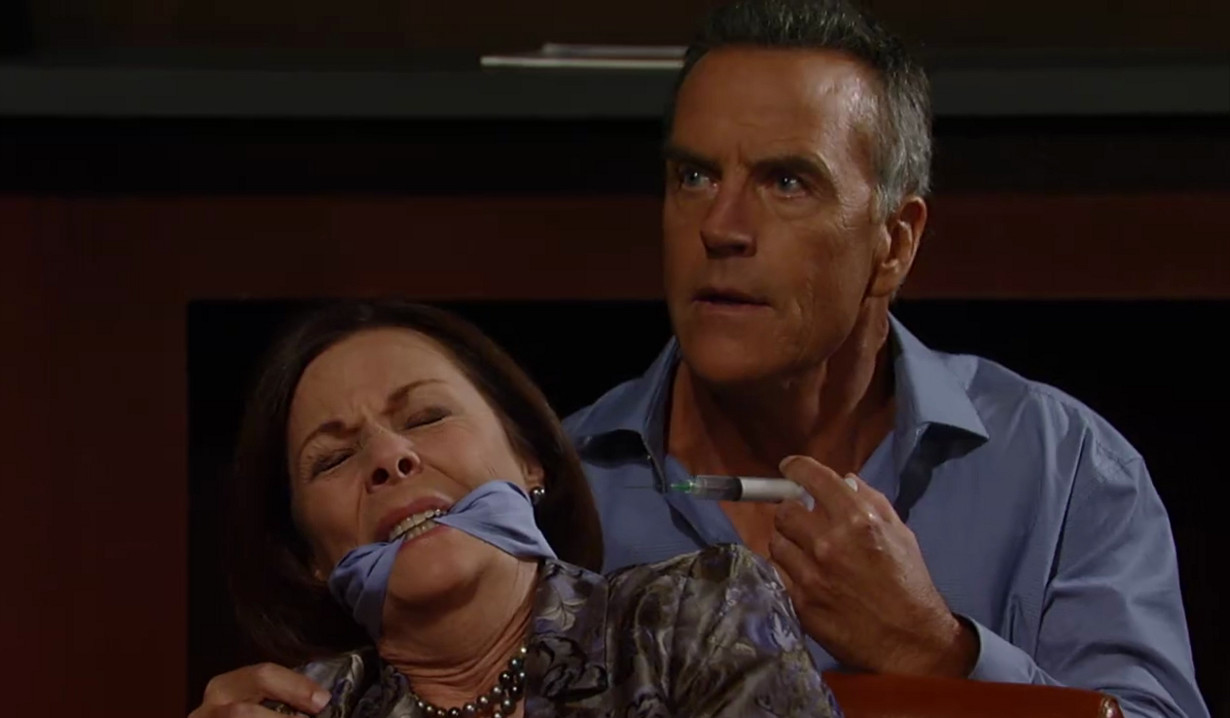 A new week in daytime is just around the corner, so let Soaps.com give you a refresher on last week’s highlights and take a closer look into each episode by reading our daily soap opera recaps.

Cathy Rankin delivers the soap highlights from last week in our Soaps Roundup.

The Bold and the Beautiful:
Liam and Steffy uncovered Eric and Quinn’s marriage license and met with Ridge. Quinn left Eric’s bedside and returned to the mansion to set up for Eric’s home recovery. However, she found movers packing up her belongings, as well as Ridge with the marriage license – minus Eric’s signature. Though Ridge announced he had Eric’s power-of-attorney and vowed to keep Quinn away for good, Carter later told Ridge that Eric had taken Ridge’s name off the form and named Quinn as his new power-of-attorney. Ridge and Steffy convinced Carter to stay quiet then had Quinn physically removed from Eric’s hospital room and fired from Forrester. It wasn’t long before Wyatt uncovered the truth. Read the Bold and the Beautiful daily recaps to find out what Caroline told Thomas regarding their relationship and what Ivy did during another attempt to get Liam back.

Days of our Lives:
Aiden played the recording of Hope confessing to Stefano’s murder and promised to stay quiet if she came back to him – but vowed to send Hope, Roman and Rafe to prison if she didn’t. Hope ended things with Rafe, who realized Aiden knew the truth. Rafe punched Aiden. Elsewhere, Chloe appeared to make sense of her baby’s paternity results and decided to go to NY until the baby was born. At home, and with Joey still missing, Steve promised Kayla he’d get their son back then many worked to close in on the convicts. All the while, Clyde made plans to kidnap Thomas in order to deliver him to Ben. Looting continued throughout Salem, where Gabi came face to face with her attacker, who outed Dario as the man who hired him, as Theo roamed the docks with a gun. Read our Days of our Lives daily recaps to learn about the mysterious person on the other end of Andre’s call.

General Hospital:
Morgan began to unravel and confided his paranoia to Andre. While Andre urged Morgan to come clean with his parents about cheating at school, Kiki confided in Franco that she wasn’t sure things could work out with Morgan and later kissed Dillon. After Morgan kissed Nelle, TJ tried to stop him from drinking and driving. Elsewhere, Curtis refused to help Nina broker an illegal adoption, which led her to volunteer to help Nathan with Charlotte when she arrived in Port Charles. Lurking in the hospital halls, Finn and Hayden overheard plans to relocate GH and turn the current building into luxury condos. Paul held a syringe to Tracy’s throat then turned it on himself until Anna intervened. After Paul was arrested, he pled guilty. When Jordan asked why Paul threw Julian’s case, he suggested that she ask Ava. Read our General Hospital daily recaps to find out who drove away in Julian’s stolen car, which exploded.

The Young and the Restless:
Jack refused to work with Phyllis at Jabot and set his sights on Newman Enterprises, as Travis ran into Ashley, who remembered having met him in the Hamptons. Vikki learned of Travis and Ashley’s connection, as well as a woman he once loved. During Travis’ first day at Newman, he convinced Victor to give him Adam’s office then received flowers from ‘Michelle’ and later asked Ashley why she sent them. Ultimately, Travis was forced to confess an illicit affair to Victoria. Patty continued to call Sharon at home and threatened to reveal Sully’s paternity. When Dylan snatched the phone from Sharon, Patty hung up and he set out to uncover the mysterious prank caller. Sharon paid Patty a visit and agreed to get her out of the facility in exchange for her silence in regards to Sully. Read The Young and the Restless day-ahead recaps to hear who ended up in jail with Billy.

Soap stars to walk for children's...