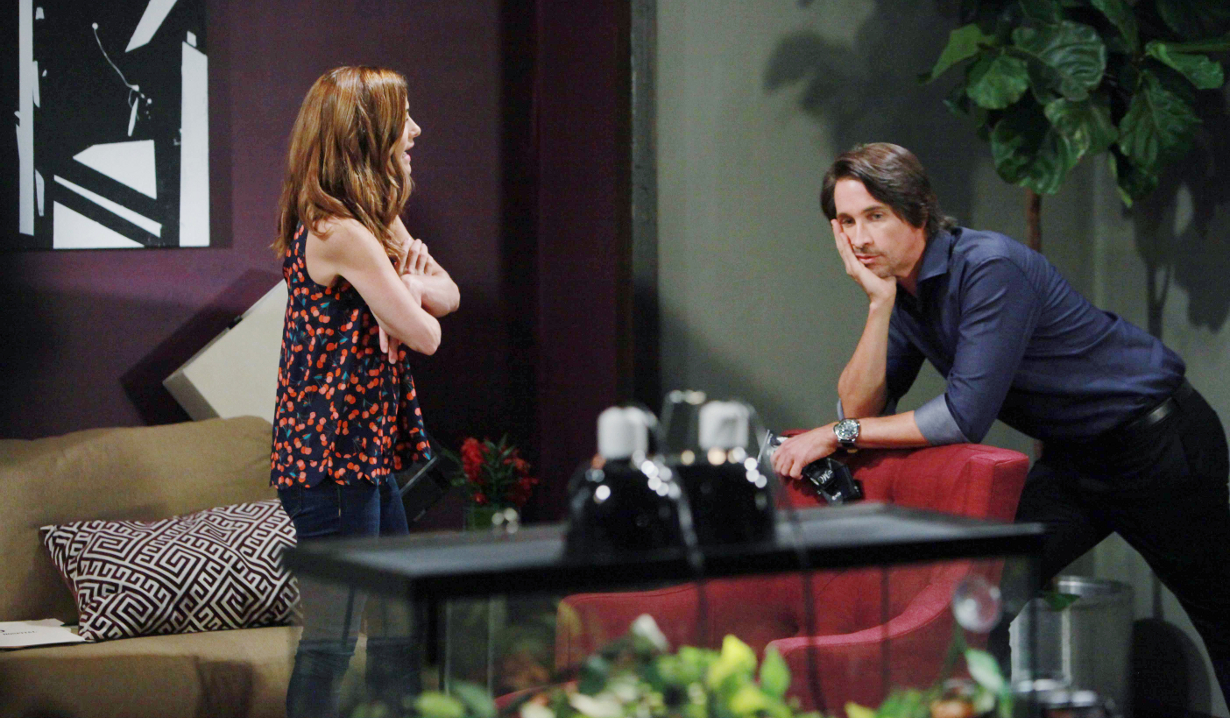 Keeping secrets and saying too much.

The Bold and the Beautiful:
When things are looking very grim for Eric, his family gather around to hold a vigil by his bedside and wait for news from the doctor. Complicating things, Carter learns that Eric had made Quinn his medical proxy but Ridge does what he can to keep his mouth shut. Meanwhile, Wyatt opens his mouth and startles Quinn and Steffy with the position he takes. Check out The Bold and the Beautiful spoilers to discover who boots Quinn out of the mansion.

Days of our Lives:
As the Kiriakis clan scramble to recover from their failed raid, Andre encourages Chad to help him take advantage of the chaos in Salem. Adding to the upheaval, Chloe flips out about the paternity tests and suggests that she and Philip should say sayonara. Meanwhile, Gabi is stunned to run into a looter she knows and Hope has some unpleasant news for Rafe. Read the Days of our Lives spoilers to learn who Orpheus opens up to about his problems.

General Hospital:
Sonny tries to keep a handle on things as Morgan falls apart, lying and leaping to bad conclusions. As Hayden and Finn discover something disturbing, Claudette tips Griffin off on something from her past that he should know about. While he’s opening up to Anna, Alexis continues to crumble under pressure and only makes things worse. Read Soaps.com’s General Hospital spoilers to discover who gets together with Olivia in Port Charles.

The Young and the Restless:
As Chelsea comforts Nick, Victoria might need some comforting of her own after she learns something about Travis’ mysterious past. On the other side of Genoa City, Jack expands his plans for vengeance and Billy soon finds himself on the wrong side of the law while Phyllis learns that her job isn’t what it used to be. Meanwhile, Ashley is startled to run into someone she hasn’t seen in years and this leads to some serious discomfort. Visit The Young and the Restless spoilers to learn who Sharon confronts.

Posted 17 hours ago
Back to Top
ad