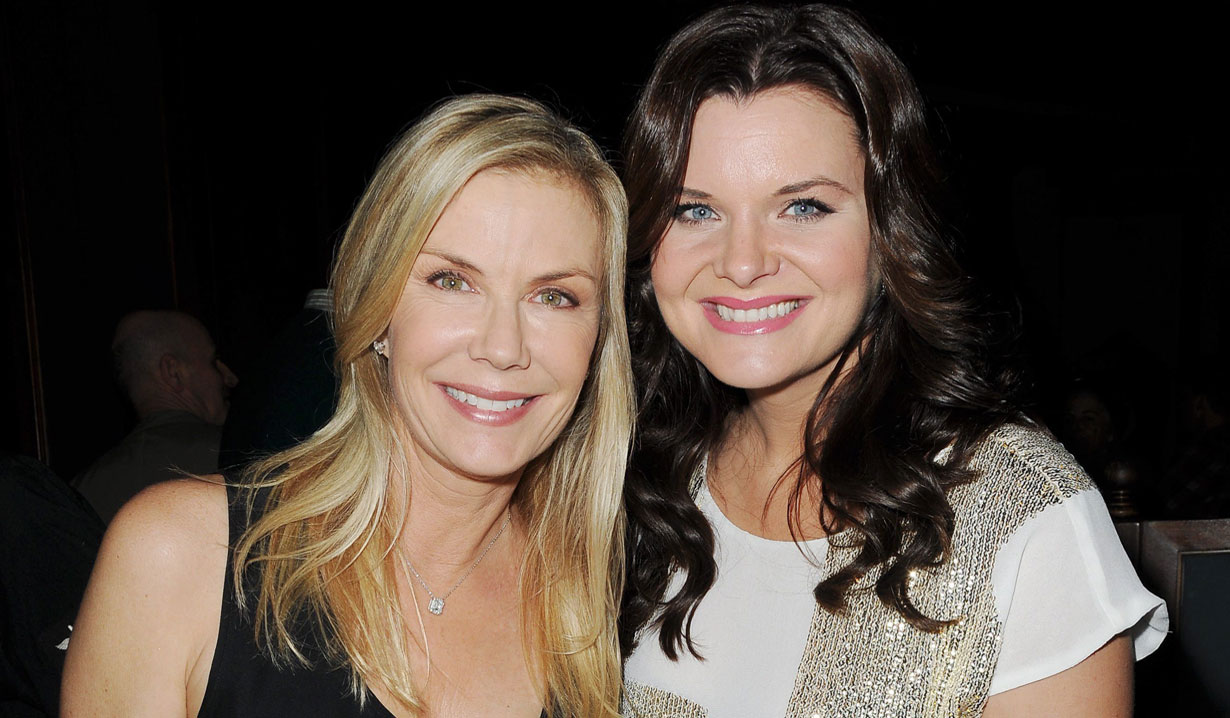 Joining other CBS actors for a huge milestone celebration.

For those who missed the CBS daytime stars on “The Price is Right” and “The Talk,” Soaps.com has some highlights as the actors celebrated 30 years at #1 and reminisced over past storylines.

“Y&R’s” Peter Bergman (Jack) delivers a new convertible to a winner on “The Price is Right:”

“As the World Turns” actresses reminisce…

This is fantastic seeing all these Guiding Light and As The World Turns actresses!!! @TheTalkCBS @ColleenZenk is making us cry!! xx pic.twitter.com/1DVPhAvbMp

“The Bold and the Beautiful” and “The Young and the Restless” actors:

Cheering along with you from stage 16 @TheTalkCBS @YandR_CBS #YR #1for30 pic.twitter.com/77t0tD9w5a

CBS Daytime is currently celebrating 30 years at #1 with a few fun daytime appearances. On Monday October 10 soap stars will ‘come on down’ on “The Price is Right” when the game show airs at 11:00 AM. Join “The Bold and the Beautiful’s” Pierson Fodé (Thomas), Katherine Kelly Lang (Brooke) and Heather Tom (Katie) and “The Young and the Restless’” Peter Bergman (Jack), Joshua Morrow (Nick) and Jason Thompson (Billy) for an hour of fun throughout the week. “Let’s Make a Deal’s” Tiffany Coyne and Jonathan Mangum, as well as “The Talk’s” Julie Chen and Sharon Osbourne will also appear.

On Wednesday October 12, look for actors from “As the World Turns,” “The Bold and the Beautiful,” “Guiding Light” and “The Young and the Restless” to appear as guests on “The Talk” during the celebratory week as well. Tune in Monday through Friday at 2:00 PM.

“CBS Daytime’s schedule of top-rated, award-winning programs has been a daily destination for viewers for more than three decades, becoming part of the fabric of America in the process,” said Angelica McDaniel, Executive Vice President, Daytime Programs, CBS Entertainment. “We have the best fans in television who join us every day to laugh, love, chat and cheer. Our celebration of 30 years at #1 honors the hard work of our cast, staff and crew and thanks our audience for their passion and loyalty.”

Where are they now? Cady McClain...