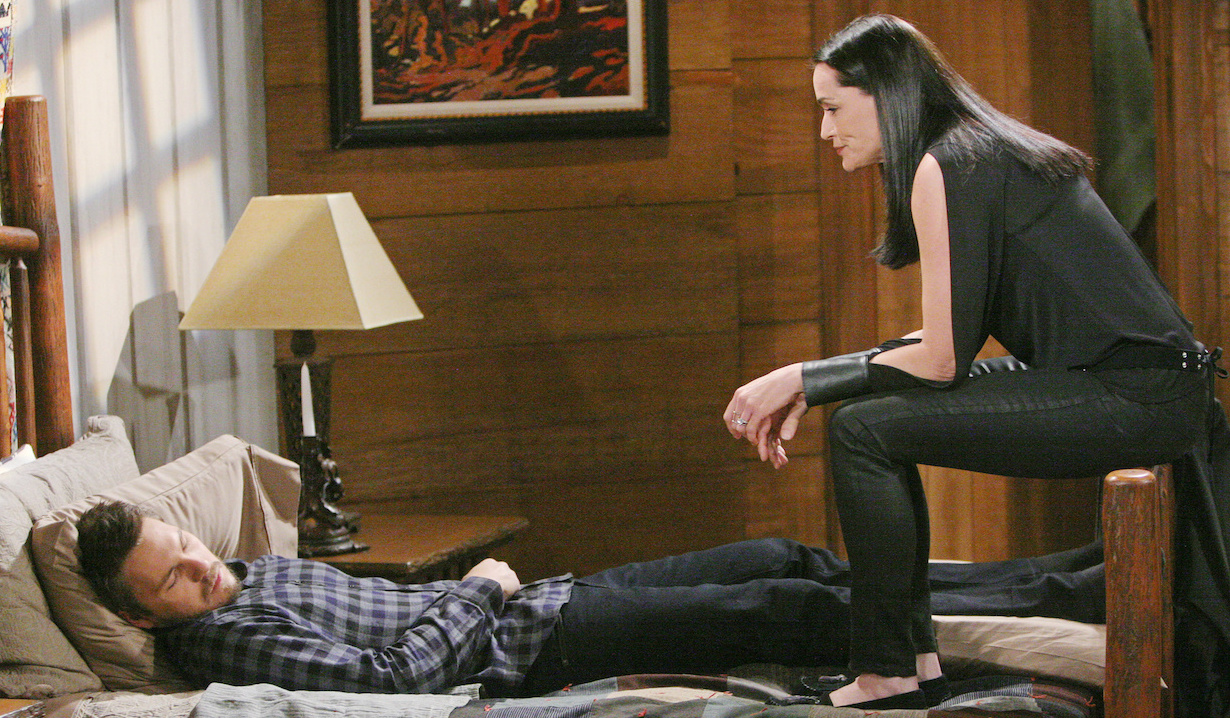 Let’s face it, most soap opera characters should be in jail. Many of them have gone outside the law in the name of love or some other noble cause, but there are more than a few who just enjoy breaking the law. However, if they all had to answer for their crimes, daytime would be absent of a lot of entertaining villains and/or well-meaning characters viewers have grown to love. We’d be here all day if we singled out every character who should be behind bars, so we featured a couple in the gallery below from current soap operas who probably have no business walking free.

There are several reasons prison time is avoided in daytime. Some characters get off scot-free due to some fancy legal maneuvering that probably wouldn’t hold up in real life, as it did when a Young and Restless character attempted to kill the same person twice and a Bold and Beautiful evil doer held someone captive. That same character never answered for another of her many crimes because her victim didn’t came forward, which is a big reason the fictional towns we visit every day are filled with criminals.

Then there’s the ever handy plea deal, a tactic another Bold and Beautiful character recently employed. Or how about performing selfless acts while in custody, prompting legal officials to reduce or full out pardon sentences? This only-on-soaps plot twist happened to heavy hitters on both General Hospital and Young and Restless.

And sometimes there’s really just no reason why villainous criminals remain free. Of course, conveniently missing evidence, fleeing the country, or having friends in high places helps, but as is the case with two Days of our Lives characters, there’s really no justifying why they aren’t behind bars. Of course if they were, Salem, and daytime for that matter, would be a far more boring place.

What have been your favorite reasons characters avoided paying for their crimes? Which have enraged you the most? Look through our gallery and tell us below!