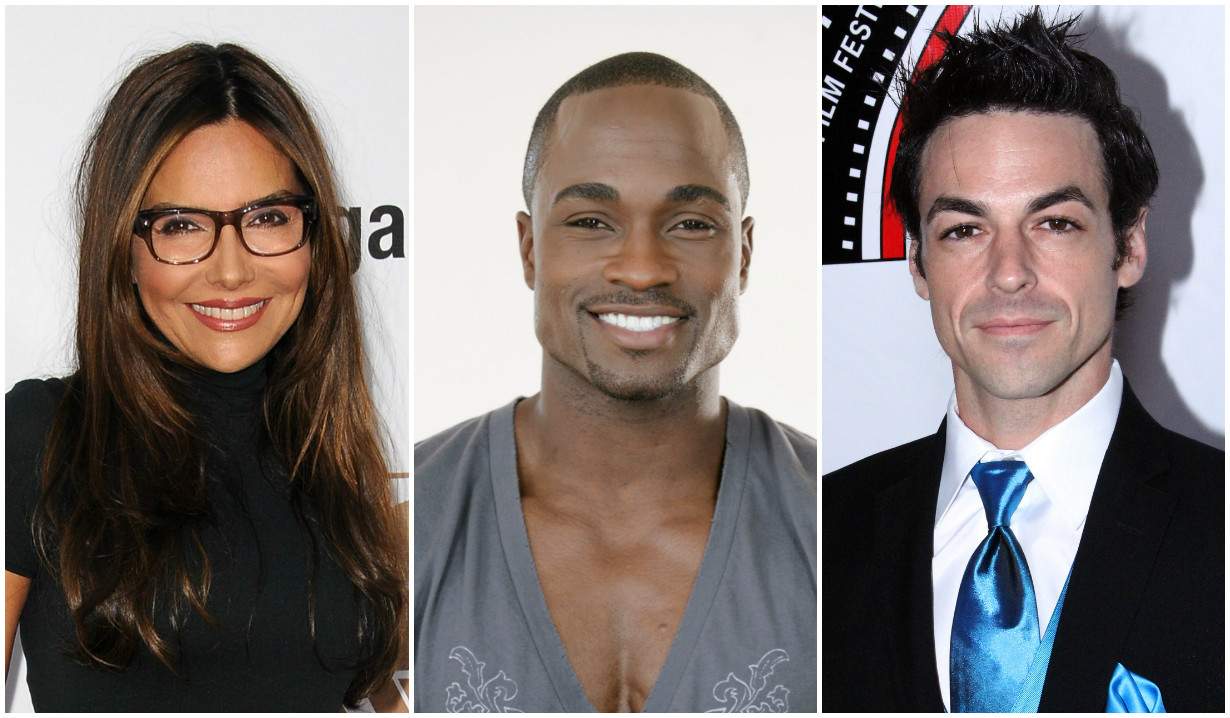 Cast in a super, sexy franchise.

Soaps.com has uncovered a soap-related death, Netflix, film and primetime roles, as well as a star-studded thriller involving alums of the four current soaps.

Vanessa Marcil, Mykel Shannon Jenkins and David Lago in Deadly Devotion.
Three soap alums have joined together to film the upcoming thriller “Deadly Devotion.” Mykel Shannon Jenkins (“The Bold and the Beautiful’s” Detective Charlie Baker) will play Detective Dawkins with Vanessa Marcil (“General Hospital’s” Brenda Barrett) as Kaylene and David Lago (“Y&R’s” Raul Guittierez) as Dr. Hayes as the story follows an accident victim whose full-time home-nurse happens to be the same woman she used for an in vitro procedure – and now the nurse wants ‘her children’ back! The film is scheduled for release on Wednesday March 1, 2017. David Lago also just wrapped up filming a pilot titled “Star Thieves.”

Brant Daugherty recurs on Dear White People, lands Fifty Shades Freed role.
Former “Days of our Lives” actor Brant Daugherty (Brian, 2012 to 2013), who is best known for his role as Noel Kahn on Pretty Little Liars, has two big projects on the go. The actor will play the recurring role of Thane Lockwood, a college star athlete who lacks classroom skills, in Netflix’s 2017 comedy “Dear White People.” Production for the ten-episode season began this month and is based on the 2014 film surrounding four black students at an Ivy League college. Daugherty will also appear in the third installment of the “Fifty Shades of Grey” franchise “Fifty Shades Freed” as Luke Sawyer, Anastasia’s (Dakota Johnson) bodyguard. Though “Fifty Shades Freed” will not hit theaters until Friday February 9, 2018, “Fifty Shades Darker” will be released on Friday February 10, 2017. Daugherty was also a contestant on “Dancing With the Stars” in 2013 where he and partner Peta Murgatroyd finished in seventh place.

Nazanin Boniadi stars in Hotel Mumbai.
Nazanin Boniadi (“General Hospital’s” Leyla Mir, 2007 to 2009) will be starring in the 2017 film “Hotel Mumbai.” Playing the role of Zahra, the story follows the 2008 Mumbai terrorist attacks, which lasted four days, narrated through the voices of its survivors – 164 people were killed with 308 left wounded. Anthony Maras directed as the film wrapped up in Australia’s Adelaide Studios, where Mumbai’s Taj Mahal Hotel, one of the targets, was replicated. Also, appearing in the lead female role Boniadi plays Ester in the 2016 film, Ben-Hur, which hit theaters last month.

James Westmoreland dead at 80.
Former daytime actor James Westmoreland passed away in Palm Desert, California at the age of 80 on Wednesday September 14. Though he appeared in various primetime and film roles, including “T.J. Hooker” and “The Monroes,” Westmoreland first hit the daytime scene in 1972 as “General Hospital’s” Teddy Holmes and later appeared on “The Young and the Restless” in 1982 as Decker.

The late actor documented his experience on “GH,” via his website, and stated… “I checked my answering machine and I had a message from Ronnie Lief, my agent. I returned his call in the morning and he said the producer of ‘General Hospital’, Jim Young wants to meet you in his office as soon as possible. I asked Ronnie if tomorrow around ten in the morning would be okay. Ronnie called me back and said a pass will be waiting for me at the Prospect and Talmadge gate for me. I was on time and I was ushered to his door and I met Mr. Young. We shook hands and he asked me to have a seat. He said, ‘Jim, I run a tough ship with my show and I expect you to be prepared.’ ‘Mr. Young, don’t you want me to read a scene for you?’ ‘Jim, I know your work and you’re hired. You start Monday. All I ask is that you arrive on set prepared and I don’t want you to be carrying a script to study while you’re on my set.’ When I arrived on stage 3 the whole cast was there and Jim introduced me to all. I made sure Jim Young was watching me when I dropped my script into the wastebasket. I was put into a hospital bed because I was brought to the hospital ward because I had Serum Hepatitis that my character, Teddy Holmes, had picked up in Vietnam for shooting up with dirty needles. My scene was shot live with three cameras rolling to catch all angles. I was in a delirious state of mind during the whole scene, and the twenty pages of dialog I had studied the whole previous evening paid off to the producer’s delight. From that day on I never carried a script with me because I always made sure I was prepared for that day of shooting. ‘General Hospital’ was fun for me and the cast were all professionals and easy to get along with. Unfortunately after working on at least one hundred and forty shows I came down with a serious illness and I had to leave the show and the most wonderful part I had ever had came to an end.” Soaps.com sends Westmoreland’s family and friends our condolences.

Lyndsy Fonseca to guest star on Pitch.
“The Young and the Restless” alum Lyndsy Fonseca (Colleen Carlton, 2001 to 2005) has landed a guest-starring role on FOX’s new baseball drama “Pitch.” The new series follows the Major League’s first female player, Ginny Baker (Kylie Bunbury, “Days of our Lives’” Kathleen, 2010), a pitcher for the San Diego Padres known for her ‘screwball’ pitch. Fonseca will play a waitress named Cara, who takes Ginny under her wing and gives her insight into how her ‘normal peers’ live. The series premiered on Thursday September 22 at 9:00 PM with Fonseca’s appearance set for episode six, which will air toward the end of October.