4 Resilient Soap Opera Characters Who Defied Death More Than Once 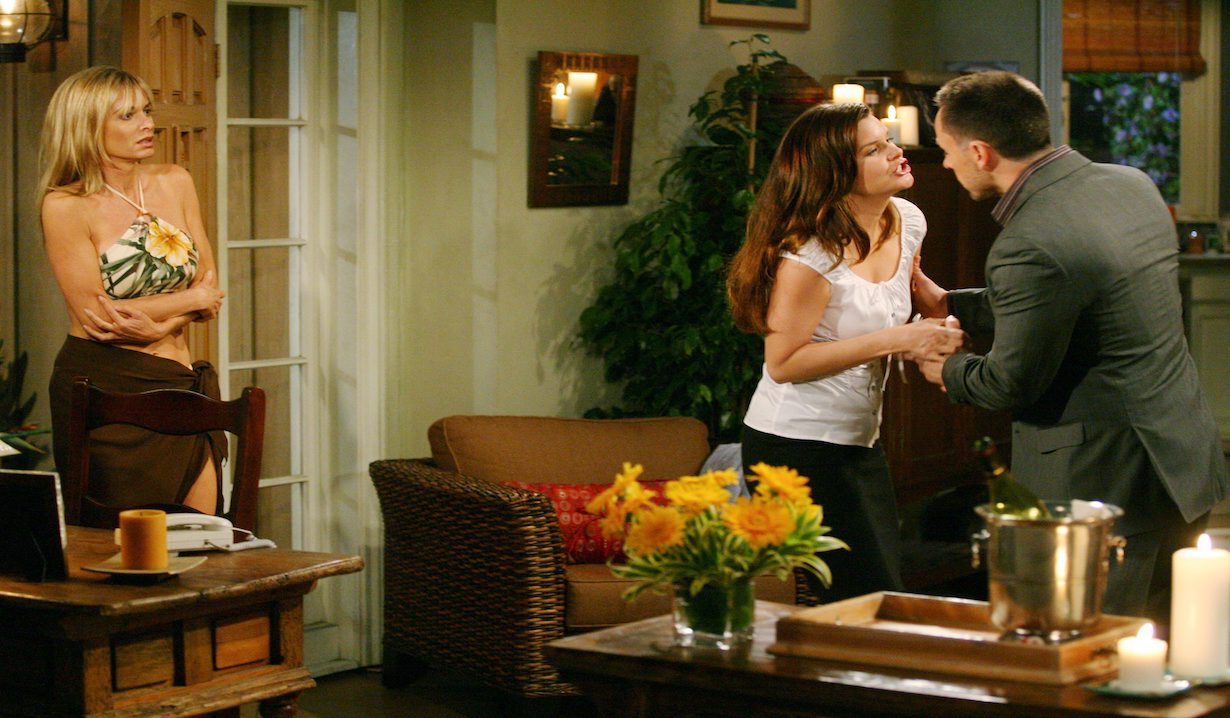 Soap opera characters have come back from near-fatal shootings and traumatic events.

Thankfully, soap opera characters often have miraculous healing powers. Perhaps this is one reason various Bold and the Beautiful, Days of our Lives, General Hospital and Young and the Restless characters have been shot multiple times, or hurt otherwise, and gone on to live happy, healthy lives while others have succumbed to the injuries they’ve suffered.

Whether it be from a gunshot, a stabbing, a hit and run, a bomb, a little shove off of a cliff or any other traumatic (dramatic!) event… Could you imagine if every character that was blasted or injured died in the line of fire? The cast would dwindle in no time and viewers would miss all of the emotional ‘back from the brink of death’ moments, tearful reunions and stunned expressions from those who had a hand in their sudden demise. Not to mention the fun, yet sometimes frustrating, amnesia and coma storylines as a result of their injuries. And the golden rule of soaps is, “never say never,” when it comes to the dearly departed who nine out of ten come back from the dead – especially on Days of our Lives with Dr. Wilhelm Rolf and his magic serum.

Browse our gallery below to relive two different storylines for four separate characters who managed to beat death not once, but twice, and even went on to have other near death experiences over the years. Don’t forget to sign up for Soaps.com’s newsletter to stay up to date on the latest news, interviews and more!

<p>The glamorous characters on Bold and Beautiful generally stray from gun violence – unless you’re Taylor Hayes, who took aim and shot Bill Spencer. Of course, they have been known to be shot in an altogether different way—by the flattering lens of a fashion photographer’s camera! However, Storm Logan did accidentally shoot his sister, Katie Logan. Distraught over the accident, he shot and killed himself in order to make sure the sister he loved dearly got his heart, which she needed to survive the terrible mishap. This heartbreaking storyline is a reminder that love, not violence, conquers all on soaps.</p>

<p>In 2019, Katie almost died after experiencing kidney failure, due to the long-term use of anti-rejection medication for her heart transplant. Good thing her niece, Storm’s long lost daughter Flo, stepped up and donated one of hers.</p>

<p>On Days of our Lives, Sami agreed to marry EJ DiMera, under the duress of blackmail (Stefano promised to end his vendetta against the Bradys if she married his son). However, Sami’s son Will Horton appeared at their wedding and shot EJ at the altar. His father, Lucas took the blame.</p>

<p>Though they did find true love, a few years later, Sami learned from Kate that EJ made a drunken confession to Stefano that he regretted not taking their children and disappearing when he had the chance. She found him pass out, holding a gun, and took it from him. This time, it was Sami who shot EJ in the head.</p>

<p>General Hospital’s Jason Morgan entered the Port Charles underworld after a head injury changed his personality from Quartermaine golden boy to brooding Mafioso. His first injury as a result of his life in organized crime came at the hands of the Tin Man. The deranged Jerry Jacks shot Jason not once, but twice. However, this gave Sam the chance to tend to his wounds, which led to a reunion for the lovebirds. Ewen Keenan also put a bullet in the ever-resilient Jason’s leg. Often if Jason’s not toting a gun, there’s one aimed at him.</p>

<p>Everyone knows Jason’s not just known for his back t-shirt and leather jacket… He loves his motorcycle, but a few times he could’ve lost his life riding it, like when he ran into Michael and was knocked off his bike – and knocked unconscious.  </p>

<p>Young and the Restless’ Victor Newman can dish it out. He’s notorious for endlessly manipulating his children’s lives and tormenting his nemesis, Jack Abbott. However, let’s not forget he can take a punch—or, in this case, a bullet—and bounce back. Mari Jo Mason shot The Mustache, but lucky for him, JT Hellstrom was there to hold a cloth to his wound.  </p>

<p>In an ironic turn of events, years later, JT returned to Genoa City and began physically and verbally abusing Victor’s daughter Victoria (as a result of a brain tumor).  After an altercation upstairs at the ranch, JT shoved Victor down the stairs and left him for dead.</p>