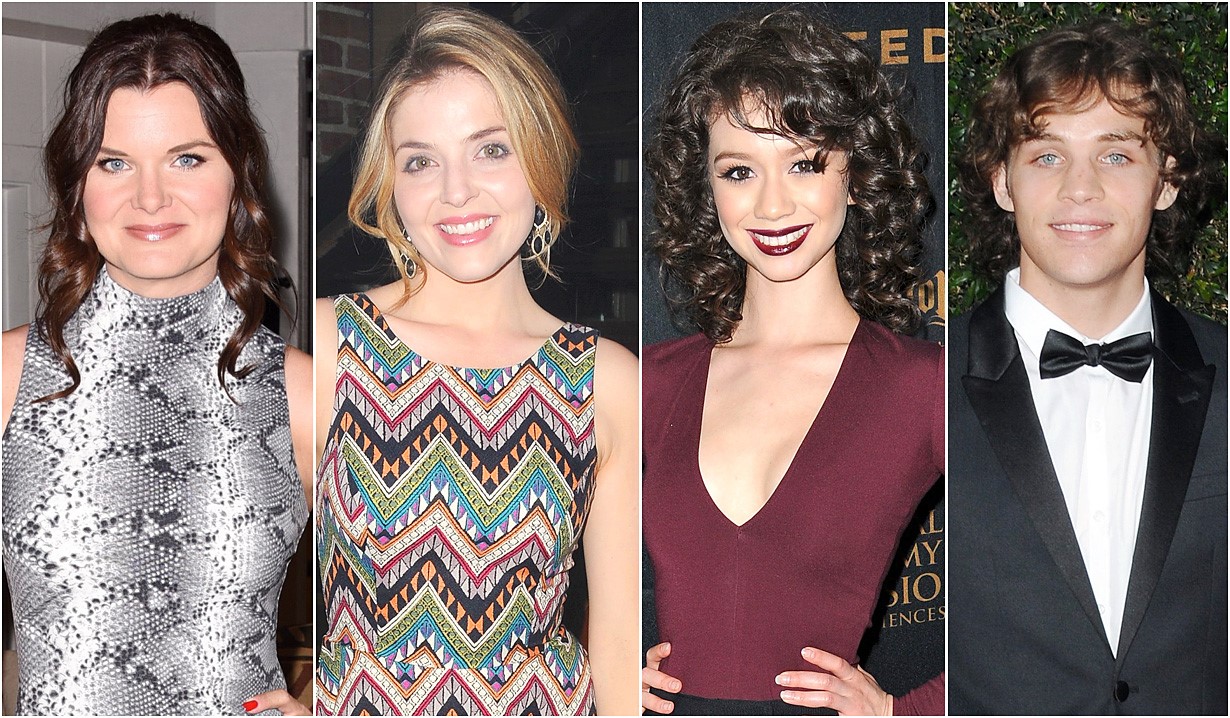 Get your first look at the star-studded Lifetime thriller right here on Soaps.com before its January premiere.

As we draw near the January 1, 2017 premiere date for the soap star-studded movie, Soaps.com has learned details about what viewers can expect…

The story surrounds a rebellious teenager named Julie Plainview (Searcy), who resents the long hours her mother works in order to support them. After a high school graduation party goes bad, and a teacher is murdered, Julie is arrested for the crime and assigned a defense attorney named Ellen (McKellar), who is inexperienced in criminal law. With the help of an old friend named Ben Saverin (Bennett), a crime novelist, Ellen is forced to face a prosecutor, (Lilley), a disgruntled detective (White) and the wife of the murder victim in order to prove Julie’s innocence.

Though movie details are still unknown, “Mommy, I Didn’t Do It” is tentatively set to air on Lifetime on Sunday January 1, 2017 at 8:00 PM. Soaps.com will keep readers updated as more information is revealed.

“The Bold and the Beautiful’s” Heather Tom (Katie Spencer) and “Days of our Lives’” Jen Lilley (Theresa Donovan), Paige Searcy (Jade Michaels) and James Lastovic (Joey Johnson) are currently filming the new Lifetime thriller “Mommy, I Didn’t Do It.” Though the film is in its early stages, it’s been reported that Lilley will play a lead prosecutor with Searcy as the defendant on the end of her wrath.

Jonathan Bennett (“All My Children”), Jaleel White (“Family Matters”) and Danica McKellar (“The Wonder Years”) will also star. Soaps.com will keep readers informed when more details are released, including the film’s premiere date. For now, take a peek at a few tweets from the set:

My "nemesis". Working with @danicamckellar on @lifetimetv's #MommyIDidntDoIt was pure joy. She's as smart, lovely, kind, inspiring, and talented as we all hope she is! And more!! I've never had more fun throwing someone dirty looks and then smiling as soon as the director called cut! Danica, you're a dream and a force to be reckoned with! I learned SO much from you, and I can't wait to hit up some museums 🙂 And thank you @richardgabai, Don Carroll, & @Lifetime for making me part of this epic movie! You all are going to love it!!! I'll update you on airdates when I have them ?

Jen Lilley will be leaving Days and aside from co-hosting “The Talk,” Heather Tom continues to direct B&B episodes while playing her daytime role.

Where Are They Now? Arianne Zucker,...