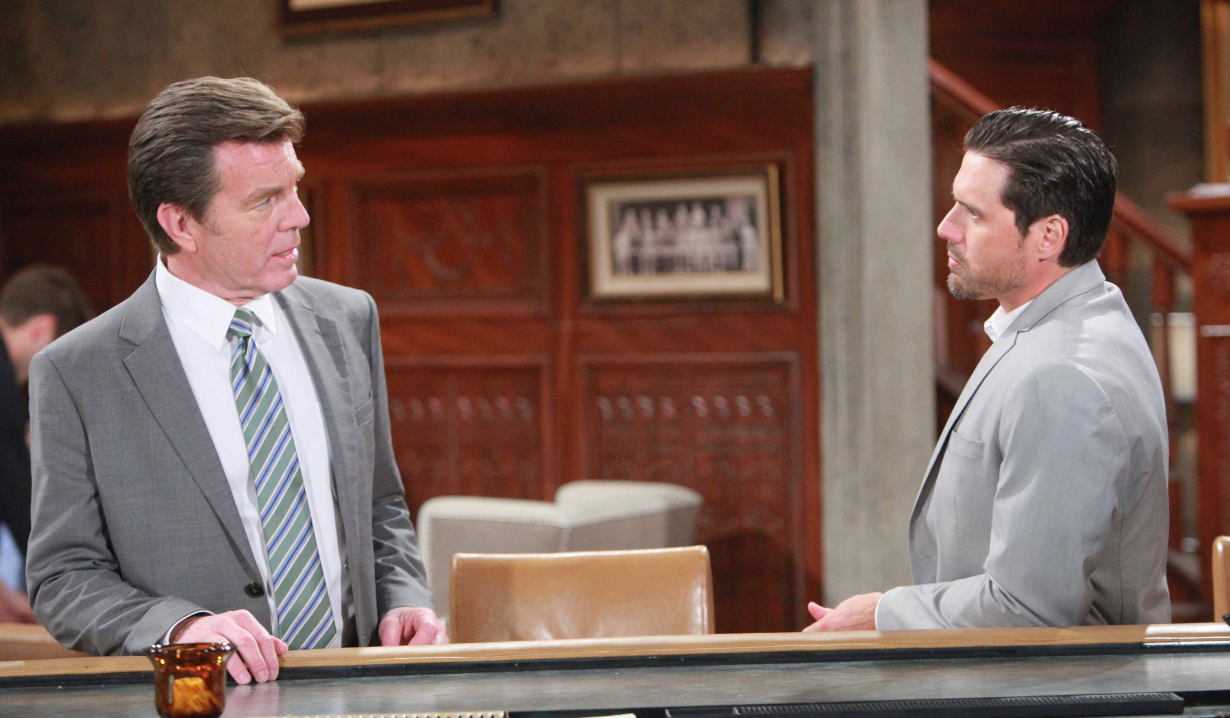 Making out and making up his mind.

The Bold and the Beautiful:
Liam’s emotional unease continues to get the better of him. Since no one else seems to have had any luck, it is left to Eva, a Forrester publicist, to try and talk some sense into him. After coming to terms with his feelings for his brother’s wife and mother, he manages to bump into Steffy on the beach and decides to make her an important offer. Check out The Bold and the Beautiful spoilers to learn who Eric tries to stop from making a big mistake.

Days of our Lives:
Deimos tells Nicole how much he loves her and they take their relationship up a notch. She confides in Chloe, the last notch on his bedpost, and the diva turns to Philip with some surprising news of her own. Meanwhile, Caroline has another vision while Gabi gets spooked in Salem. And John and Brady actually manage to get a lead in the ongoing Tatenapping. Read the Days of our Lives spoilers to find out what happens to Jenn when the stress of battling with Chad gets to her.

Where are they now? Ryan McPartlin cast in Hunter Killer

General Hospital:
Curtis is asking questions about Franco and Liz is defending him. Meanwhile, Dillon admits to Valerie that things are not panning out the way he wanted them to. As Kiki freaks over Morgan’s latest behavior, Scott and Lucy get plastered together. Across Port Charles, Sonny squashes an attempt to take off with Spencer while Jax warns Carly that she could face some serious consequences. Read Soaps.com’s General Hospital spoilers to discover who gets some bad news.

The Young and the Restless:
Things get bumpy when Phyllis and Billy are trapped in the Jabot elevator and he’s feeling randy. Jill manages to get wind of this unsanitary interlude and confronts Phyllis about it, but the redhead won’t be cowed. As she forms an alliance with Nick, Victor returns to business in Genoa City, though Nikki is worried about what his real motives are. Visit The Young and the Restless spoilers to learn whose side Jack will take.

Sophie Okonedo Breaks Down the Complex Psychology of Her ‘Ratched’ and ‘Criminal: U.K.’ Characters