Soap Summaries: Mysterious threats and an affair is revealed 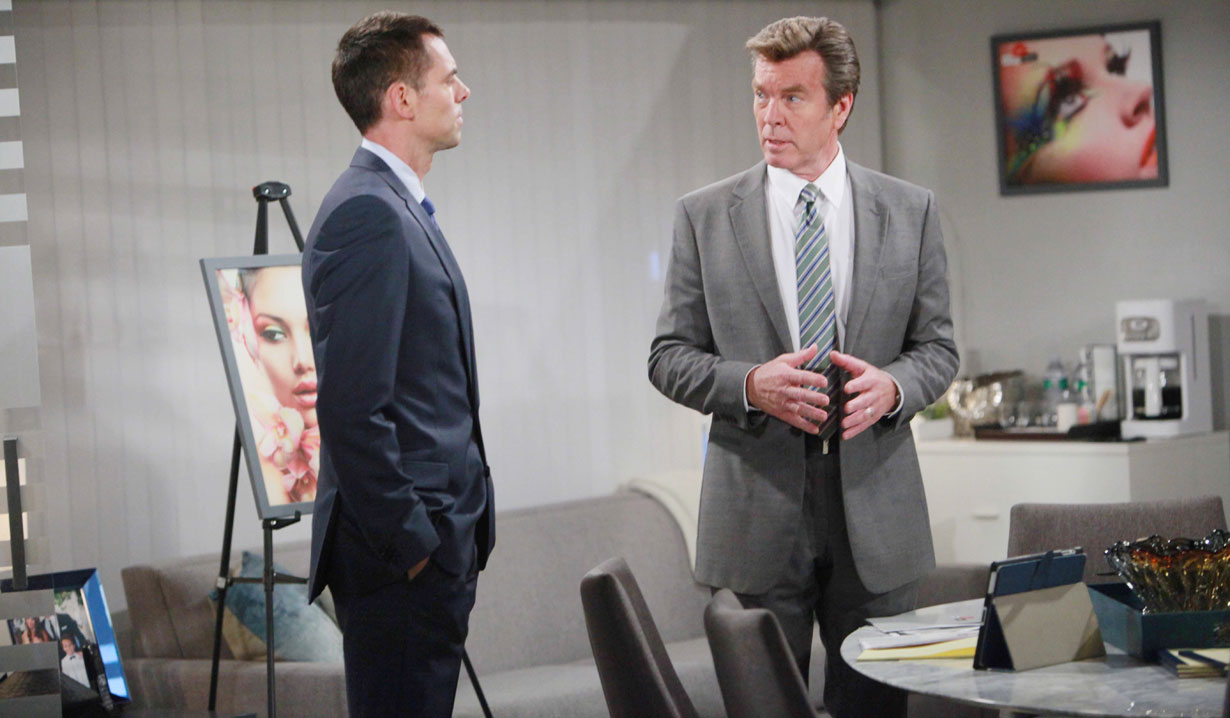 Liam spotted Quinn wandering around Monte Carlo on “B&B.” Deimos used blackmail in his attempt to prove he had changed on “Days.” Lulu feared she’d stumbled upon her dead father on “GH” and Chloe laughed when Chelsea told her about Adam’s incarceration on “Y&R.”

Soaps.com is back with another rundown of last week’s soaps. From episode highlights to in-depth daily soap opera recaps, get a refresher before the new week begins!

The Bold and the Beautiful:
Liam and Wyatt bickered during the flight to the Summit. While Steffy and Wyatt left for some alone time, Liam and Eric caught up over talk of the mysterious new woman in Eric’s life. After Liam changed the subject to what Quinn had done to him and Steffy, Eric broke up with her via text. Quinn jumped on a plane and endured a horrible flight to Monte Carlo. Liam was the first person to spot Quinn upon her arrival, but no one believed him, and despite the breakup, Eric greeted her with a kiss. Back in LA, a heart-to-heart over Thomas and Douglas led to Ridge and Caroline removing their wedding rings and saying goodbye. Read the Bold and the Beautiful daily recaps to learn what happened next.

Days of our Lives:
Hope assured Ciara that Aiden was no longer a part of their lives. Ciara then relayed the news to Chase and how his father planned to kill her mother all along. Elsewhere, Eduardo received a mysterious letter vowing revenge. Though Adriana contemplated their future, she quickly walked away after spying the note, which addressed Eduardo as a murderer. Victor met with Deimos and refused to give him a fresh start – as did Nicole. Deimos wanted to prove everyone wrong and blackmailed a doctor to perform surgery on Maggie in order for her to walk again. Maggie accepted the offer and Deimos left Victor to ponder one of his own. Across town, as Theresa attacked Summer and ended up knocked out, John and Brady found a connection and confronted Deimos about the Tatenapping. Read our Days of our Lives daily recaps to find out why Sonny returned to Salem and where Steve took a new job.

General Hospital:
Evidence found near the charred remains in the Cassadine tunnels led Lulu to believe the body was her father, Luke. After knocking out one of Valentin’s men, Lulu grabbed a gun and aimed it at Valentin. Jason and Sam appeared, which allowed the perfect distraction for Valentin to escape. Jason found a jet and was confident he could fly them off the island. While in the air, the fuel gauge dropped and the jet did a nosedive. Back in Port Charles, Naomi visited Heather and warned her never to reveal what she knew about Liz to Franco. Josslyn located Carly and demanded she stop embarrassing her with the kidney donor search. It wasn’t long before Jax appeared. Elsewhere, while Julian was denied bail, Maxie’s scheme to get rid of Claudette blew up in her face. Read our General Hospital daily recaps to learn why Parker dumped Kristina and who agreed to stay quiet about pushing her to do so.

The Young and the Restless:
Phyllis testified against Victor but the judge granted his appeal after Victor privately promised to stay away from his daughter, Meredith. Jill convinced Billy to run Brash & Sassy with Cane then spied him in bed with Phyllis. Jill confronted Phyllis, who ended things with Billy and planned to work on her marriage. Though Phyllis and Jack made love, she later found herself stuck in an elevator kissing Billy. Victor found Chloe at the ranch and demanded the return of the diary pages. Chloe claimed she burned them then paid Chelsea a visit and laughed when Chelsea ranted about Adam being set up for something he didn’t do. She visited Billy next, recalled stealing his sperm then introduced Esther to her granddaughter, Bella. Read The Young and the Restless daily recaps for Kevin’s reaction to Bella and Chloe, who flashed to the last time they had sex.