Where are they now? Emmy noms, a wedding and a rockin’ new hairstyle 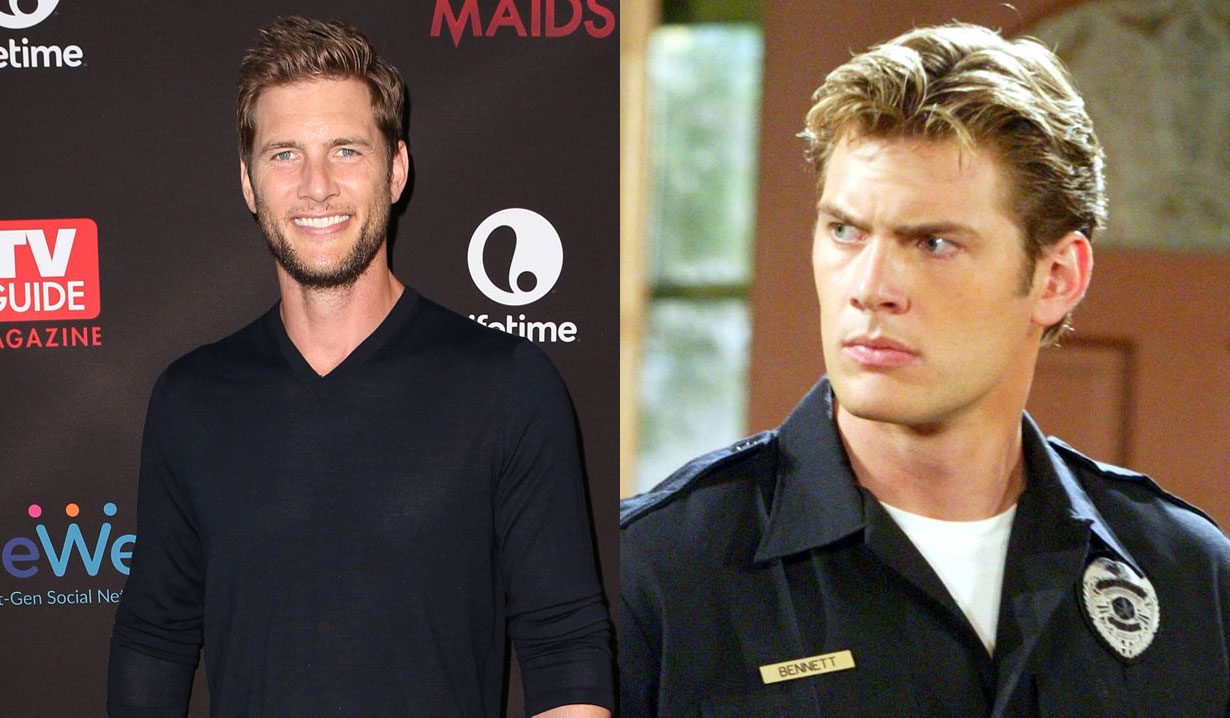 William Fichtner upped to series regular on Mom.
William Fichtner (“As the World Turns’” Rod Landry) joined the cast of the CBS sitcom “Mom” as Adam back in April during season three. When season four returns fans will get to see more of his character, as Fichtner has been promoted to a series regular. Tune in for a new season, starring Anna Faris and Allison Janney, on Thursday October 27 at 9:00 PM. The actor can also be seen as General Adams in the June release “Independence Day: Resurgence” and is involved in other 2016 projects such as “St. Sebastian,” “The Gettysburg Address” and “Last Days of Summer.”

So grateful and honored to be included with all of these amazing actors for #Emmys2016 !!!Thank you for all the love and support.

“Yeehaa!”
LBJ, upon hearing that All The Way received 8 Emmy Nominations. So grateful to all the artisans who helps us go all the way.Thanks

Ryan McPartlin cast in Hunter Killer.
Ryan McPartlin (“Passions’” Hank Bennett) has landed a role in the upcoming submarine thriller “Hunter Killer.” Deadline has learned the actor will play a former Navy SEAL named Matt Johnstone, who currently works with the OGA (Other Government Agency) division as a CIA medic. The story surrounds the rescue attempt of a kidnapped Russian president (Gary Oldman) and how an untested American submarine captain (Gerard Butler) joins forces with U.S. Navy SEALS in order to save him from a rogue general. Billy Bob Thornton also stars. Stay tuned for its release date and watch McPartlin recur as Kyle on Devious Maids on Lifetime Mondays at 9:00 PM.

Corbin Bleu off the market, marries Sasha Clements.
“One Life to Live” reboot alum Corbin Bleu (Jeffrey King) is officially off the market. On Saturday July 23 the actor and his fiancée Sasha Clements (“Degrassi: Don’t Look Back”) tied the knot in Santa Barbara, California. People is reporting that the couple married in front of 160 guests, where everyone gathered to enjoy a family-style Italian dinner, a wedding cake from Sweet E’s bakery and various snacks from In-N-Out. Bleu and Clements met in a Toronto grocery store back in 2011.

Thank you @MalibuSafaris for making my beautiful bride to be so happy! #BacheloretteParty pic.twitter.com/OZu0sDtRop

Hey, all. Sorry I’ve been incommunicado but I just finished an intensive workshop with my new acting coach! He’s changed my acting! My life!

His name is Dominick Tardivian. He’s a genius and he has just allowed a series of lectures to be videoed and released to the general public!

If you want to be inspired in your art and/or your life generally, you’ll want to watch. https://t.co/TrvYGyYCP3 and follow @tardivian -T