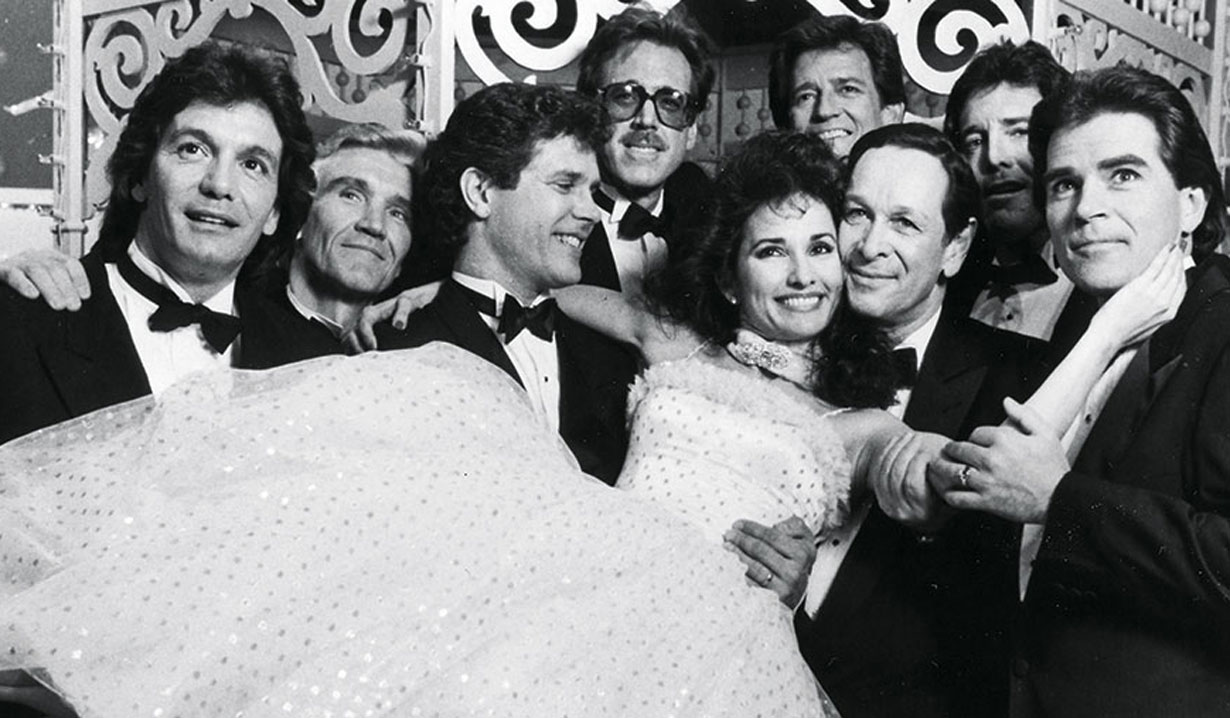 Many well-known actors had their first roles in soap operas and various daytime alums over the past ten years have gone on to work in film, primetime, behind-the-scenes and continue to have successful music and stage careers. As part of Soaps.com’s tenth anniversary celebration, let’s take a look back at some of the biggest soap stars of the last decade and what they’ve been doing since leaving daytime behind.

Susan Lucci:
“All My Children’s” Susan Lucci took daytime by storm as Erica Kane, a role she created in 1970. After the ABC cancellation in 2011, she didn’t go on to revive the character during Prospect Park’s online reboot but turned up in the film “Joy,” made several appearances on “Army Wives” and “Hot in Cleveland” and continues to play Genevieve Delatour on Lifetime’s “Devious Maids.” Michael Park:
“As the World Turns'” Michael Park spent thirteen years playing Jack Snyder until the CBS cancellation in 2010. Viewers of “The Good Wife,” “House of Cards” or “Chicago P.D.” may have spotted the actor’s guest appearances over the past few years. Park has also taken part in onstage performances of “The Sound of Music Live,” “Peter Pan Live,” “Tuck Everlasting” and will resume his Broadway role in “Dear Evan Hansen” later this year. Susan Flannery:
“The Bold and the Beautiful’s” Susan Flannery appeared on “Days of our Lives” in 1972 as Dr. Laura Spencer Horton before creating the iconic role of Stephanie Forrester in 1987. The character’s death in 2012 left her fans in tears, as Flannery went on to serve as a producer on the film “The Grove” and as a director on Venice: The Series. Alison Sweeney:
“Days of our Lives'” Alison Sweeney grew up on the NBC set beginning in 1993 as Sami Brady, a role she resumes when a storyline calls for it. She’s done everything from commercials, film and primetime, was the host of “The Biggest Loser” for nine years and penned five books. She promotes health and fitness and stars in Hallmark movies, most notably the “Murder She Baked” series and Sweeney’s latest project Hallmark’s The Irresistible Blueberry Bakeshop & Café. Rick Springfield:
“General Hospital’s” Rick Springfield was already an accomplished musician before landing the roles of Dr. Noah Drake/Eli Love in 1981. Aside from popping back into Port Charles over the years, he most recently appeared in “True Detection,” “Ricki and the Flash,” authored two books, continues to release albums while touring and performing his 80’s hit “Jessie’s Girl” and Springfield landed a recurring role on Supernatural. Kim Zimmer:
“Guiding Light’s” Kim Zimmer played Nola Dancy Aldrich on “The Doctors” before creating Reva Shayne, who labeled herself ‘the slut of Springfield’. During her 26 year run as Reva, Zimmer appeared as “Santa Barbara’s” Jodie Walker then went on to play Echo DiSavoy on “One Life to Live.” The past few years, she’s been spotted in stage productions, most recently as Judy Steinberg in “It Shoulda Been You,” and played Mary Freeman in 2014’s feature film “23 Blast.” Trevor St. John:
“One Life to Live’s” Trevor St. John garnered a huge fanbase as Todd Manning/Victor Lord from 2006 to 2013. He’s been busy with roles on The Vampire Diaries, “Containment,” “Youthful Daze,” “Dreamliner” and supports WriteGirl, a mentoring program for teenage girls. St. John also created a video series as his alter ego, Dominick Tardivian, which spoofs what it takes to become a better actor. Juliet Mills:
“Passions’” Juliet Mills played Judge Edith Hogan on “All My Children” in 1985 and was already an established actress prior to playing Harmony’s 300-plus year old witch Tabitha Lenox from 1999 to 2008. Mills continued to add to her impressive resume, most notably for five years as Philipa on “Hot in Cleveland” until the sitcom’s cancellation in 2015. Michael Damian:
“The Young and the Restless'” Michael Damian used his musical and acting skills to create the role of rocker Danny Romalotti in 1984 and has returned to daytime on occasion with his most recognizable hit being the 2009 remake of “Rock On.” He can be found mostly behind-the-scenes these days writing, producing and directing and released the 2016 film “High Strung.”