Jimmy Deshler and Vanessa Lachey, where are they now? 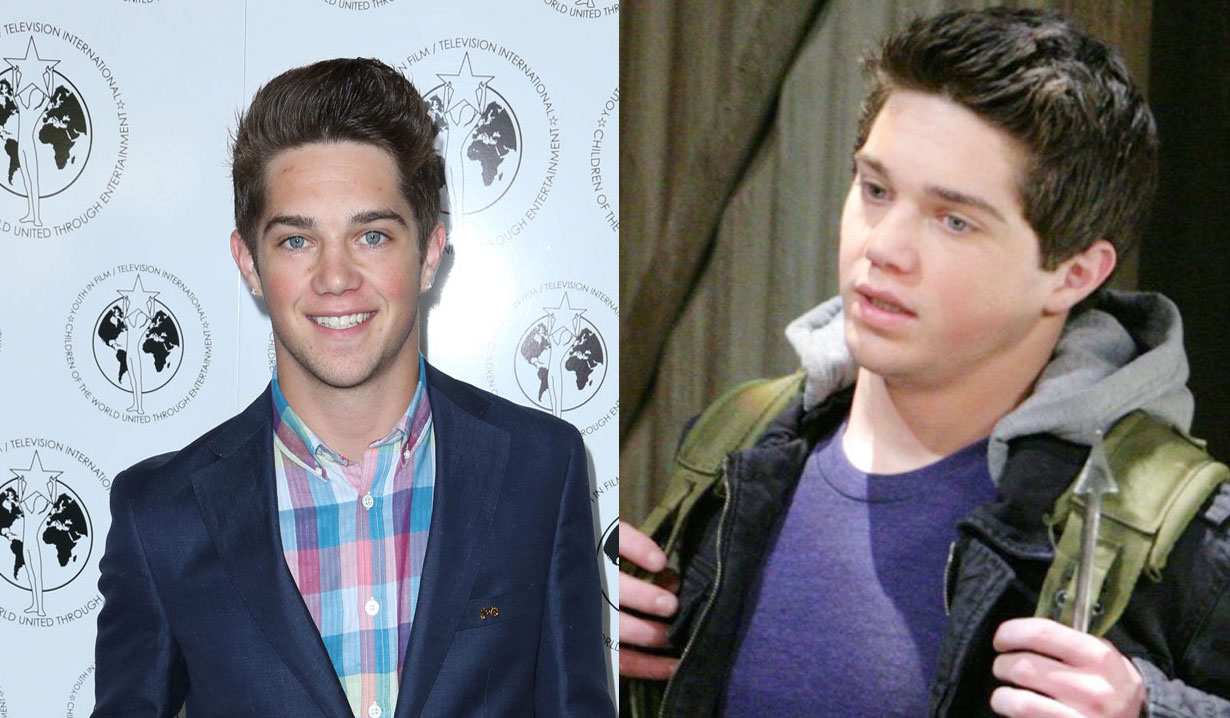 In this week’s column surrounding former actors of current soaps, Soaps.com has new primetime and film roles, a 1996 remake, a morning talk show, a move to London and more!

Vanessa Lachey to play lead in First Wives Club remake.
Many know actress Vanessa Lachey as the wife of Nick Lachey, member of the boy band 98 Degrees. What many don’t know is that one of her first roles was playing Amanda Wexler on “The Bold and the Beautiful” in 2001. Not only is Vanessa a mother to her and Nick’s two children, Variety is reporting that she’s recently been cast as one of three leads in TV Land’s “First Wives Club” remake. The pilot is based off the 1996 film, which previously starred Bette Midler, Goldie Hawn and Diane Keaton, and follows three former friends who reunite after the death of their close college classmate. Lachey will play a chef named Sasha with Alyson Hannigan (“American Pie” franchise) as an English professer named Maggie and Megan Hilty (“Smash”) as a former Hollywood actress named Kim.

Jamie Chung to Gotham.
“Days of our Lives” alum Jamie Chung (Cordy Han, 2007) has landed a recurring role as Valerie Vale on FOX’s hit crime drama “Gotham.” TVLine has learned that Valerie is one of season three’s most anticipated characters, a new hire at the Gotham Gazette who plans to uncover the truth surrounding Indian Hill. After she realizes Gordon (Ben McKenzie) may unlock the mystery, she’s determined to go to great lengths to get the scoop. Tune in at 8:00 PM for the season three premiere, where the actress debuts as Valerie, on Monday September 19 in the episode titled “Better to Reign in Hell.” Chung has played the role of Mulan on ABC’s “Once Upon a Time” since 2012.

Kyle Brandt to co-host Good Morning Football.
“Days of our Lives'” alum Kyle Brandt (Philip Kiriakis, 2003 to 2007) will be co-hosting the NFL Network’s upcoming daily morning show “Good Morning Football.” Tune in for three hours daily beginning on Monday August 1 at 7:00 AM. Co-hosting alongside Kay Adams, Nate Burleson and Peter Schrager, Brandt and the guys will get fans ready for the 2016 NFL season.

Jimmy Deshler in Riding Faith.
Former “General Hospital” actor Jimmy Deshler (Rafe Kovich, Jr.) takes part in the upcoming movie “Riding Faith.” The inspirational family feature focuses on a girl named Grace (Grace Van Dien) who continues to grieve the death of her father Mike (John Schneider) and cherishes the horse, Faith, he gave her, as her mother Rebecca (Marisa Brown, “B&B’s” Julie, 2001) not only tries her best to raise her rebellious daughter but is forced to deal with the looming foreclosure of their family’s horse ranch. Deshler plays Chris, with the movie scheduled for release on Wednesday March 1, 2017. Deshler can also be seen in encores of Lifetime’s Marriage of Lies, which contains a soap alum star-studded cast.

Darcy Rose Byrnes enrolls in London’s Royal Academy of the Dramatic Art’s Shakespeare Intensive.
Darcy Rose Byrnes began her career playing little Abby Carlton on “The Young and the Restless” in 2003 and appeared off and on until 2008. Soaps.com has received updates throughout the years from the actress and her family and we’re excited to report her latest venture. Now 17, Byrnes is taking part in London’s Royal Academy of the Dramatic Art’s Shakespeare Intensive and shared some tweets of her flying off to London and settling into her new flat. She’s also voiced Princess Amber since 2013 in Disney Jr.’s “Sofia the First,” which is currently recording season four and has documented over 100 of her own original songs. Soaps.com wishes Byrnes the best of luck and continued success!

Let's do this ✈️ pic.twitter.com/jqyxDBO72J

Soap Summaries: A tatenapping, a...