Soap Summaries: A tatenapping, a rocky marriage and a mystery continues 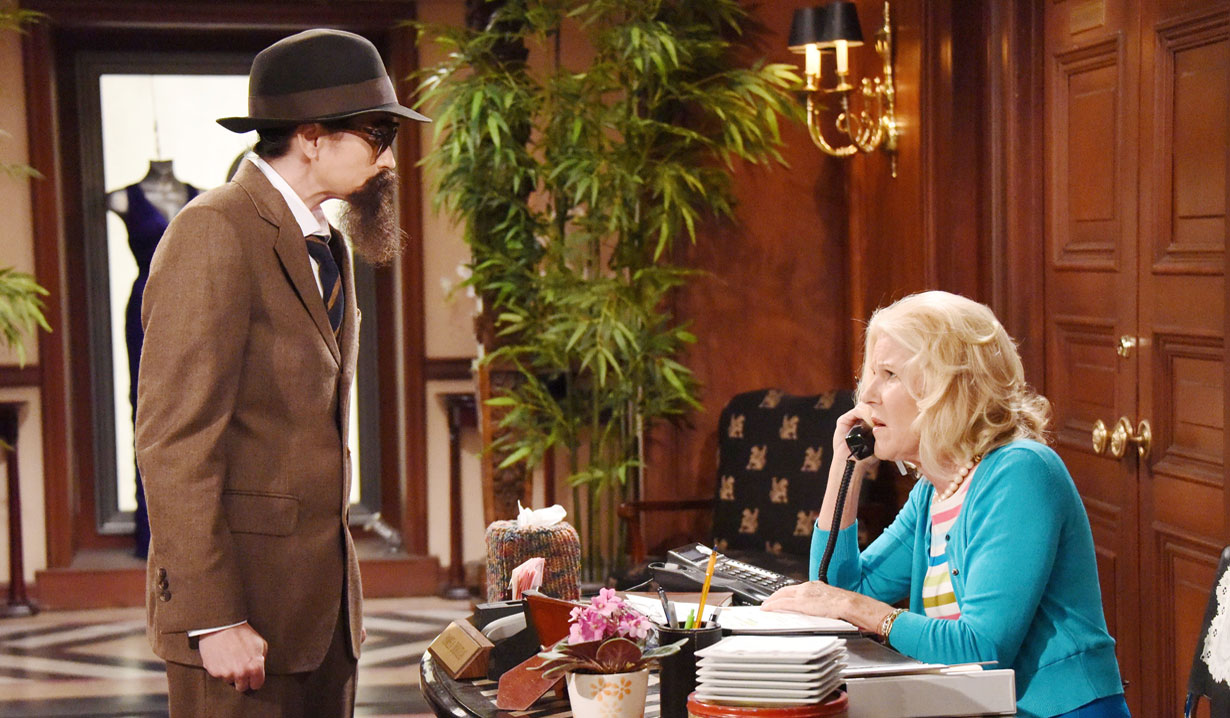 Bill took Will away from Katie on “B&B.” The Tatenapping brought back thoughts of Kristen on “Days.” Spencer was forced to tell Laura the truth about Nik on “GH,” and Chloe was revealed to be Victor’s mysterious accomplice on “Y&R.”

Soaps.com has storyline highlights leading up to the week ahead, as well as in-depth daily soap opera recaps.

Watch Cathy Rankin dish on the highlights of this week in Soaps Roundup.

The Bold and the Beautiful:
Katie ordered Bill out of their home and broke down when he had Will removed from her care. Elsewhere, Liam informed Wyatt and Steffy that he wouldn’t honor their wedding vows, especially after Bill’s hypocrisy in his own marriage. Though his sons argued over what he had done to Katie, Bill expected them to represent him at the Spencer Summit in Monte Carlo. Quinn surprised Eric, who gave in to office sex at Forrester then took a private meeting with Ridge, Rick and Steffy. When Ridge confessed Douglas’ paternity, Rick demanded Ridge be demoted, due to a morality clause in his contract. Though Rick and Steffy wanted the CEO position, Quinn convinced Eric to take back the reins himself. Read the Bold and the Beautiful daily recaps for Deacon’s reaction to Quinn sleeping with Eric – and to Steffy finding Quinn in disguise in Eric’s office.

Days of our Lives:
News spread of Tate’s kidnapping as Shawn received proof that Theresa’s protein shake had been drugged. While everyone worried for the baby’s safety, John thought of Kristen and her past schemes – as a woman met with Summer to make an exchange. Andre met Chad, claimed Abby could’ve been on a plane that went down near Miami and made plans to make sure his brother believed Abby was dead. As Chad learned Jenn was suing for custody of Thomas, Andre worked to avenge Stefano’s death by kidnapping Rafe. Elsewhere, Shawn revealed the truth to Hope surrounding Aiden’s DNA analysis, leading her to punch Aiden and arrest him. After she forced Aiden to admit he’d attempted to kill her, Hope found Rafe in Stefano’s old house with a timebomb, which soon exploded. Deimos lied about his whereabouts to the Salem PD in exchange for Kate returning everything she took from him. Read our Days of our Lives daily recaps to find out what Kate asked Andre to do in retaliation.

General Hospital:
Ava discovered Rachel’s diamonds stashed in Nik’s pants during a moment of passion, as Jason and Sam found a man named Theo on the island, claiming to be a fisherman with a Cassadine crest tattoo hidden on his wrist. Theo perked up at the mention of Nik’s name and later came face to face with Ava and Nik. Back in Port Charles, after Spencer confessed to Laura that Nik was alive, she relayed the news to Lulu and Dante, who agreed to accompany her and Kevin to Cassadine Island. Once there, Theo pulled a gun on everyone and prevented them from leaving. Elsewhere, Rachel and Tracy offered Finn their assistance in accessing his meds, as Franco trapped Liz in an evaluator where they admitted their feelings for one another. At Crimson, Nina fired then rehired Claudette at Maxie’s insistence. Later, while Curtis caught Maxie snooping in Claudette’s room, Claudette admitted to Nathan that he’d been the best thing to ever happen to her. Read our General Hospital daily recaps to learn how Claudette responded when Nathan asked for the identity of the man he shot.

The Young and the Restless:
Adam agreed to Victor’s blackmail, his freedom in exchange for working alongside his father at Newman. However, Phyllis refused Victoria’s request to testify in Victor’s favor for his appeal and rushed off to Billy’s, who urged her to choose between him and Jack and was even more frustrated to find Jill had hired painters to redo his updates at the mansion – in a way Katherine would approve of. As Phyllis apologized to Jack and moved to a suite at the club, Travis said goodbye to Victoria, who couldn’t runaway with him and take the kids from Billy. Hilary was rushed to the hospital after passing out in Devon’s arms, where everyone learned she had relapsed. Victor’s accomplice, Chloe, arrived at the hospital as well, furious about the deal Victor made with Adam. Victor warned Chloe to leave town and to get rid of the evidence they framed Adam with. Read The Young and the Restless daily recaps to hear how Victor threatened Chloe in regards to her daughter Bella.