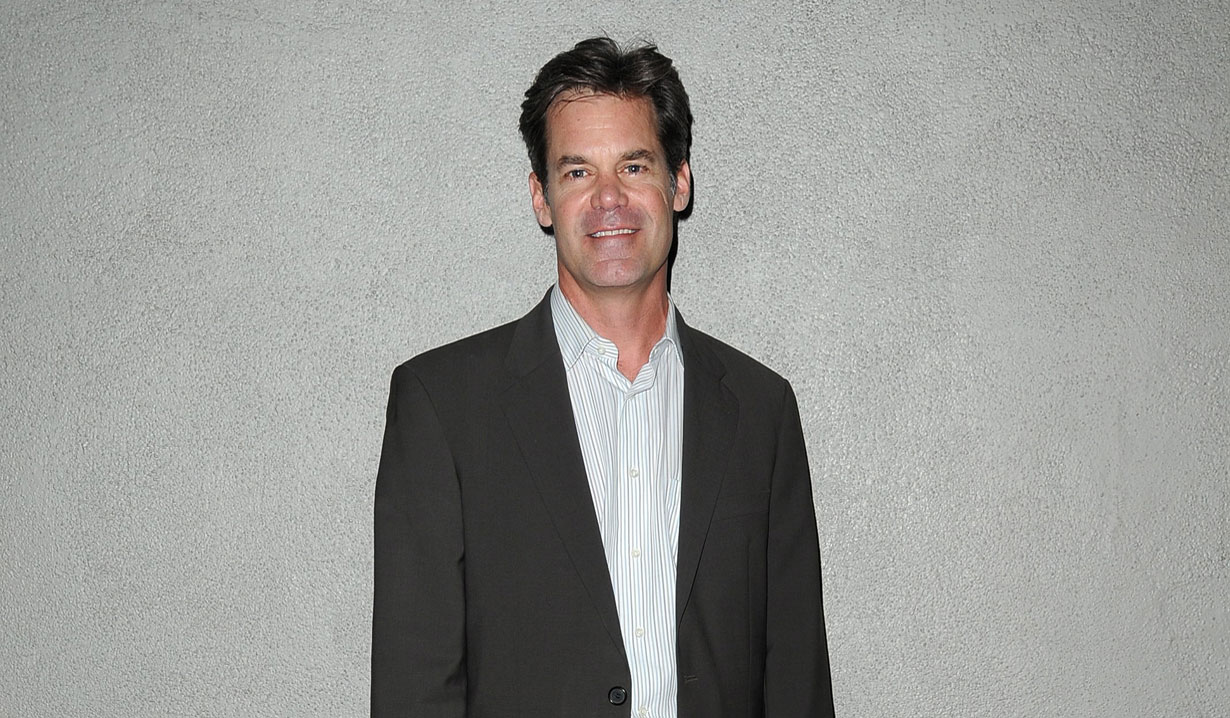 A journey from the past.

In this week’s column Soaps.com has stage appearances, new Hulu and Netflix roles, an indie film and more surrounding former All My Children,” “Another World,” “As the World Turns,” “One Life to Live,” “Ryan’s Hope” and “The Edge of Night” actors.

Laurence Lau’s upcoming projects at The Mountain Playhouse.
Fans of soap vet Laurence Lau will be able to catch him onstage in three different productions at The Mountain Playhouse at 7690 Somerset Pike in Jennerstown, Pennsylvania. The comedy “Social Security” runs from Tuesday July 5 through Friday July 17 and follows what happens when families are pushed into close proximities and generations collide. “Too Many Cooks” will hold performances from Tuesday July 19 through Sunday July 31 and will take the audience through a hilarious turn of events resulting from the absence of a star chef from a restaurant’s grand opening. “Death Trap,” a comedic thriller, runs from Tuesday September 20 through Sunday October 2 and promises a mix of gasp-inducing thrills and spontaneous laughter. For detailed information on each play’s storyline and to reserve your tickets visit The Mountain Playhouse. Lau’s daytime credits include “All My Children’s” Greg Nelson, “Another World’s” Dr. Jamie Frame, “One Life to Live’s” Sam Rappaport and “As the World Turns’” Brain Wheatley.

Leven Rambin joins Hulu’s The Path.
Former “All My Children” star Leven Rambin (Lily Montgomery/Ava Benton) has been cast to play Chloe in season two of Hulu’s “The Path.” The series regular role has Rambin’s character connected to Eddie’s (Aaron Paul) past and future, which in turn is the making for a new complex relationship. Season two will return in 2017. “Y&R’s” Max Ehrich played The Path’s Freddie Ridge.

On set of The Path @hulu no filter cas Idgaf pic.twitter.com/QZ9Wjd3R0N

Sarah Hyland stars on Dimension 404.
Sarah Hyland broke into acting playing Rain Wolfe on “Another World” and went on to appear as Karen on “All My Children,” as Alison McDermott Stewart on “As the World Turns” and as Heather on “One Life to Live.” Recently she landed a starring role on Hulu’s upcoming sci-fi series “Dimension 404.” Look for her to play a sweet high school student, who cares about what others think, especially her older classmates, and convinces her uncle to bring her to a special screening in a cinematic format called Cinethrax, where the audience watches the film in a very unsafe way. Taping began in June. Stay tuned for a release date for the six-episode anthology that focuses on the stranger side of the internet. Also look for Hyland as Lisa Houseman in the Dirty Dancing remake, an upcoming project for ABC.

Kelsey Grammer and Ron Perlman team up in Trollhunters.
Veteran actor Kelsey Grammer, best known for his role as Dr. Frasier Crane on “Frasier,” appeared in daytime during the beginning of his career with roles on “Ryan’s Hope” (as a waiter) and on “Another World” (as a paramedic). Ron Perlman (“Sons of Anarchy”), who also played on “Ryan’s Hope” (Dr. Bernie Marx) will join Grammer in Netflix’s new animated series “Trollhunters.” The series will showcase two worlds at risk of colliding, as Jim and his friends uncover a battle of the trolls beneath their suburb of Arcadia. While Grammer will voice the role of a compassionate troll named Blinky, Perlman will voice an evil troll named Bular. Look for the series to premiere in December. Sadly, Anton Yelchin (“Star Trek”), who voiced the role of Jim, passed away on Sunday June 19 as a result of a car accident at the age of 27. Soaps.com sends Yelchin’s family, friends and co-workers our deepest condolences.

Lolita Davidovich out, Margaret Colin in at Shades of Blue.
Lolita Davidovich, who played Linda Wozniak (the wife to Ray Liotta’s Matt Wozniak) during season one of NBC’s crime drama “Shades of Blue,” has been replaced with soap alum Margaret Colin, who will appear in the recast role during the network’s upcoming season two. TVLine is reporting that Davidovich had to vacant the role due to scheduling conflicts. The series stars Jennifer Lopez as Harlee Santos, a NYPD detective and single mother. Colin’s daytime credits include playing Paige Madison on “The Edge of Night” and Margo Hughes on “As the World Turns.”

Sean Ringgold in Orange is the new Black.
Fans of the Netflix series “Orange is the new Black” will see a familiar face from daytime during season four, available now. Sean Ringgold alerted fans to his new role, appearing as CO Stokan in episodes six, “Piece of Sh*t,” and ten, “Bunny, Skull, Bunny, Skull.” The actor played Shaun Evans on “One Life to Live” during its ABC run and again during the online reboot. Ringgold will also appear as Sugar in the upcoming Netflix superhero series “Luke Cage,” set to premiere on Friday September 30.

Hey guys, I'm happy to be appearing on @OITNB tomorrow in episodes 6 & 10. Blessed to be a part of this Show. pic.twitter.com/xUfGojoP6T

Tuc Watkins in Retake.
“One Life to Live” fan favorite Tuc Watkins (David Vickers) stars in the Nick Corporon film “Retake,” which premiered on Tuesday June 21 at the Frameline Festival in San Francisco and screened at the Kansas City LGBT Film Festival on Thursday June 23. The film follows a lonely man named Jonathan (Watkins) who takes a road trip with a hired prostitute (Devon Graye, “The Flash”) in order to recreate a time from his past. Watkins crossed over to “All My Children” as David Vickers and appeared on “Santa Barbara” as Reggie and “General Hospital” as Pierce Dorman. He’s also turned up in primetime this year on “Telenovela,” “It’s Always Sunny in Philadelphia” and Watkins guest-starred on Castle with Kassie DePaiva (“Days’” Eve, “OLTL’s” Blair Cramer). 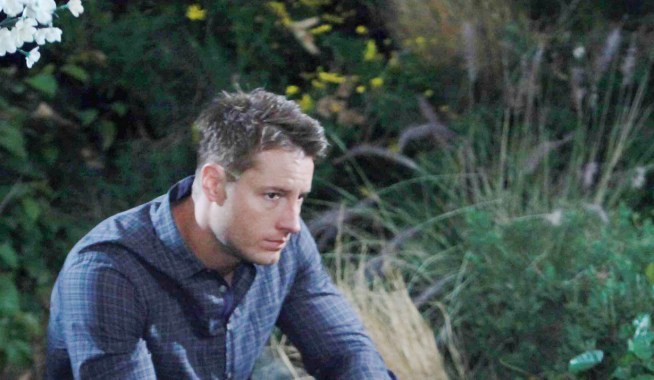 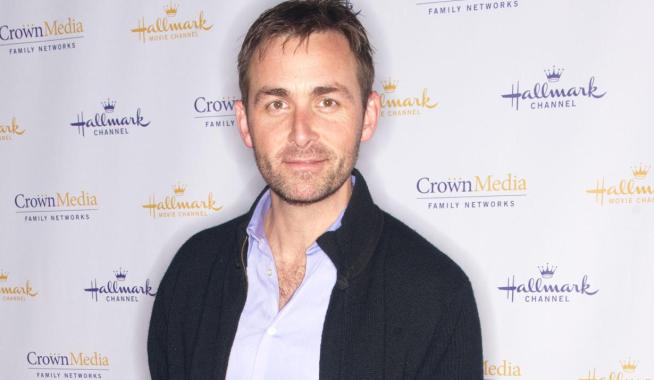