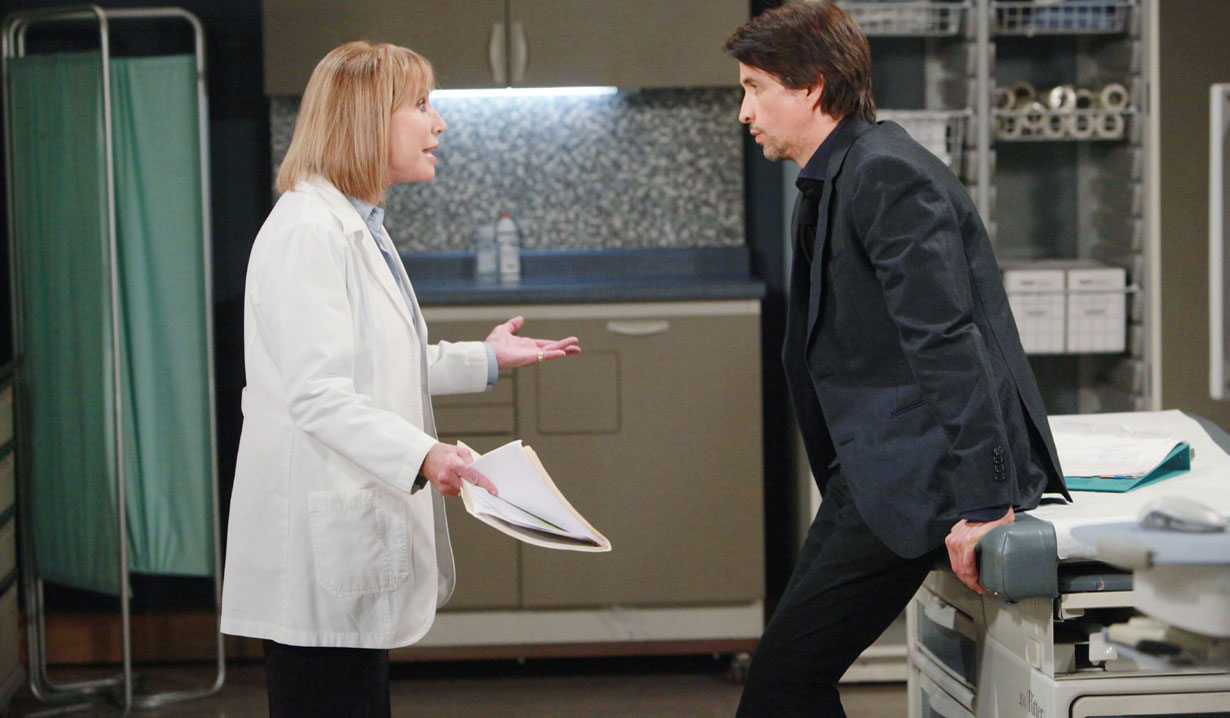 Many wondered if Wyatt and Steffy’s marriage had been legalized on “B&B.” Joey was shot on “Days.” Nik resurfaced on “GH,” and Jack called out as Billy and Phyllis had sex on “Y&R.”

Soaps.com has a rundown of the past week’s storyline highlights, as well as daily soap opera recaps for readers who want a play-by-play of each episode.

The Bold and the Beautiful:
Reverend Rydell assured Wyatt he filed the paperwork after his wedding to Steffy. While Rydell was booked for breaking into Liam’s, Wyatt called Bill and expressed concern about whether or not his marriage to Steffy was legal. Bill called a friend at the city clerk’s office. Elsewhere, Liam relayed news to Steffy about Rydell as his intruder and the possibility that her marriage to Wyatt hadn’t been legalized. Though Liam anticipated them being able to reunite, Bill and Wyatt learned his marriage to Steffy had been legit. Bill went to tell Liam and found Steffy in his arms. After he ordered her to return to her husband, Bill warned Liam to respect his brother’s marriage and threatened to disown him if he didn’t. Bill called the family together and reiterated the need to reunite, by showing respect, then didn’t practice what he preached and kissed Brooke behind closed doors! When Steffy returned home, she found Quinn cooking in her kitchen. Read the Bold and the Beautiful daily recaps to find out Zende’s response to Nicole ordering him to refuse Ridge’s assignment, which involved him working with Sasha in sexy lingerie.

Days of our Lives:
Joey received a frightening text from Jade, which led him, Steve and Kayla back to the commune where Joey was shot but later made it through surgery. Chloe tended to Deimos at her place and reflected on them having met during one of her nightclub shows. She was stunned to learn ‘Robert’ was Deimos Kiriakis. Though Deimos claimed he’d fallen for her back then, but returned to Salem bent on revenge instead of pursuing her, Chloe made it clear she couldn’t risk Parker’s safety. Elsewhere, Victor blackmailed Kate into signing over Titan and in return agreed to make sure Nicole went down for Deimos’ murder. While Victor made Nicole look guilty to Roman, Kate continued to plant evidence against her. Dario tried to help Nicole prove that Kate murdered Deimos but both ended up arrested after being caught at the Kiriakis mansion. Hope and Aiden’s date ended with Andre calling Aiden with a reminder to get him released. If he didn’t, Andre threatened to go to Hope with information. Read our Days of our Lives daily recaps to learn why Chad was ordered to get to Shady Pines immediately.

General Hospital:
Maxie went to Griffin, as a priest, and confessed how Nathan shot a man. Griffin urged Maxie not to allow Nathan’s past to ruin their future. Nathan interrupted Brad and Lucas’ wedding at Julian’s with a warrant. As they married, Nathan located the dagger, learned it contained a trace of blood and later arrested Alexis for Carlos’ murder. Spinelli reported to Jason and Sam at Sonny’s cabin that Nik had been researching faraway destinations. They recalled how strange Spencer had been acting about ‘his father’s death’ and believed Spencer was in on Nik’s ruse, which was proved to be true. On a plane to London, Ava came face-to-face with Nik and took a selfie of them. After Ava tried to help him divert attention to himself from a mysterious man who questioned Nik’s identity, Huxley placed a call to have a special room prepared for a guest – as Jason and Sam headed to London, hot on Nik’s trail. Back in Port Charles, as Carly left Jax a message about Joss’ donor, Monica confronted Finn with his syringe and drugs, courtesy of Obrecht. Read our General Hospital daily recaps to hear what TJ overheard about his real father.

The Young and the Restless:
Hilary told Jack there had been a problem with Neville’s protocol. But assured him Ashley was fine. Jack agreed not to let Devon know Hilary was sick. Phyllis left Billy’s, planning to tell Jack about their affair, leaving Billy to confess to Bethany that he loved his brother’s wife. Later, unable to tell Jack the truth Phyllis returned and had sex with Billy. She was forced to hide when Jack appeared and later refused Jack’s invitation for a romantic getaway. Instead, Phyllis planned one for her and Billy. At home, Sharon dreamed of Sage’s ghost and admitted to Mariah the guilt had been eating away at her. Dylan and Nick picked up on Sharon’s strange behavior as well. Vikki arrived at Travis’ bar and learned someone paid his debt. Though she promised it hadn’t been her, they discussed his past then went public as an official couple. Read The Young and the Restless daily recaps for Adam’s reaction to Meredith claiming Victor had been protecting him, as Victor recalled talking to a woman, who hated Adam, and instructing her how to frame his son for murder. 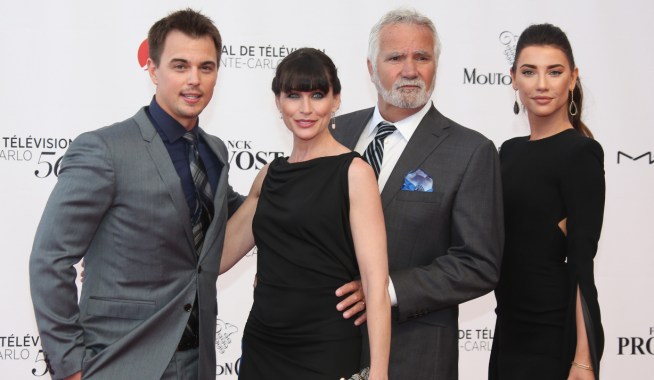