Soaps Spoiler Digest: Keeping it together and coming apart 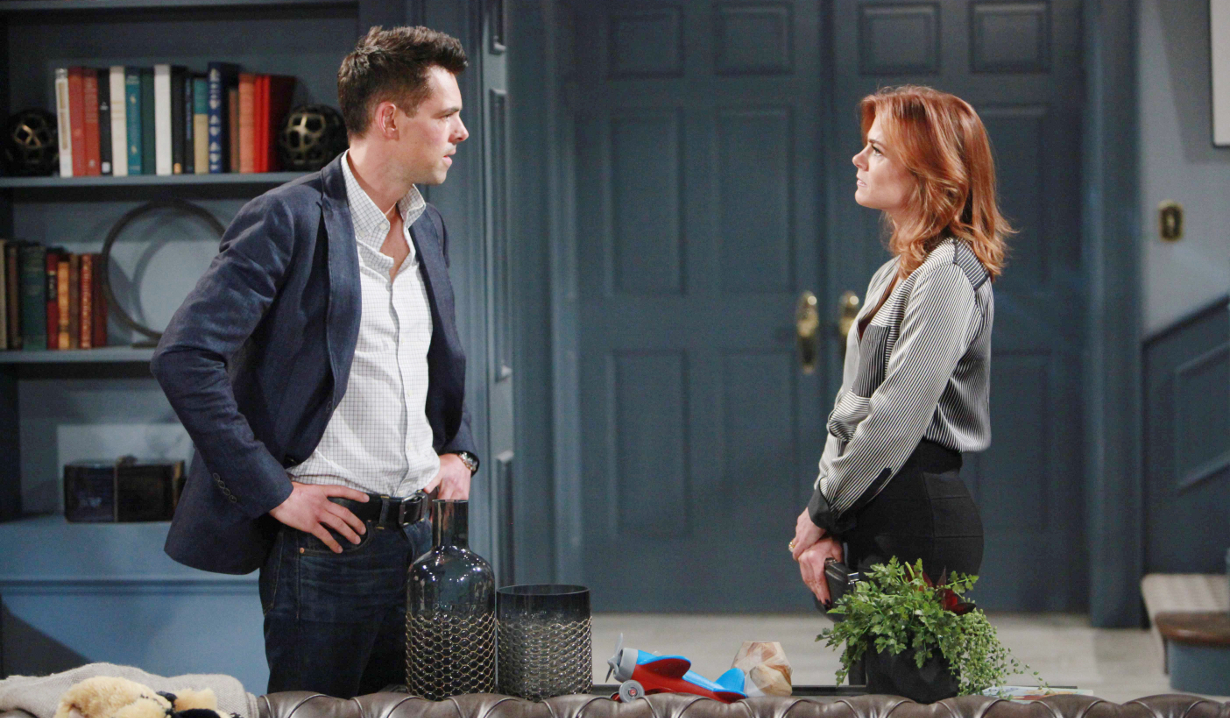 When trying to make it better goes wrong.

The Bold and the Beautiful:
After Wyatt encounters the man who married him to Steffy in a compromising position, he realizes his marriage be in danger. As he contemplates what to do, Liam decides to go after what he wants, though his father lectures him that chasing after Steffy could be more trouble than it’s worth. As he tries to keep the family from crumbling, Ridge doles out advice to Steffy and Brooke finds something to feel guilty about. Check out The Bold and the Beautiful spoilers to learn why Nicole wants Zende to step away from his job.

Days of our Lives:
Things get grisly at the commune in California and someone winds up in the hospital. Back in Salem, Nicole and Dario sneak around to find something damning to use on Kate, who finds herself on the receiving end of an offer from Victor. Meanwhile, Theresa is eager to tie the knot with Brady as soon as possible as Summer tells Maggie how she feels about him. Read the Days of our Lives spoilers to find out who Chad is apologizing to for his behavior.

General Hospital:
After Obrecht unearths evidence that casts Finn in a bad light, he refuses to explain anything. Meanwhile, Jason is startled by how much Sam has managed to dig up. But that’s not as surprising as who Nathan has to arrest. Across Port Charles, Sonny divides his time between helping out Dante and making more threats against Julian. Read Soaps.com’s General Hospital spoilers to learn who gives Liz some haunting information.

The Young and the Restless:
Things between Billy and Phyllis continue to unfurl as their clothes come off and she fails to come clean to Jack. Meanwhile, Lily tries using Ashley to take Hilary down as Adam tries to use Ian to save himself. As Victoria probes Travis about his past, someone’s scheme to split up Luca and Summer blows up in their face. Visit The Young and the Restless spoilers to discover who is backed into a corner in Genoa City.