Soaps.com’s Comings and Goings: Molly Burnett and Nick Stabile to fill in at General Hospital, and One Life to Live’s Bree Williamson back to daytime 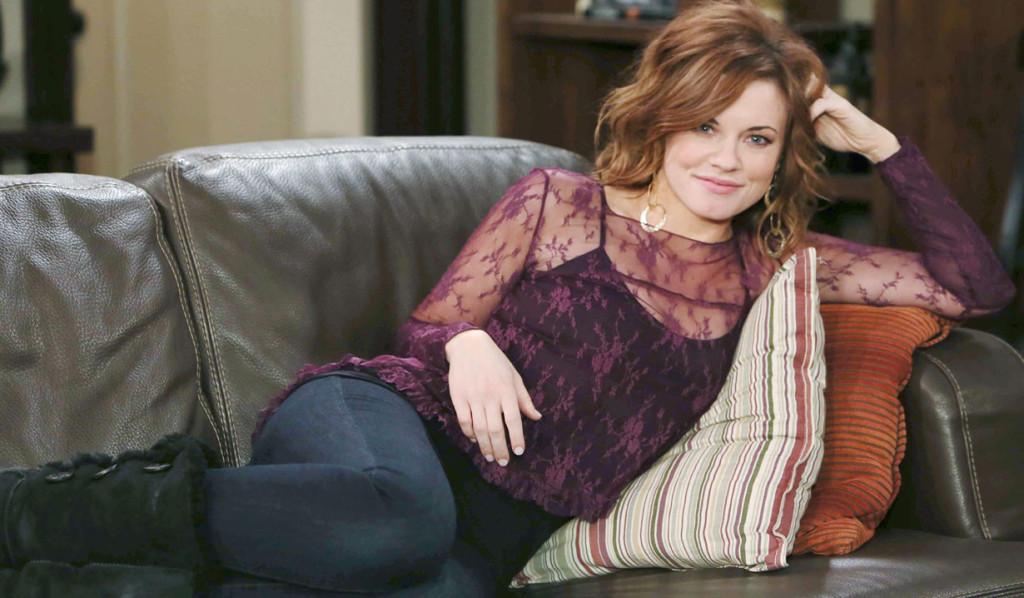 Casting news in May included the return of some favorites, a handful of casting calls, and some temporary recasts.

The Bold and the Beautiful:
Dan Martin was back on “B&B” in May as hot dog loving Lt. Baker, and actor Kurt Caceres appeared as attorney Ed De La Rosa. The show also put out two new casting calls, one for the contract role of ‘Kat’, a stunning brunette in her 20s, and the other for the recurring role of a 16 year-old boy. Watch for other “B&B” cast changes through The Bold and the Beautiful comings and goings.

Days of our Lives:
Real Andrews debuted as Hal in May, Siena Goines began appearing as Simone, Matthew Ashford popped up when Jennifer (Melissa Reeves) saw Jack, Reiley McClendon played a ‘shady guy’, and Joseph Mascolo turned up in Salem as Stefano’s ghost. Casting calls went out for two short-term roles – Brad and Vicky – a wealthy polished couple in their late 40s to early 50s, and for the role of a tough inmate named Sheila, to be filled by an actress of any ethnicity in the 30 – 55 year age range. News broke that Thaao Penghlis has signed on to play baddie Andre DiMera for another two years, Kassie DePaiva will return as Eve, Patsy Pease and Charles Shaughnessy will be back as Kim and Shane, Larry Poindexter will appear as Father Louis, and Aaron Lustig will come to Salem as Dr. Wright. Find out who he played on a CBS soap through Days of our Lives comings and goings.

General Hospital:
In May, Robin Mattson returned as Port Charles’ Heather Webber, Ian Buchanan popped in as an apparition of the late Duke, Teresa Castillo was back as Sabrina, “Good Morning America’s” Abbie Boudreau and George Pennacchio appeared as themselves, and Jacklyn Zeman returned as Bobbie. Vinessa Antoine (Jordan) tweeted that Tequan Richmond was due back as T.J., Robin Riker was cast as Rachel’s mother, Naomi, Bree Williamson landed the role of Nathan’s ex-wife, Claudette, and Trent Dawson is joining the show as Huxley. Jeffrey Vincent Parise left “GH” when his character, Carlos, died, and Roger Howarth was confirmed to be staying on as Franco, despite rumors. Two temporary casting changes will see Nick Stabile playing Nikolas while Tyler Christopher is off for personal reasons, and Molly Burnett pinch-hitting as Maxie while Kirsten Storms deals with skin issues. Find out when you’ll see these recasts onscreen through General Hospital comings and goings.

The Young and the Restless:
Sofia Pernas was back as Genoa City’s Marisa in the month of May, Hugh Armstrong appeared as Dr. Rosen, Hannah Barefoot played Fiona, and CBS North Carolina anchor, Sharon Tazewell popped up in scenes as a reporter. Jess Walton reprised her role of Jill, Chrishell Stause debuted as Bethany, and news broke that Elizabeth Hendrickson is headed back to “Y&R” as Chloe. Find out if her return will be short or long-term through The Young and the Restless comings and goings.