Soap Summaries: An addiction, an arrest, a divorce and the Nurses’ Ball 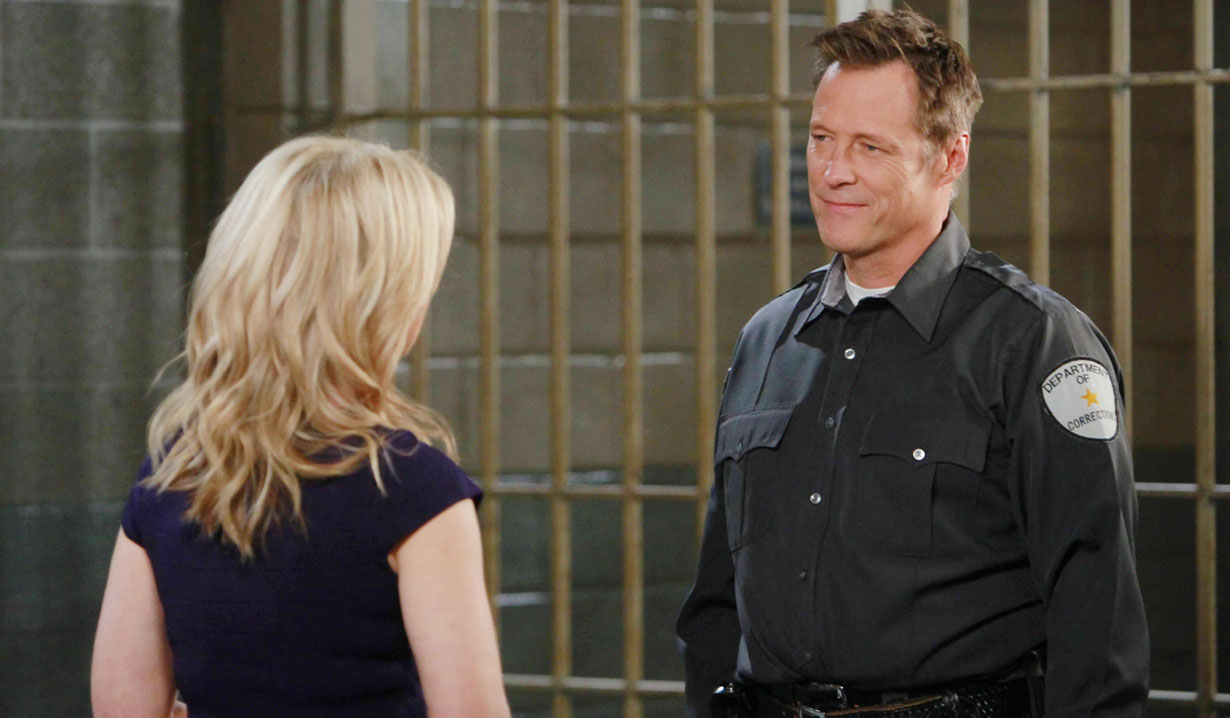 Liam didn’t press charges against Quinn on “B&B.” Jenn finally faced her demons with the help of family, friends and Jack on “Days.” The Nurses’ Ball was filled with drama on “GH,” and Adam was arrested on “Y&R.”

Before the new week in daytime begins, get refreshed on everything that happened up until now through Soaps.com’s episode highlights and daily soap opera recaps.

The Bold and the Beautiful:
Sasha announced her pregnancy to Nicole. After Nicole admitted Zende had already told her, Nicole and Maya gave Sasha a pregnancy test and challenged her to take it right there and then. Elsewhere, Bill anticipated Quinn going away for a longtime but Wyatt begged Liam not to send his mother to prison. Liam went to the station, where Lt. Baker asked if he was ready to press charges against Quinn. Liam ranted at Quinn for what she’d done to him but was forced to admit everything that happened between them had been consensual. Though Liam vowed to never care about her and continued to believe Quinn was a scheming woman, he didn’t press charges but ordered her to stay away from him. Quinn promised to be the woman he fell in love with in the cabin. Read the Bold and the Beautiful daily recaps to learn what Rick and Maya named their baby girl and how Thomas reacted to Ridge’s plans for him in Shanghai.

Days of our Lives:
Hope broke from Aiden’s kiss and warned it was too late for them. After she begged him to leave Chase in jail, Hope went home where Rafe professed his love. Later, after Aiden visited Chase and promised to get him released, Andre warned that Aiden better get him released as well and threatened to divulge more information to Hope. As Ciara feared what she would do to Chase if he was released, Chase was attacked and rushed to the hospital. Elsewhere, Shawn and Belle made love and reunited, as Kate slapped Deimos after finding Nicole at the mansion in a robe. Kate warned him not to play games with her, but Deimos privately insinuated that he might be playing Nicole. After Kate stormed off, Deimos kissed Nicole. Jenn finally reached out for help with her addiction. While waiting out the night with Lucas, Doug and Julie until a morning AA meeting, Jack came to Jenn in her dreams and helped her realize her life was worth fighting for. Read our Days of our Lives daily recaps to find out what John and Steve uncovered during their search for Joey and Jade.

General Hospital:
Sonny and Michael saved Sabrina then returned to Port Charles. Rachel located Finn at the hospital and handed over $10,000 to make up for what her father did to him. Later, Obrecht warned Finn she was looking into his past. Rachel arrived home, caught Nik with one of her diamonds and realized he’d sold some in order to maintain his lifestyle. Alexis summonsed Diane to her place, hired her as her attorney then admitted that Julian was mixed up in the Carlos mess. Many attended the Nurses’ Ball, which began with Nina running the red carpet like a tabloid, Liz falling into Franco’s arms, Griffin acting as Maxie’s date and Bobbie passing out. As the event went on, sweet songs were sang, half-naked performances were made and Jason was served legal papers. All the while, Lucas caught someone drugging Bobbie and was attacked at the hospital. As Lucas flatlined, Nik’s body was found on the rocks outside of Wyndemere! Back at the Ball, Morgan spied Dillon and Kiki kissing and Sabrina surprised everyone with a performance – before her arrest. Read our General Hospital daily recaps for Paul’s reaction to Carly finding his and Ava’s sex tape and what led to Anna’s confession.

The Young and the Restless:
Summer gave Victor the heads up about Nikki filing for divorce prior to Nikki arriving at the prison and serving him with papers. After Victor agreed not to fight Nikki, he told Meredith about the divorce. Elsewhere, Dylan arrested Adam upon receiving autopsy results from Constance’s exhumed body. After Adam was released, Michael confronted Victor for setting up his son. Though Adam planned to go on the run with Chelsea, Vikki convinced him to stay and fight their father. Vikki went to Hank’s Bar in search of her missing cell, which Travis found. He saw a photo of her, Billy and the kids and accused ‘Tori’ of having another life. Jill returned home, butted heads with Hilary then found Billy with a naked girl, Bethany Bryant, at the mansion. After seething at Billy for turning Katherine’s home into a man cave, Jill located Jack and Phyllis, who was stunned as Jill ranted about finding Billy with a girl wrapped in a sheet. Read The Young and the Restless daily recaps to learn what Jill said to Vikki in regards to Billy.

Tyrese Gibson Wants Rihanna In The ‘Fast & Furious’ Universe: She Has The ‘Spirit Of A Fast Girl’