B&B, Days, GH and Y&R Stars: Where are they now? Tracy Melchior in Dreams I Never Had and Eva Longoria married 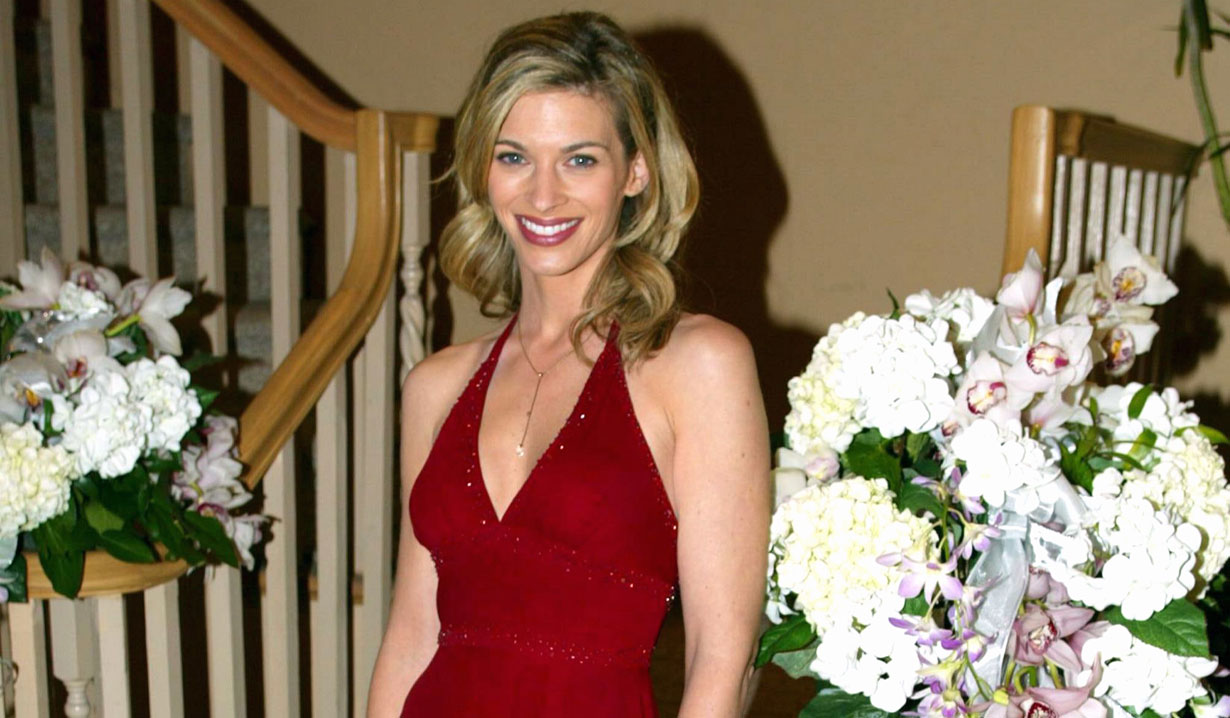 Former “The Bold and the Beautiful,” “Days of our Lives,” “General Hospital” and “The Young and the Restless” actors have new primetime guest appearances, a Lifetime movie, one was caught lip-syncing to Lil’ Wayne, a wedding and more in Soaps.com’s latest weekly column.

Tracy Melchior films Dreams I Never Had.
“The Bold and the Beautiful” recurring actress Tracy Melchior, who’s played Kristen Forrester on and off since 2001, is filming “Dreams I Never Had.” She’ll play Defense Attorney Bedford in the film that follows a teenage girl who’s being held against her will as a worker in the home of a wealthy American family. A young illegal worker from Mexico befriends the girl, who also helps give him hope as the two make plans to escape. Stay tuned for the April 1, 2017 release. Melchior’s other daytime credits include “One Life to Live” (Kelly Cramer Buchanan, 2003), “Passions” (Renee, 2000), “Sunset Beach” (Tess Marin, 1999) and “The Young and the Restless” (Veronica Landers, 1996 to 1997).

Gina Rodriguez lip-syncs to Lil’ Wayne.
“The Bold and the Beautiful” alum (Beverly, 2011 to 2012) and star of “Jane the Virgin” Gina Rodriguez recently appeared on Spike TV’s “Lip Sync Battle.” The actress took the stage in disguise as Lil’ Wayne and lip-synced to his hit “A Milli,” opposite Wilmer Valderrama (“That 70s Show,” Grey’s Anatomy). Watch the fun scene right here on Soaps.com.

Larry Poindexter guest-stars on Major Crimes.
Daytime recurring actor Larry Poindexter will be turning up on TNT’s “Major Crimes.” Though details surrounding his guest-starring role have yet to be released, fans can look for him during the season five premiere on Monday June 13 at 10:00 PM. Poindexter appeared on “Days of our Lives” as Father Louis (2014) and Ben Welch (1984), “General Hospital” as Dr. Asher Thomas (2005) and “Santa Barbara” as Justin Moore (1986) and has had a very successful primetime career with roles on such series as “Bones,” “CSI: Crime Scene Investigation,” “State of the Union” and “Blade: The Series.”

Taylor Spreitler stars in Kevin Can Wait.
Back in February, Soaps.com reported that Taylor Spreitler (“Days of our Lives'” Mia McCormick, 2009 to 2010) would be starring in an upcoming Kevin James (“King of Queens”) unnamed project. We’re excited to report that the show, which was picked up to series, has been given a title, Kevin Can Wait with Taylor Spreitler as Kendra. Keep an eye out for the series in CBS’ 2016/2017 line-up as well as the actress playing Marissa in the January 6, 2017 release “Amityville: The Awakening.”

Ron Melendez guests on Criminal Minds: Beyond Borders.
Former “General Hospital” actor Ron Melendez (Dr. Andy Archer, 2007 to 2009) will guest-star as Owen Wagner in the Wednesday May 25 season finale of “Criminal Minds: Beyond Borders.” In the episode titled “Paper Orphans,” a young daughter of an American family is kidnapped in Haiti where the International Response Team arrives to investigate, and Jack (Gary Sinise) and Karen (Sherry Stringfield, “Guiding Light’s” Blake Spaulding) make preparations as their daughter is about to head off to college. Tune in to CBS at 10:00 PM. Melendez’s Port Charles character also turned up on “General Hospital: Night Shift” in 2007.

Yvonne Zima stars in Lifetime’s Killing Mommy.
Yvonne Zima (“The Young and the Restless'” Daisy Carter, 2009 to 2012) will star in Lifetime’s upcoming Thriller “Killing Mommy.” The actress will play twins Deb (an ex-addict) and Juliana (college student) Hansen who’ve grown apart over the past four years since their father’s death. After their mother Eve, who Juliana relies on financially, announces her engagement and plans to sell the family estate Deb threatens her life, leading Juliana on a race to save their mother. Tune in Saturday June 11 at 8:00 PM. Also, Zima appears in the Ryan Gosling film, Nice Guys.

Eva Longoria and Jose Antonio Baston married.
Back in December Soaps.com reported that former “The Young and the Restless” (Isabella) and “Desperate Housewives” actress Eva Longoria was engaged to Jose Antonio Baston . On Saturday May 21 the couple tied the knot at sunset in the garden on the grounds of their Valle de Bravo, Mexico home. People reports that the bride wore a gown designed by Victoria Beckham with the groom dressed in a gray, three-piece suit by Italian designer Brunello Cucinelli. Soaps.com congratulates the couple and wishes them a lifetime full of happiness!

In our garden, surrounded by a small gathering of people we love, Pepe and I tied the knot! #TalkAboutBlessed #ImStillFloating #OmgMyFeetHurt

The bride to be was radiant all weekend… @evalongoria #EvaAndPepe

Soap Summaries: An addiction, an...