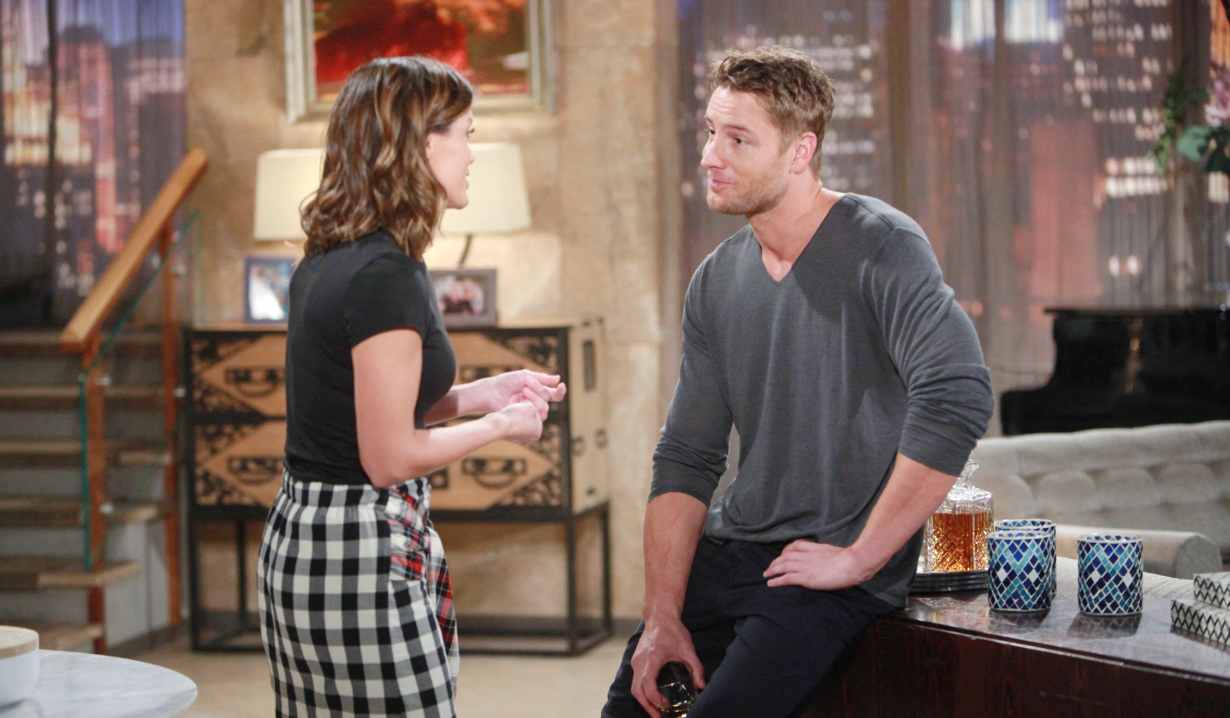 The Bold and the Beautiful:
Nicole heads into labor with her family surrounding her… except for Julius, who shows up late. Not to be dissuaded, Zende dresses up in hospital scrubs to smuggle himself in so that he can reconcile with Nicole. While Sasha gets comfortable at the Forrester mansion, things get incredibly uncomfortable between Brooke, Katie and Bill following a romantic moment. And Quinn may get put away after her attempt to confront Steffy goes awry. Check out The Bold and the Beautiful spoilers to learn who drops their towel.

Days of our Lives:.
As Andre and Aiden strike a deal to keep them both out of trouble, Hope continues to have mixed feelings about the ‘dead’ man’s return. Meanwhile, Justin wishes that Victor would just forget about Deimos and Kate tries to get him to run off to Vegas to elope so he’ll forget about Nicole. Though romance doesn’t seem to be in the cards for them, it might be between Belle and a drunken Shawn. Days of our Lives spoilers to find out what Fynn discovers in Salem.

General Hospital:
The pressure from Julian’s latest bloody actions continues to wreak havoc on his relationship with Alexis. Meanwhile, Rachel finds herself in need of help and turns to Tracy for it, though that won’t get her far. It looks like Nikolas could use some help with his problems too. As Obrecht begins snooping around in Port Charles, Kevin and Laura wind up revisiting her past. Read Soaps.com’s General Hospital spoilers to learn who begs Morgan for something.

The Young and the Restless:
After Victor throws Chelsea off-kilter in Genoa City, Adam has to do his best to reassure her that the mustache won’t be able to ruin their lives anymore. But his promises may not be enough to insure that. Meanwhile, Luca encourages Summer to do some of his dirty work at Newman. And things continue to get dirty between Billy and Phyllis while they get increasingly sullen for Nick after he reads a page from Sage’s diary. Visit The Young and the Restless spoilers to find out who Nikki turns to.