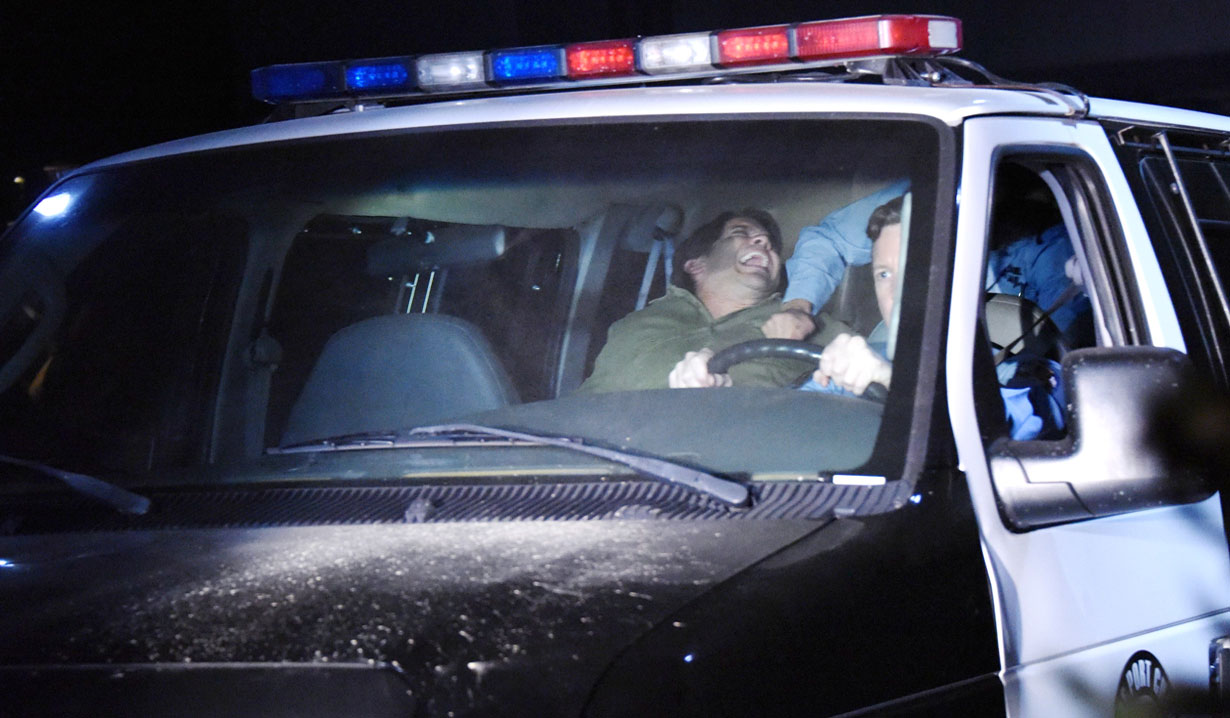 A dangerous turn of events.

Thomas took Douglas and drove off on “B&B.” Aiden revealed Andre’s manipulations to Hope on “Days.” Heather and Duke resurfaced on “GH,” and Billy and Phyllis had sex on “Y&R.”

Soaps.com has episode highlights and daily soap opera recaps to get readers caught up on their favorite soaps before a new week of drama begins.

The Bold and the Beautiful:
Ridge claimed Thomas owed him for betraying him by taking Caroline to bed and insisted on raising Douglas with his wife as their own. Though Ridge warned that by Thomas staking a claim on Douglas it would put the baby in the middle of a scandal, Thomas refused to turn his back on his son. Thomas took Douglas from Pam’s care and drove off. When he reached the cabin, he called Ridge and asked Caroline to meet him, alone. She arrived and both apologized for the night of Douglas’ conception and the lies that followed. Caroline promised not to cut Thomas out of Douglas’ life and convinced him to stay quiet about their son’s paternity. Bill visited Steffy and shared his worries about his sons fighting over her. After he urged her to concentrate on Wyatt, Steffy visited Liam, who begged her to leave his brother and come back to him. Wyatt arrived and demanded Liam back off for Steffy’s sake. Read the Bold and the Beautiful daily recaps for Steffy’s reaction to seeing Quinn, who was arrested shortly after appearing at the beach house.

Days of our Lives:
Aiden explained to Hope how Andre replaced him with a double then kidnapped and held him hostage. Hope had Aiden arrested, where everyone at the Salem PD demanded to know who he really was. Though Aiden relayed private details from their past, Hope still turned her back on him. Roman then proved Aiden’s identity by comparing his DNA with Chase’s. It wasn’t long before Hope and Aiden made their way to visit Andre. Elsewhere, Steve learned from Claire that Joey ran away with Jade to LA and told Kayla he was headed there to locate their son. As Steve touched base with Jade’s father, Joey and Jade arrived at her aunt’s commune. The hospital was quarantined after many Salemites were admitted due to an unknown flu strain. Paul suspected Yo Ling was behind the deadly strain and testing of the evidence from John and Paul’s kidnapping case proved the synthetically made virus had been injected into Paul. Kate ran into Victor, who warned her away from Deimos, then almost caught her lover and Nicole kissing. Read our Days of our Lives daily recaps to find out what left Chad devastated after his latest visit with Abby.

From the soaps vault! Soaps’ most surprising births

General Hospital:
Franco visited Heather and admitted he’d been experiencing dark thoughts again. When he asked how to get Nina back, Heather urged him to take Nina to bed and daydreamed about becoming a grandmother. At the scene of the accident, Jason’s mind struggled with visions of Helena, Carly, Sonny, Robin and Sam. The visual encouragement from Sonny helped him save Dante and led to him getting his memories back. Nathan ran after Carlos and ended up with a skull fracture. Carlos then made his way to the docks where he knocked out Anna and stashed her in a warehouse freezer where she dreamed of Duke until Andre rescued her. Julian endured backlash from Sam, who accused him of still being a criminal, and received a call from Carlos asking for help. The men met on the docks, where Julian stabbed him. After Michael found Carlos, he was rushed to the hospital, where Griffin, a former priest, agreed to give him his last rites. Carlos refused to divulge information about Sabrina or Duke’s murder and flatlined. Read our General Hospital daily recaps to hear what cryptic comment left Maxie wondering about Griffin’s need to save Nathan.

The Young and the Restless:
Neil tried to explain the events leading up to and during Hilary’s absence but Cane revealed the truth to Lily, who angrily confronted her kidnapping father. At the lab, Max claimed he had only tried to prank Abby and hadn’t meant to cause her fall. Stitch arrived and comforted his son, who finally confessed he’d wanted Abby and the baby gone. Max was then admitted into a hospital for psychological reasons. Victor continued to manipulate Meredith in prison and even convinced her to reach out to her father – the head of the judicial review committee. When Adam witnessed it firsthand, he privately warned Mr. Gates that Victor had been using Meredith. Elsewhere, after Phyllis denied Fiona’s accusation that she wanted Billy, Fiona warned Jack to keep an eye on his wife and brother. It wasn’t long before Jack caught Billy and Phyllis holding hands. Billy stormed off, leaving Jack to question Phyllis’ relationship with his brother. Phyllis went to Billy’s, warned that Jack had become suspicious and vowed to stay away from Billy – but ended up having passionate sex with him. Read The Young and the Restless daily recaps to learn who kissed a stranger and who was caught kissing a rival.