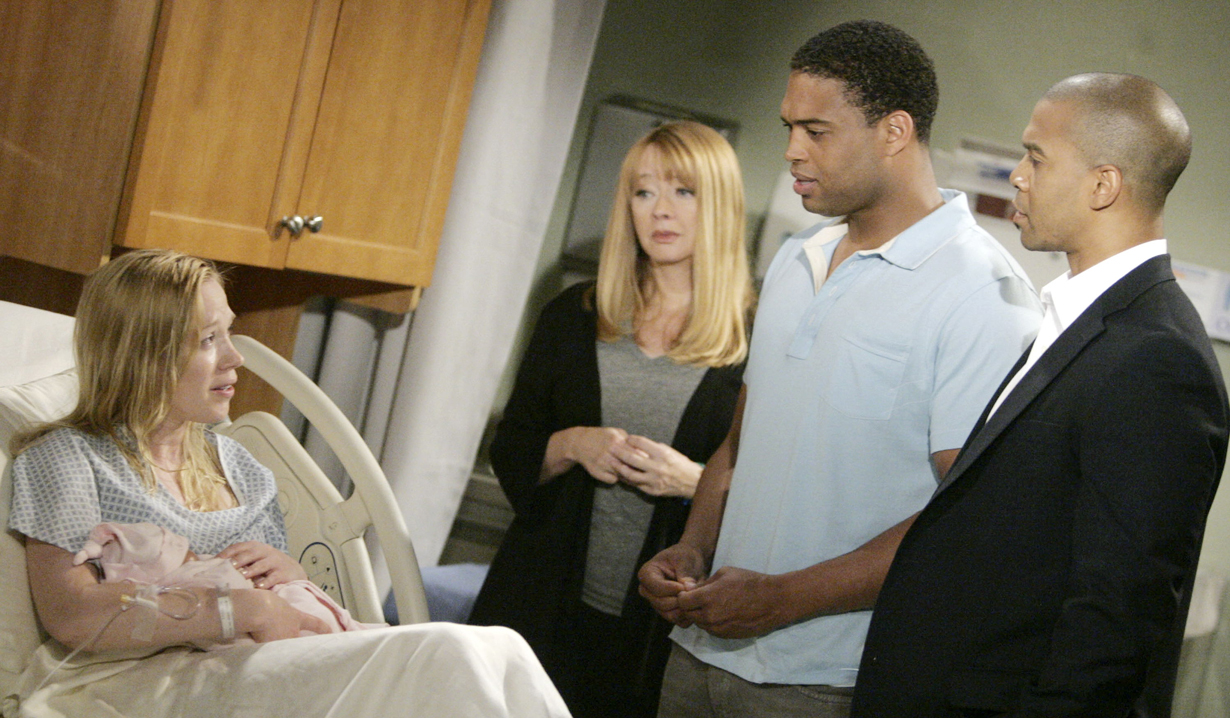 So glad they made it.

It’s rare that soap opera deliveries go as easy as Ridge (Thorsten Kaye) and Caroline’s (Linsey Godfrey) tender, somewhat sappy home water birth, paternity questions aside. Babies are typically born into soap operas already carrying a fair amount of baggage and the drama usually just amplifies from there during the delivery. In honor of Mother’s Day Soaps.com has rounded up some of the most outrageous deliveries on Bold and the Beautiful, Days of our Lives, General Hospital, and Young and the Restless. It is impossible to include them all, so let us know in the comments your favorite soap birth memory.

Jennifer Horton, born in a blizzard

If only because this is noted as the first baby born on Days of our Lives outside of University Hospital, Jennifer’s (Maren Stephenson) birth in Rosie Carlson’s (Fran Ryan) farmhouse during a blizzard was truly a life-or-death situation for both mom and baby. Jennifer’s father Dr. Bill Horton (Edward Mallory) was on hand to aid his wife Laura (Susan Flannery), which was much needed as the baby was in a breech position. Too bad he had one bum arm and only inexperienced Rosie to assist, so a C-section that would have been performed at the hospital was out of the question. Still, they all managed the risky birth and Jennifer was born healthy while the snow piled outside.

After the young General Hospital nanny Heather Grant (Georganne LaPiere) seduced married Jeff Webber (Richard Dean Anderson), the resulting pregnancy was not enough to convince Jeff to leave his wife Monica (Leslie Charleson) for her. Jeff gave her money for an abortion but instead of following through, Heather left town, had the baby in secret, told Jeff he died, then sold baby Steven Lars anonymously to the family she was a nanny for, Diana (Brooke Bundy) and Peter Taylor (Craig Huebing). Heather ended up getting the husband she wanted in Jeff, but it soon became unbearable to be around her son, now called PJ (Martin Hewitt), and in an effort to drive Diana crazy to get her baby back, Heather accidentally overdosed on LSD meant for Diana.

Years after Bold and Beautiful’s Amber Moore (Adrienne Frantz) gave birth to Rick Forrester’s (Jacob Young) stillborn baby and buried him in the desert. After Amber unsuccessfully passed her cousin Becky’s baby off as her own, you would think she would have learned her lesson. But after she got pregnant with Oliver’s (Zack Conroy) baby years later she tried to pass it off as Liam’s (Scott Clifton) by letting him believe they had sex while he was suffering from a concussion. (Liam needs to watch his head better apparently). But everyone was in for a shock when baby Rosie was born black, and obviously not the child of either Oliver or Liam. After Liam awkwardly cut the cord, it was soon revealed the baby belonged to her sometimes-lover Marcus (Texas Battle).

Ciara Brady, born in a warehouse

When Days of our Lives babies aren’t popping out at St. Luke’s church (Brady, Claire, etc.) or the Horton cabin (Abigail, Isabella, Parker, etc.), empty sheds and warehouses fit the bill. That was certainly the case when Hope Brady (Kristian Alfonso) gave birth to Ciara (Dakoda and Danica Hobbs), who at the time she thought was the child of one-night-stand Patrick Lockhart (Brody Hutzler). Unhinged at the fact Hope and Bo (Peter Reckell) were able to work past the idea of her giving birth to another man’s child and remained together, Patrick kidnapped Hope and took her to a warehouse. Bo arrived as Hope was going into labor and after Ciara was safely born Patrick admitted to falsifying the paternity results. For weeks, Bo and Hope called the newborn “Doodlebug” until they settled on Ciara. 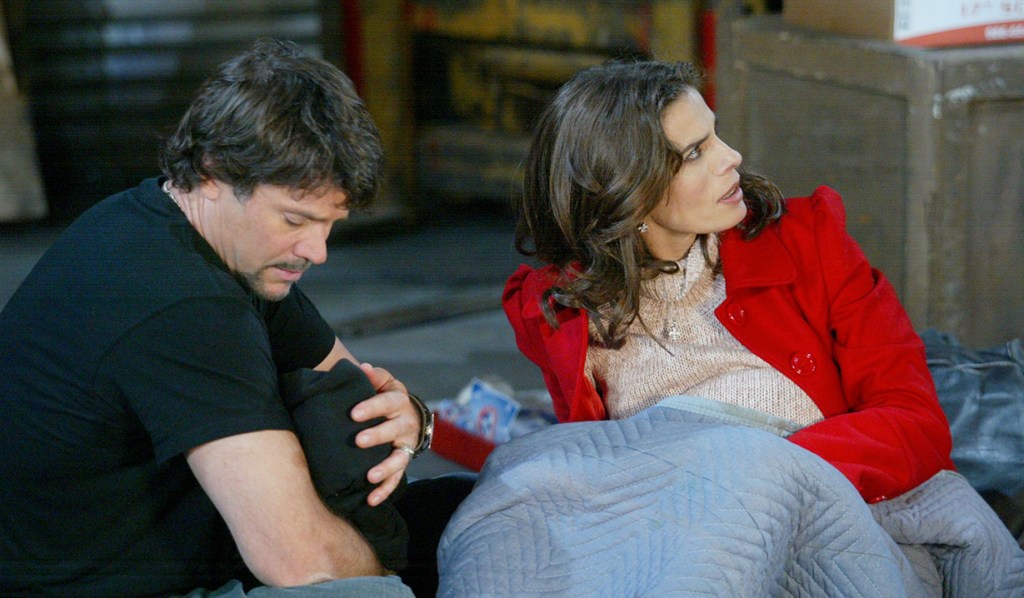 Danny Morgan, stolen from a shed

Heather Webber (Robin Mattson) was involved with another General Hospital baby swap in some misguided way to mend her relationship with once-sold son Steven (Scott Reeves) by switching Tea Delgado’s (Florencia Lozano ) dead baby with Sam Morgan’s (Kelly Monaco) alive one – with the help of Todd Manning (Roger Howarth) of course. Sam had already given birth at the dingy motel where she had been living earlier that night, then tried to walk herself to the hospital in freezing temperatures with the seemingly-sickly newborn before passing out in a shed along the way. Enter nemesis Heather and that baby didn’t stand a chance of getting swiped. When Todd arrived with Tea’s dead baby, Heather swapped him for Danny and set the dead baby in a planter box for a devastated Sam to find the next day.

Young and the Restless’ Victoria (Amelia Heinle) got caught in quite a pickle when she went into labor while locked in the Jabot parking garage, trapped there by the deranged mother of Ben Rayburn (Sean Carrigan) and Kelly Andrews (Cady McClain). After Vikki’s romantic rivals – and contenders for possible pop for the coming baby – Ben and Billy (Burgess Jenkins) realized the pregnant Victoria was missing they tracked her phone to the parking garage, finding it tossed in the garbage. After turning off the exhaust vents they were able to hear Victoria calling from the closet and busted in – and just in time. It wasn’t long before Billy was coaching Victoria while Ben delivered the healthy baby girl. It turned out the baby was Billy’s, and they named her after the great Katherine Chancellor (Jeanne Cooper).

JJ, born in a cave on Melaswen

Being born in a cave is strange enough, but being born in a cave on an island that hosted thought-dead residents of Salem and now we’re talking a birth worthy of Days of our Lives. That is exactly how little JJ Deveraux was ushered into the world, born on the island of Melaswen (New Salem backward) after his mom Jennifer (Melissa Reeves) went there in search of his father, Jack (Matthew Ashford). Jack was believed to have been murdered by the Salem Stalker nearly nine months to the day before JJ was born, but many of the victims of the serial killer – thought to be Marlena (Deidre Hall) – were actually transported to the island with exact replicas of their homes tucked among the tropical plants. Jennifer was reunited with Jack, everyone who was thought dead came back to life, including Alice Horton (Frances Reid), and everyone made it back to Salem, including the newest addition, baby JJ.

Taylor Hayes (Hunter Tylo) was already pregnant with twins Phoebe and Steffy on Bold and Beautiful when she contracted tuberculosis from a homeless man named George who later died from his illness. Despite how high-risk this made her pregnancy she refused treatment and put her own life in danger out of fear for the health of her unborn babies. Despite Ridge’s (Ronn Moss) pleading, her condition deteriorated to the point where she even flat-lined and had an out-of-body experience with the homeless man. But she was able to rebound enough to give birth to Steffy and Phoebe, though she nearly died in the process.

When Kate Roberts (Lauren Koslow) was unable to get pregnant she decided to go the in-vitro route and went to the doctor’s office to be implanted with Victor’s (John Aniston) sperm. However, this being Days of our Lives things didn’t go exactly as planned. The fertilized egg ended up in Vivian Alamain (Louise Sorel) instead after she stole the egg in an effort to get Victor for herself. She implanted herself with the fertilized egg and carried the baby to term, then ended up giving birth to Philip (Jay Kenneth Johnson) at the Salem Inn – delivered by Kate. Kate quickly passed the baby on to Victor for some loving bonding among the three while Vivian laid in bed plotting her next move to get Victor for herself.

Babies have a high probability of getting stolen at birth in Genoa City, and that was the case with little Faith after Sharon (Sharon Case) gave birth to her on Young and the Restless. Years before she was even born, her sister Cassie Newman (Camryn Grimes) predicted on her deathbed that Nick and Sharon would have another daughter together someday, but despite this Sharon kept insisting that Jack Abbott (Peter Bergman) was the father. When Nick’s brother Adam (Michael Muhney) accidentally caused his stepmother Ashley (Eileen Davidson) to miscarry, he made her believe she was still pregnant, landing her in the same psychiatric ward as Sharon. When Sharon gave birth, Adam took the baby, handed her to Ashley and made Nick (Joshua Morrow) and Sharon believe their daughter had died. It was months before the truth came out but it seems Sharon still hasn’t learned to not give birth at the mental hospital. 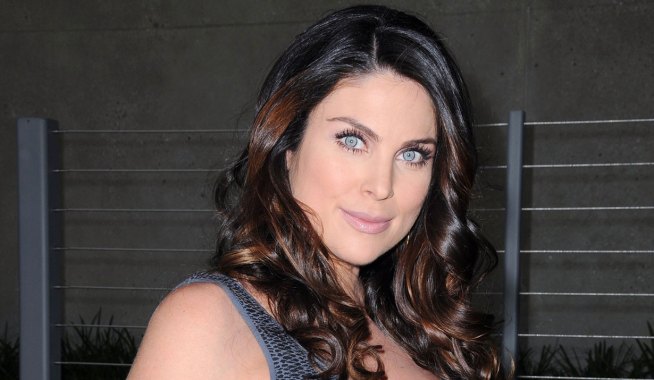 B&B, Days, GH and Y&R Stars: Where are they now? Patty Weaver unveils art collection, as Jack Wagner stars in The Wedding March 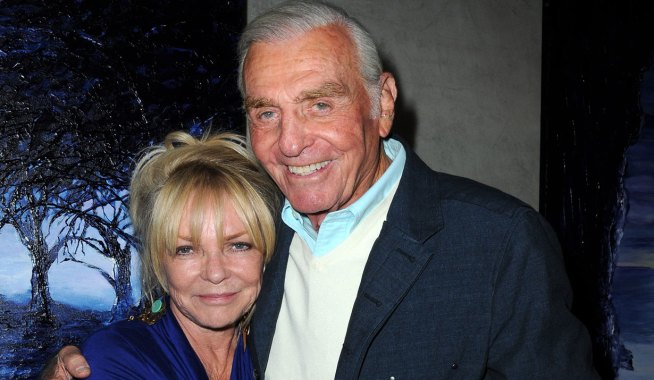