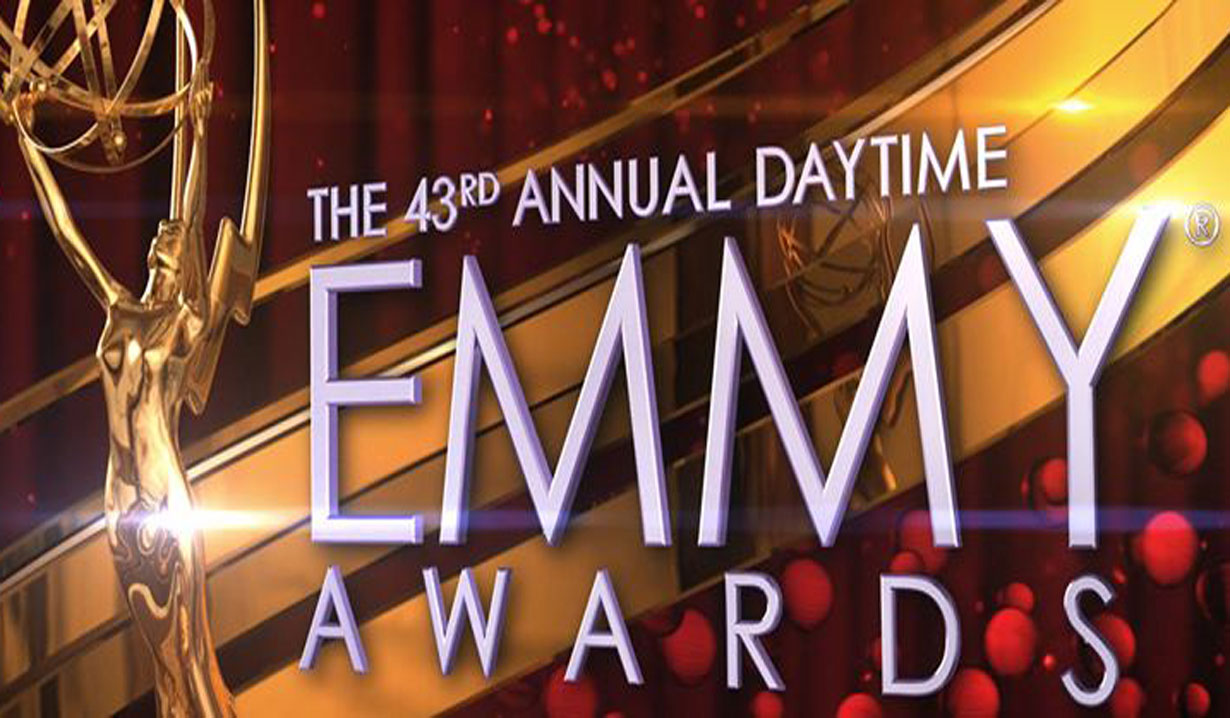 Many are gathered tonight, Sunday May 1, for the 43rd Annual Daytime Emmy Awards, where the soap operas and their actors are being honored for their 2015 work. Though the ceremony isn’t televised this year, Soaps.com is reporting live from the Westin Bonaventure Hotel in Los Angeles, California and is bringing you all of the daytime winners as they are announced. Please refresh your page often, as the winners will be bolded in red below…

#DaytimeEmmys is on! Our host, Kristyn Burtt using Facebook Live during the show here – https://t.co/aXcQpbMp6N pic.twitter.com/6wBvXeTUaX

Please note: You can watch the full ceremony through the video at the end of this article.

Outstanding Drama Series:
“General Hospital” – WINNER
“General Hospital” submitted the April 1, 2015 52nd anniversary episode where in a black and white flashback Luke Spencer uncovered how he caused the deaths of his parents in his childhood home and the December 21, 2015 episode when during an argument between Jason and Nik at the Nutcracker Gala, Nik went over the edge .
Nicolas Bechtel (Spencer) tells reporters how long he plans on being on the show… “50 years plus!”

Outstanding Drama Series Writing Team:
“The Bold and the Beautiful” – WINNER
Bradley Bell, “Trying to bring daytime into a place where it reflects what’s going on in the world today.”

Outstanding Drama Series Directing Team:
Of the live show Larry Carpenter stated, “We had a couple of mishaps… We did it once and then we did it again ninety seconds later for another timezone.”
“General Hospital” – WINNER

Outstanding Lead Actor:
“General Hospital’s” Tyler Christopher (Nik) – WINNER
Christopher won for the February 25/26, 2015 episodes where Spencer was burned badly and Nik feared his son would die as a result of the fire. “I read the material and I trust it and whatever creeps in, creeps in.”

Outstanding Lead Actress:
“Days of our Lives'” Mary Beth Evans (Kayla) – WINNER
Evans won and submitted the November 16, 2015 episode during a tearful conversation Bo asked Kayla how long he had to live before the tumor took his life and the December 1, 2015 episode where in an attempt to reunite his parents Joey locked Steve and Kayla in a hospital supply closet. “My daughter actually wanted to come but I said no.” [Just in case she lost!] Blakemore was unable to attend the awards ceremony, due to taping an episode of “Devious Maids,” but visited CBS’ “The Talk” for their fifth annual After Party on Monday May 2 to give his acceptance speech.

Outstanding Supporting Actress:
“The Young and the Restless'” Jessica Collins (Avery) – WINNER
Collins won and submitted the June 8, 2015 episode during a heated argument over how bad her ex had hurt her Avery screamed for Joe to get out of her life and the June 29, 2015 episode where she opened up and Avery revealed to Phyllis that she’d been raped. “He really let me into his personal life, Maurice.”

Outstanding Younger Actress:
“Days of our Lives'” True O’Brien (Paige) – WINNER
O’Brien won for the May 20/21, 2015 episodes when Paige slapped her mother then Paige confronted JJ for sleeping with Eve. In reference to Paige: “I always thought she was going to commit suicide.”

Outstanding Guest Performer in a Drama Series:
“The Bold and the Beautiful’s” Obba Babatunde (Julius) – WINNER
Babatunde won for the August 11, 2015 episode where after defending his opposing views Julius was thrown out of Maya and Rick’s wedding . “Julius is in the process of growing.”

Watch the full ceremony right here on Soaps.com! Hover over the video to turn up the sound.